To may 2 in Iran, there was a tendency to reduce the number of new cases of infection

In Iran, where previously hundreds of people were dead because of “drugs” from the new pneumonia, has created a test system which helps to identify the presence of coronavirus in 30 seconds. About it informs news Agency Mehr.

The system, according to media reports created using nanomaterials. As reported, the new test is able to detect the presence of coronavirus up to 95%, including at the initial stages of the disease. But while the test system does not pass muster.

Note that until may 2 in Iran, there was a tendency to a decrease in the number of new cases of infection. The number of cases per day reached a peak of 3 186 30 March, and then began to decline and reached a low of 802 cases. But after may 3, this figure started to increase again and over the past eight days remained to be 1.3-1.7 thousand. Now in the country revealed more than 110.5 thousand people infected, have died at least 6 733.

We will add that the Iranian authorities since April 11 began to gradually terminate the measures imposed in connection with the coronavirus.

A large part of the population returned to work, open shopping centers and hairdressers, cancelled the restriction on movement between provinces for personal vehicles.

And earlier 103-year-old woman recovered from coronavirus in Iran. 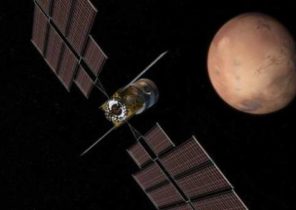