Usually we are afraid of weight gain during the Holy month of Ramadan from eating food during this period. It is, of course, is about our addiction to excessive consumption of sugar, sweets and sweetened drinks. However, a diet high in glucose is not only way to weight gain, along with it affects our intellectual capacity. Yes, you may not like sweetened foods and beverages, but this does not mean that you do not consume refined sugar, as it is one of the most common ingredients in processed foods. Below we take a closer look at the negative impact of refined sugar on our brain.

Not the same thing: refined sugar and “good” sugar

There are many types of sugar, but they are converted to glucose. While foods that contain natural sugar (natural sugar found in fruits and vegetables, nuts, whole grains and legumes), generally rich in other nutrients, including vitamins, minerals, fiber and protein, necessary for the proper functioning of the body.

Given that natural sugar, not usually injurious to health, as it is not used in too large quantities, we concentrate on the refined sugar which is extracted from sugarcane or sugar beets. This is usually sucrose (made from fructose and glucose) that is present in cakes, biscuits, cereals and sweetened beverages. It also contains in products, which we are not accustomed to thinking of sweet, such as sauces, milk with low fat or ketchup.

Although foods containing refined sugar are a good source of energy, they are low in nutrients or may even be absent in them, but to raise the level of glucose in the blood.

Glucose is important for brain

Our body needs energy to sustain life. We get it from glucose, which is a simple form of sugar. We know that eating sugar in large amounts can lead to various health problems until cardiovascular disease and diabetes, not to mention the damage to teeth and excess weight. What about our brain? How sugar affects his work?

As mentioned above, glucose is the main energy source for every cell in the body. Because the brain is a huge number of nerve cells, it is the most energy-intensive organ. Such brain functions as thinking, memory and learning, closely connected with the level of glucose in the body, the degree of brain’s ability to use this energy source.

For example, if the brain has insufficient glucose, it interferes with the production of neurotransmitters, and connectivity between neurons is disturbed. In addition, hypoglycemia can lead to loss of energy required for the brain, which leads to deterioration in attention and cognitive functions.

Can increased intake of sugar become an addiction?

When we eat, our bodies start different processes. Our language sends signals to the brain regarding the taste of what we ate. Also the gut and the brain begin to exchange signals, and the latter begins to produce dopamine, known as the hormone of happiness, and because of this we feel good. In turn, this further convinces us that the use of this food useful. When it comes to sugar, the more dopamine is released your brain, the more you tend to increase the amount of food intake.

“Reward centers” in the brain, which is glucose, are the same centers that are stimulated during drug use and alcohol. As shown by a study published in 2018, according to the results of experiments on animals, and based on data from the health authorities on the issues of obesity and food addiction, there is strong evidence of the presence of the so-called “sugar addiction”. It is a disorder resulting from psychoactive substance use according to 5 of the 11 criteria described in the Diagnostic and statistical manual of mental disorders (DSM-5).

Was conducted another study on animals, according to which some people sweet foods can cause more addictive than cocaine, since at times it affects the “reward centers” is much stronger drug.

The negative impact of sugar on the brain more dangerous than you can imagine!

Despite the importance of glucose for the brain, as we mentioned above, this energy source can cause serious problems. A study conducted by researchers from the University of California in 2012, revealed a positive Association between the consumption of fructose and the aging of cells. In 2009, two groups of scientists from the University of Montreal and Boston College, conducted another study. According to its results was revealed a direct link between excessive ingestion of glucose with memory impairment and cognitive impairment.

In addition, a diet with a high content of refined sugar reduces the production of the brain chemical known as brain-derived neurotrophic factor brain (BDNF). Without it, our brain cannot create new memories, learn and remember anything. Levels of neurotrophic factor in the brain is particularly low in people with impaired glucose metabolism, for example, diabetics.

In other words, the consumption of refined sugars and always significantly reduces the production of brain-derived neurotrophic factor in the brain. Low content of this chemical in the brain begins to contribute to insulin resistance (metabolic syndrome) and causes type 2 diabetes and related health problems.

According to the results of another study, in conjunction with the regular ingestion of refined sugar the brain receives signals of saturation, which encourages us to eat more and to spend all the time in the refrigerator. The scientists also found a link between low levels of brain-derived neurotrophic factor in the brain, depression and dementia.

According to some researchers, eating sugar in large amounts can cause inflammation in the brain, causing impaired memory. In the study by 2016, published in the journal Behavioral Brain Research, it was observed inflammation in the hippocampus of mice on a diet with a high sugar content.

However, the good news may be that glucose-induced inflammatory process can be stopped. According to a study published in 2017 by the journal Appetite, memory impairment, caused by the ingestion of glucose can be avoided by eating a healthy diet with low sugar content.

In addition, research published in the journal Nutrients in 2015, showed that the decline in food glucose, intake of fatty acids omega-3 and supplementation with curcumin improves our memory.

The effect of glucose on mood

A study published in the journal Diabetes care, showed that people with type 2 diabetes reported exacerbation of feelings such as sadness and anxiety during a sharp rise in blood sugar levels.

A second study published in 2017 in the journal Nature, showed that people who consumed refined sugar in large quantity, the likelihood of developing mental disorders and of depression was 23% higher than the rest.

These and other studies convincingly show, as most of us does serious harm to their health by eating foods with a high sugar content. As the first blow falls on our brains, the consumption of refined sugar is as dangerous as Smoking or alcoholism. 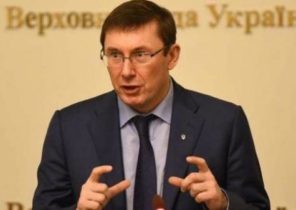