Apparently, many people dying during the pandemic COVID-19, more damage not the virus, their own immune system. The infection can provoke hypercytokinemia, or cytokine storm, as it is called the sharp rise of the signal proteins that cause inflammation that affects the lungs, tissue, and could lead to organ failure and death. But this phenomenon is not unique, and it is not limited COVID-19. Sometimes the cytokine storm occurs and in severe influenza. A recent study was conducted that sheds light on one of the mechanisms of metabolism that initiates this runaway inflammation.

Scientists have long known that virus infection can affect the cell’s metabolism, what do you call a system of biochemical reactions required to provide energy what makes the cell. In his new work, the researchers show that in living mice and in human cells influenza a virus (one of two types, usually causing a seasonal outbreak of the flu), produces a chain of cellular events or a cascade of reactions, which enhances glucose metabolism. This, in turn, gives an impulse to a cascade of cytokine production. And if you block a key enzyme responsible for a cascade of reactions with participation of glucose, you can prevent the deadly cytokine storm. This is stated in a scientific study published last week in the journal “science” (Science Advances).

This study was not devoted to the new coronavirus, but scientists say that it causes disease COVID-19 can act exactly the same mechanisms. This link may explain why people with diabetes are more likely to die from coronavirus.

When the virus infects a cell, he steals her resources to make copies of itself, explains immunologist Paul Thomas (Paul Thomas), working in Memphis at the children’s research hospital St. Jude Apostle and who was not involved in the new study. Infected cells have to activate your metabolism, to replenish the stolen resources, and healthy cells are forced to do the same thing to give an effective immune response, he says.

Previous research has shown that upon infection with influenza increases the metabolism of glucose, or the sugar molecule that feeds the cells activities. The authors of the new work as before was able to identify the metabolic pathway involving the signalling protein called regulatory factor interferon 5 (IRF5) through which the flu can lead to hypercytokinemia.

A team of scientists in their study at the molecular level find out how a cascade of reactions of glucose metabolism activated by infection, leads to uncontrolled immune responses. During infection high concentration of glucose in the blood makes the enzyme OGT to bind to IRF5 and to chemically modify it in the process of glycosylation. This contributes to another chemical modification, called ubiquitination, which leads to the reaction of the cytokine of inflammation.

The researchers infected mice with influenza a, and then began to introduce them sugar glucosamine, which causes the reaction of the glucose metabolism. They showed that it increases the production of cytokines. Next, they genetically took mice without a gene enable the production of OGT. These mice were not excessive cytokine reaction to glucosamine.

Finally, they analyzed blood samples taken from patients with influenza and in healthy patients in Wuhan, China in the period from 2018 to 2019. They found that in the blood of influenza patients the glucose level is higher and accordingly, higher content of signaling molecules of the immune system than in healthy patients. This result confirmed the idea that glucose metabolism plays a role in infection of influenza.

These findings indicate that to prevent cytokine storms that occur in influenza and other viral infections, it is possible to intervene in this cascade of reactions. However, such intervention should be carried out extremely carefully so as not to deprive body the opportunity to fight the virus.

“It is not excluded that interfere in the glucose metabolism should be with the use of chemical inhibitors, regulating the production of cytokines, says study co-author, Professor of Essen, Institute of Virology Mingji Lou (Mengji Lu). But it should be said that the energy metabolism is vital for our immune cells to fight the virus. Probably, it is important to combine antiviral treatment and inhibitors of the metabolism, suppressing the virus and at the same time relaxing an excessive immune response”.

A similar process of runaway production of cytokines is observed during COVID-19, says Professor Lu. However, we have no specific drugs that have an effect on the virus SARS-CoV-2, which causes the disease, he adds. And so the “interference in only one of the energy metabolism may lead to the destruction of the immune defense, but any good will not bring.”

Other scientists praised the study. “They did an admirable job in proposing and examining one mechanism through which metabolic changes may contribute to the inflammatory response,” says Thomas. Earlier studies in General showed that glucose metabolism plays a role in the response to infection of influenza. But the study shows in detail what happens at the molecular level, and how interference with this process can prevent uncontrolled inflammation, he said.

These findings confirm that, in 2018, the study of the same metabolic pathway using another virus along with colleagues discovered Haitao Wen (Wen Haitao), now working as a Professor of immunology at Ohio state University. The same conclusions in 2019 came another group of scientists. All three studies indicate that involved in this metabolic pathway enzyme OGT is needed in order to trigger a stress response of the medium by a viral infection. “The starting point of this stress response is to enhance antipathogenic immune response and in an attempt to fight the virus, says Wen, who was not involved in the new study. But if the inflammatory process continues, it will cause collateral damage”.

Taking into account the role of glucose, this cascade of reactions can we assume that the human diet is able to influence his response to viral infection? “This is a very good question, says Wen. — At the moment I think it is too early to draw conclusions about whether using a special diet to overcome viral infection”. Scientists know that people with type II diabetes more prone to infection of influenza in a severe form. But this is not due to the fact that they have higher blood glucose levels. The main reason, said Wen, is that they can’t use glucose effectively and therefore are unable to properly initiate an antiviral response.

Anyway, the hope is that intervening in the metabolism of glucose, we can prevent deadly cytokine storm that occurs in severe flu patients and COVID-19. But the team Lou have not yet conducted human studies. “Currently, we have no data on patients showing the effect of the interference in the energy metabolism, he said. — It is too early to draw conclusions about the possible clinical use”. 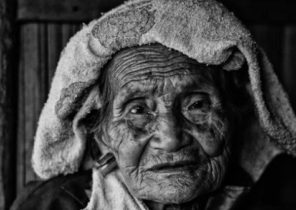