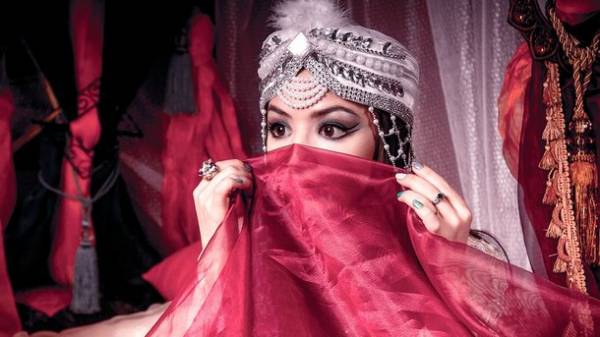 It is considered that women in the Arab families have no voice and no rights. Supposedly their life is like living in a cage. So it actually or not, let’s see.

In the Arab world revered family values and traditions that have not changed for centuries. It is believed that the fate of the girl enfolded her relatives. They choose for her husband, and her opinion no one is interested. But actually this is not true. If the bride is not liked by the bride, she has every right to refuse.

The marriage contract in the Arab families has long been the norm. Only the contract signed without the bride and groom and the parents of the girl and future husband. The tradition of dowry is observed, but is not mandatory. If the girl is pretty and educated, then the groom can give her tens or even hundreds of thousands of dollars.

In many Arab countries officially allowed harems, but not all men they are. The main reason is money. To have multiple wives rather expensive, especially considering that the husband should pay all the women of the harem equal attention. If giving jewelry, then all and not one.

A man can divorce a woman, if you pronounce the words “Talaq, talaq, talaq”, which means “release, release”. Wives fear more than fire. If suddenly the husband says the wife should leave the house that she’s wearing at this moment. Therefore women always try to wear all their ornaments, which they have done. Indeed, in Arab countries it is customary to prove his love not with flowers, but with gold.

Of course, the head of the Arab family is the husband, but the wife also has a lot of rights. She can participate in the solution of important family issues. Woman allowed to wear any clothes, but only when going outside she needs to wear a black cloak, as her beauty is supposed to see only the spouse.

If Arab women have a desire to learn, then it is not prohibited. Many girls even go to get an education abroad. How appropriate is another question. After all, after marriage to work they can’t. Their main responsibility is caring for her husband and children.

Each country has its own customs and traditions. What at first glance we may seem totally unacceptable in other cultures and religions is the norm. In any case, you can never judge by the outer shell, because under the black cloaks can hide perfectly happy women who another life will have no taste.