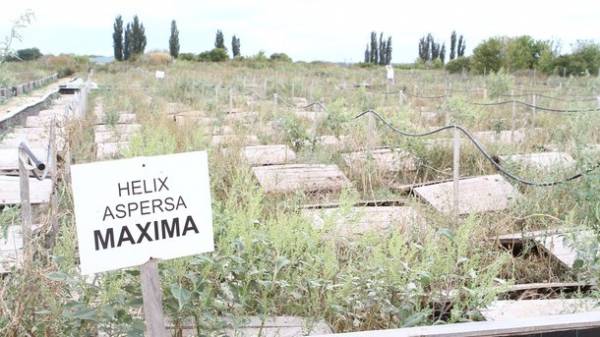 According to statistics 2016, Ukrainian farmers exported to 7 times more snails than the more familiar our agriculture pork fat. Moreover, the volume steadily increased. In 2013 Ukrainian producers exported 3 tonnes of shellfish in 2014, 58 tons, in 2015 – 260, and for the first 10 months of 2016 – 347 tons, reported the experts of “club of agrarian business”. The figures indicate that Ukrainians are ready for any experiments, and the requirements of the market, but would not graze the rear. France and its neighbors is a stable consumer of snails for escargot dishes, and this fashion is not. Still, snail meat is considered a dietary, digestible, vitamins B6, B12, iron, calcium, magnesium, ate them in Ancient Rome! Today I learned to eat also the eggs and the mucus secreted by the clams, was chosen in their recipes beauticians.

According to Gospodarevskaya, while the right to export products to the European markets are 5 Ukrainian companies producing frog legs and snails. And only one has mastered the production of snail slime with special Italian innovative technology – unique ozone odberatele. According to some, actually those who like in Ukraine collection (in nature), breeding and selling snails, at least 2-3 times more. There is even an Association of “ravlik of Ukraine” (Association Snail Ukraine): its leaders are convinced that the Ukrainians are no worse than, for example, Romanians who do not eat snails, but I have adjusted to the demands of the market and market Western Europe not only your product, but purchased from our manufacturers.

Startup during the “plague”

Sergey danyleiko – old businessman: he had successes and failures. In 2014, when the crisis began and a wave of emigration, and he started a snail farm – a it mildly, did not understand. A time to throw money on snails, when such instability? “And I’m after another failure looking for an alternative idea for a startup. And by chance on one of the forums came across the idea of growing snails for the European market, says farmer. – Remembered how once with his wife in Paris tried a dish of these shellfish, and we liked it. Studied the market and realized that it is time to buy broodstock”. 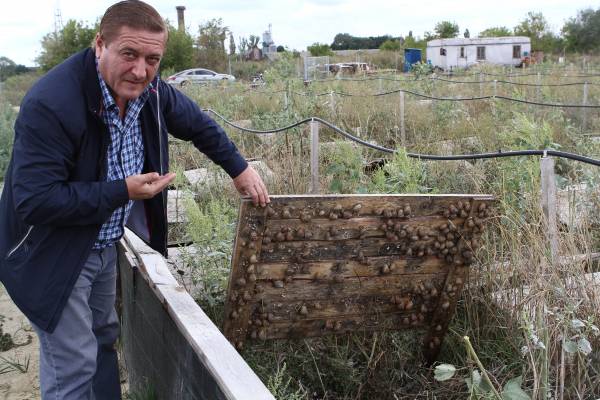 Its “bullying”. Senior displace to the edge of the smaller individuals

Snails in great abundance eat Portugal, Spain, France, Italy. And the Czech Republic, Poland, the Baltic States and the Balkans are grown for their product. “And every year the country imports 20-30% more snails. Last year, they together consumed about 150 thousand tons at requirement of 300 thousand, – the businessman cites data from Poltava. Foreign speculators say, in January of snails removed from the field, and in November they did not buy enough processors for each ton”. 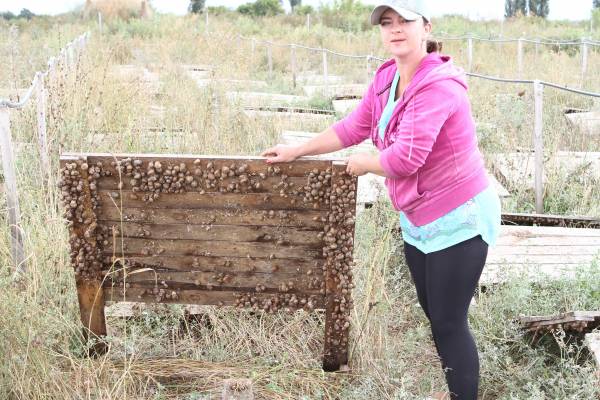 Road to success: the bitter experience

After two years of training-training in 2016 danyleiko founded the farm on two hectares of land. “Calculated and realized that messing around with a small area makes no sense: stretching, heating, system of maintenance of the ozone in the air and irrigation need at least 5 tons of snails, even for 50. Just a little more workers will be needed, and the process is the same,” – says Sergey. After five minutes of conversation with him the impression that he is a hereditary widowed and knows all about them, as if in my entire adult life. To penetrate deeper made life, says Sergey: initially, I read articles online, watched videos, and then paid several thousand euros for the three trainings in Poland, Italy and Latvia.

“And realized that they were at these lectures really do not tell secrets no one will share, he explains. And once in one of American online library, I found a book with the rare information about snails and learned, for example, why one snail at a time lays 80 eggs and another 180, and can affect it. Real experience, advanced breeding technology, practical advice – this is not a single speaker and the word is uttered”.

And then I had to learn from their mistakes. Over 3 years of experiments, Sergei suffered a loss, by its calculations, already to 20 thousand Euro: there was a drought, and on the farm do not understand, I lost a lot of snails. Wanted to collect 15 tons and received only 5. So exotic businesses costs, no matter how cool, expensive. 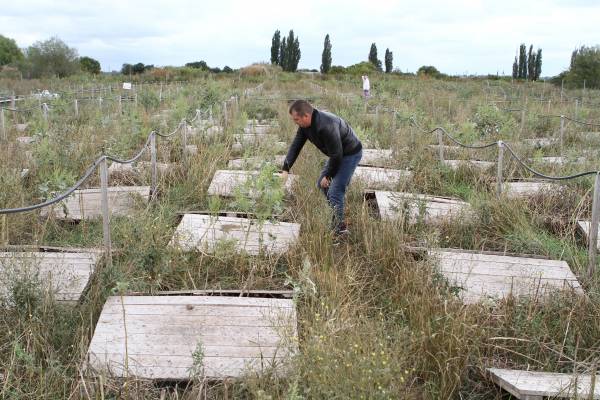 For snails – an eye!

Pets farm in the village Voinovka the weeds and not to distinguish. In dry windy weather, they prefer to hide under the boards stuck to the wall of the fence and are waiting for moisture. “And when raining, very active, straight ball which begins,” says the entrepreneur, raising shields, on which bunches that stuck snails. Unerringly he finds “houses”, in which took refuge the fat grown. 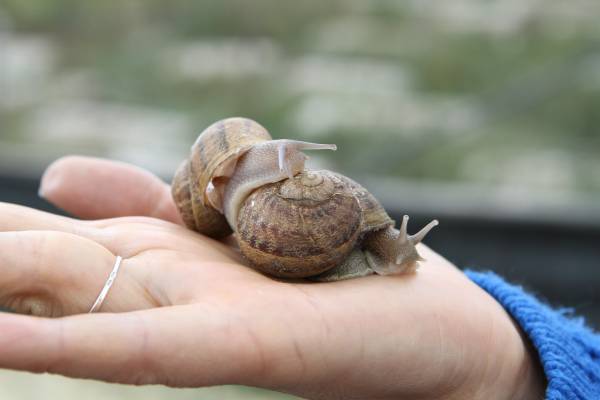 Their habits. To snail showed horns, enough to take it in hand: they react to heat

“They have their own “bullying” the older, larger snails, as you can see, bridges to the shields closer to the center of the square. And the youngest being squeezed on margins,” explains veteran widowed.
Managing to tell about the life of his “livestock”, he simultaneously suggests the orders on the plantation.

“See, “Muller” other meat, white. They are more difficult to grow: they are small, but the most expensive – it demonstrates the pet owner with knowledge of the matter. – But this, this plump, pregnant. Here’s another two… Julia, what are you so poorly chose them?” – he addresses to the worker.

“Searched everywhere, but they hide in thick grass” – justified Julia. 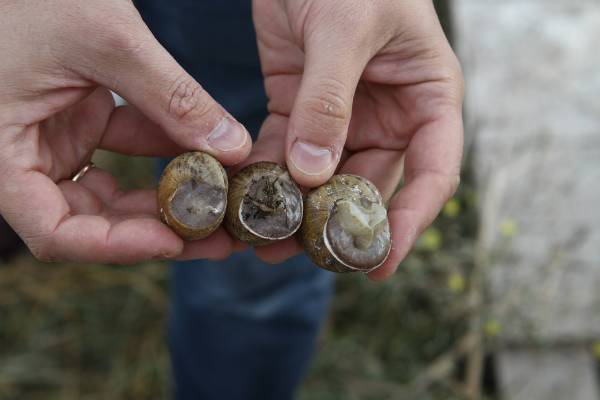 The details of the case. Third – plump, caviar

According to Sergei, in Europe snail thing called “business for a lazy man”. All routine work of the farm staff – time to sprinkle feed in the evening to water and collect the fugitives, who were lucky enough to leave the captivity and strive for freedom. It’s good that in this day the snail goes up to 4 meters. Although this is enough to, for example, to go to the guests: “Well, two “maxims” to “Mueller” got, – the trained eye of the owner easily distinguishes strangers in the square of snails special varieties. To go caution: inadvertently stepping between the shields, in five minutes you can crush the snails for a few euros.

Walk here and two kittens: guard, explain the staff of the farm. “Snails after all, eating field rodents, hedgehogs, birds. And cats hunt mice – those interested in more feed than snails,” explains danyleiko. Feed, by the way, this 21 component formula cost the employer several thousand euros. The mollusk feels the food for 3-4 meters and during the season a kilogram of snail eats at least a kilogram of food. 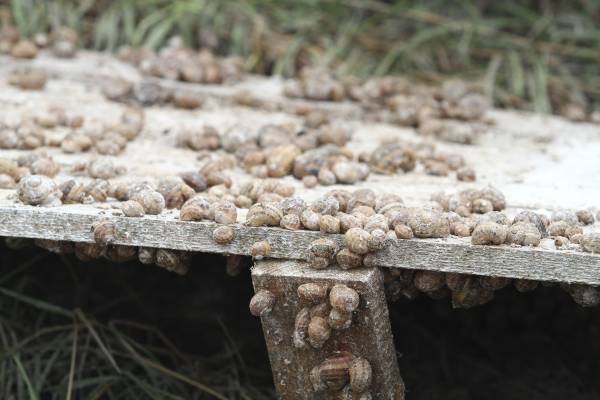 In the house. Do not hide, when wet and not hot

All that can capitalize on snail box (sell while in the domestic market of frozen snails and fillet), invested in his own development. The plans of Napoleon’s master: it company probed all the possibilities of export and exploitation of living snails, and the projects were only implemented. “Dealers from neighboring countries offered per kilogram of live bivalve molluscs 2-3 euros. When we get to Spain, I will give 4,5-7 € /kg (and the Europeans retail buy frozen semi-finished for 7-20 euros). But dealers need the volumes of the do not pull, it is necessary the development of farms, – says Sergey. – So I now collect like-minded people: three times already conducted workshops for those interested and know that next year will open a few tens of farms. Already purchased broodstock, will start from zero. I promise them support, but not free: my unique experience is worth the money.” 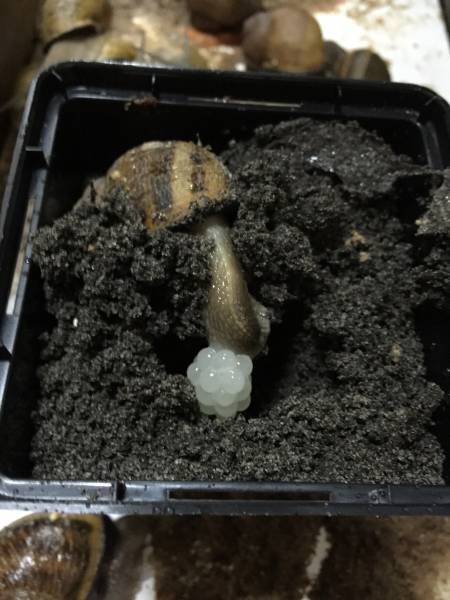 In the process. For laying eggs, the snail buries itself

Well the fact that the state veterinary service and she was learning along with litcologne: earlier rules for import and export of gastropods did not exist. But the certificate necessary for trade between Europe and Ukraine, according to danyleiko, already agreed upon, so that problems in the future for export should not be. “In the meantime, collect the eggs (in the past, this year we managed about 2 000 000 eggs already to take!), sell the young stock and feed, we buy snails in the fall and are preparing to send the first batch to Poland or Spain, – says Sergey danyleiko. – The demand for broodstock in Ukraine is very high, I sold them already about 2 tons – all future snail farm”. 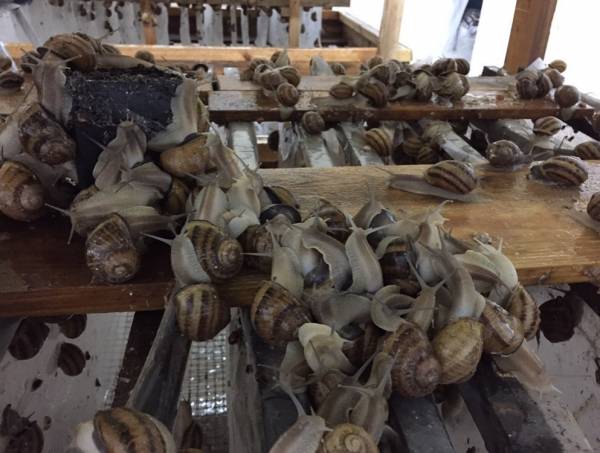 In October, the company danyleiko try to compete for a grant from the EBRD for the development of the case. If possible, Poltava snails will take part in another program. “I already have a verbal agreement with one pharmaceutical company for the joint manufacture of cosmetics with snail slime in the composition. They have already finished the recipe under a dozen products, and I bought the technology for the capture of mucus developed special equipment for this. A liter of mucus – this is 20-25 euros. But with 10 tons it is possible to take not less than 2-3 tons of the precious raw material”. 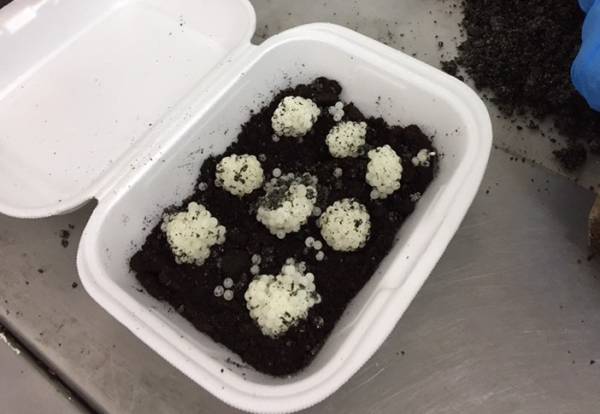 The finished product. Can now and banks

In Poltava feel great molluscs Helix Aspersa Maxima and more “elite” view – Helix Aspersa Muller. In March-June, snail eggs: for this, they burrow into the ground (special substrate in trays) and leave the white lump. If the goal is production of the delicacy remains, gently remove the caviar, to prepare for the technology and packaged in jars. 50 g of this caviar from the Ukrainian manufacturer (I think, still only) are 1850-2500 UAH, in Europe – about € 100.

If you allow the eggs to Mature, hatch babies. The young are growing up in the shop, then in the field until mid-autumn. 15 Oct snails clean: Sergey hires 20 people who become dense near field and combing the square by square (there are 4, 0.8 ha each). Later not: freezing will destroy the delicate “harvest”. And then someone in sales, someone in the broodstock. The first cut into fillets, frozen to the semis or sell alive, and the second, intended for reproduction, prepare with hibernation – cold-injected in a state of suspended animation. 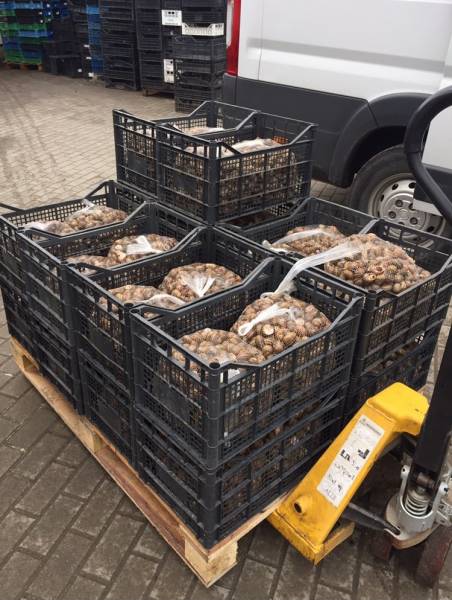 The contents of 50 tons of snails in Ukraine, according to the calculations of some experts, out of 30-40 thousand Euro per year. But if otminusovat expenses – feed, land rent, water, heating and electricity – it turns out (theoretically) about 140 thousand of profit. Yes, take them with mucus 10-20 tons (after the procedure, the snail remains alive) – plus another 200 thousand. “I myself have that kind of money to earn, it is not done for the year, although 3-4 would be necessary. I think next will reach 35-40 tonnes of the crop, and in a year will be 50-55”, – says the businessman.