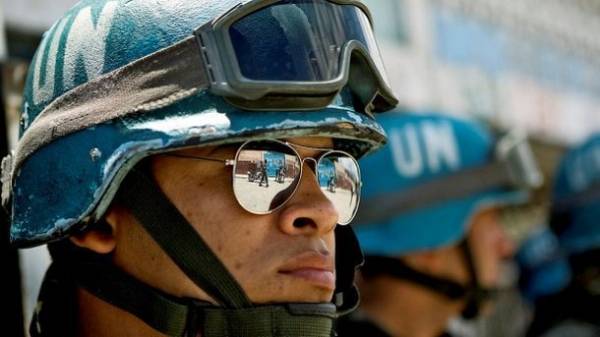 The presence of peacekeepers in the Donbass will not help to resolve the conflict, as they will not be able to force militants to stop attacks. This was told in the comment to the edition “GORDON” the coordinator of group “Information resistance”, MP Dmitry Tymchuk.

According to him, the peacekeepers, of course, increase the effectiveness of the OSCE observers, however, de-escalation of the conflict is not affected.

“First of all, we need to understand what type of a peacekeeping operation will be conducted. Yes, Putin seems to be agreed that the peacekeepers may not only be on the boundary line of the parties. But this does not mean that the mission will be able to influence the situation in the occupied territory. And Moscow insists that the peacekeepers actually should be the protection of OSCE personnel to ensure their safety. Without a doubt, the effectiveness of the OSCE in this case would increase, but let’s not forget that they are exclusively observation. That is, they can’t force fighters to cease fire or withdraw weapons from the contact line. They can only fix the violations. The peacekeepers just be to protect the observers from the militants,” – said Tymchuk.

He noted that the Russian President agreed to extend the mandate of the peacekeepers, because he understands that they’re not affected.

“I don’t see opportunities for UN peacekeeping mission somehow really affect the situation in the Donbass. In fact it is the main intrigue of the “consent” of Putin on the introduction of peacekeepers. Previously, when Ukraine has proposed to introduce a peacekeeping mission of the Russian Federation has sharply denied this option, insisting that this is impossible. And then Russia looked like the enemy of a peaceful settlement of the conflict in Eastern Ukraine. Now Putin made a familiar mnogohodovki and agreed to be peacekeepers. But in the format in which they will not be able to change something. This means that Moscow understands that the introduction of UN peacekeepers in the Donbass will not be effective, and therefore agrees to it,” – said the MP.

At the same time the MP stressed that such a calculation of the Kremlin will not help Russia to get rid of the sanctions.

“If for violations in the conflict zone were spelled out responsibilities of the parties, of course, the peacekeeping mission would make sense. And they will do the same, what is now the OSCE staff. For example, in the area Yasinovataya observers found tanks of fighters who should not be there. So what’s next? This does not affect the de-escalation of the conflict. That is going to happen all the same, only under the auspices of the UN. However, in this case Russia will be able to speak, saying that we went against the international community agreed on the introduction of peacekeepers, let us remove from us sanctions! That’s all,” said Tymchuk.

Recall, September 5 , the Russian President proposed the deployment of peacekeepers in the Donbas. However, one of its main conditions was the placement of the UN peacekeeping mission on the demarcation line.

Secrets of State: the Titan against racketeering and vodka as a “lubricant” in the way