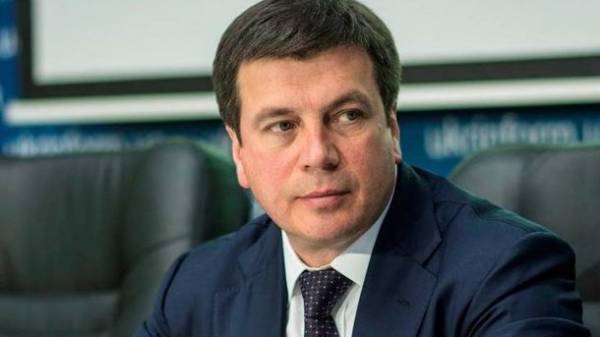 As the Minister said, the document is called “On amendments to some legislative acts of Ukraine on land resources management within General relativity”.

Zubko said that this bill is “long time waiting for all of General relativity”: the law aims to strengthen opportunities and investment attractiveness of territorial communities.

“Provided a powerful resource and a new impetus for the development of local communities. The right to dispose of lands of state ownership, to address issues of development, to determine the appropriate base will attract a GRT investment funds for infrastructure projects and to manage them efficiently. This is an important decision in the framework of decentralization and strengthening the capacity of communities” – explained the Minister.

The bill assumes that General relativity will have the impact on all land plots on its territory – including the community will be able to set the fee for the use of land. Responsibility for such decisions will be borne by the local self – government body- local Council. 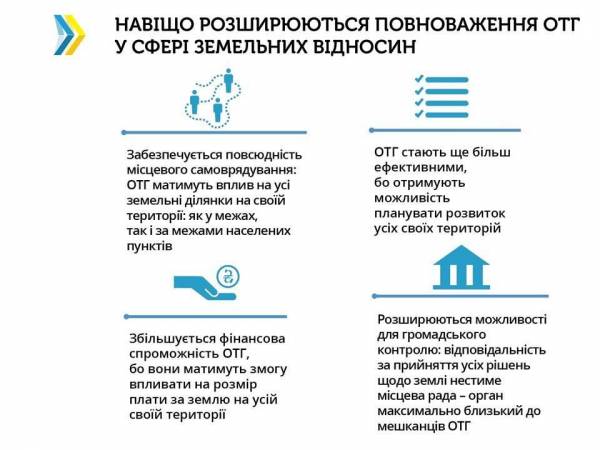 Powers in land issues, which, according to the bill, will receive the community:

However, these powers of General relativity will not apply to: 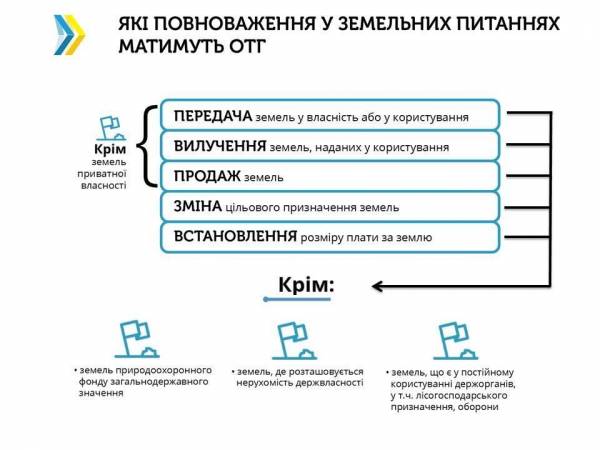