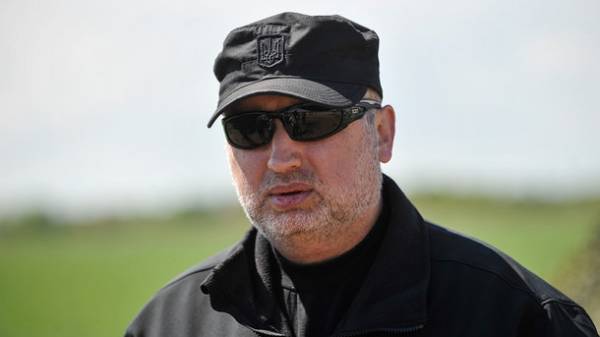 Secretary of the national security Council and defence of Ukraine (NSDC) Oleksandr Turchynov predicts that the defense budget for 2018 will provide not less than 162,7 billion. This was reported in the press service of the NSDC.

“The main funding will come from the General Fund, which will be at the level 156,4 billion. A special Fund will be formed solely on the basis of proposals of power ministries and departments and will be about 6.3 billion hryvnias, that is the total funding must be at least 162,7 billion hryvnia,” – said Turchinov.

“According to the NSDC Secretary, the defence budgeting takes place in accordance with the strategy of national security of Ukraine and will be at least 5% of the gross domestic product. This position becomes the axiom for the budget policy of our state”, – stated in the message.

Turchynov noted that during the budget planning must consider the issue of increasing salaries for servicemen, in particular, to increase salaries and salary according to military rank.

Also during the meeting discussed the development of the defence industry – Turchynov drew attention to the need to provide funding for the introduction of new technologies and the modernization of the leading defense enterprises.

Recall, the Cabinet of Ministers of Ukraine approved the State target program of reforming and development oboronno-an industrial complex in the medium term.