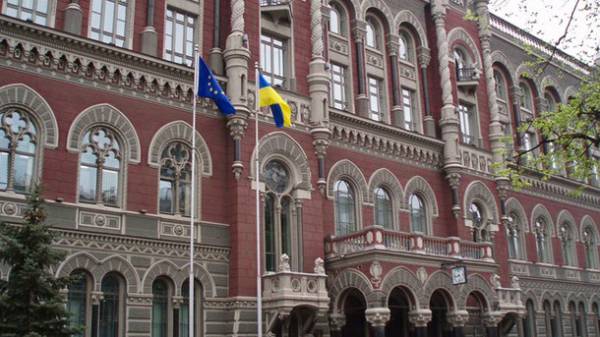 The Cabinet of Ministers of Ukraine approved the provision of the National Bank of Ukraine (NBU) authority for the establishment and maintenance of the credit registry.

The relevant draft amendments to some legislative acts on establishment and maintenance of the credit register of the NBU was approved during a regular government meeting on Wednesday, August 30.

Under the new powers the Central Bank will be able to:

In addition, the national Bank will be able to set certain levels of indebtedness of the borrower to the Bank, under exceeding of which, the Bank shall submit to the credit register information on carrying out credit transactions with such a client.

The bill also regulates the legal basis for the disclosure of Central Bank information from the registerto be provided to the banks and the credit Bureau and contains banking secrets.

The provisions of the bill also provide that a debtor customer of the Bank will have the right of access to information and the right to require changes to such information in the event of disagreement with its contents.

As you know, a group of deputies in mid-September 2015 registered in the Verkhovna Rada the draft law “On amendments to some legislative acts regarding the creation and maintenance of the credit register of the NBU”, No. 3111.

In the explanatory note to the bill No. 3111 stated that Ukraine undertook the obligation to establish the national Bank credit registry in the framework of the Memorandum on cooperation with the IMF.

The purpose of establishing a credit register at the NBU is the need for better credit risk assessment by banks and the reduction in bad loans.

According to the explanatory Memorandum, the introduction in legislation proposed by the draft law will allow to monitor the concentration of credit risk and to strengthen the monitoring of large business groups, particularly related to the owners of the banks.

At the same time, representatives of the associations of the credit bureaus opposed the idea of establishing a credit registry, the NBU, since, in their opinion, this could lead to a monopoly regulator on the market of credit histories.

As reported on the website of the Verkhovna Rada, in late November 2016 bill No. 3111 was withdrawn.

However, in mid-June of 2017, the Deputy head of the NBU Ekaterina Rozhkova said that the Central Bank intends to launch a test version of the credit registry of borrowers by the end of this year.