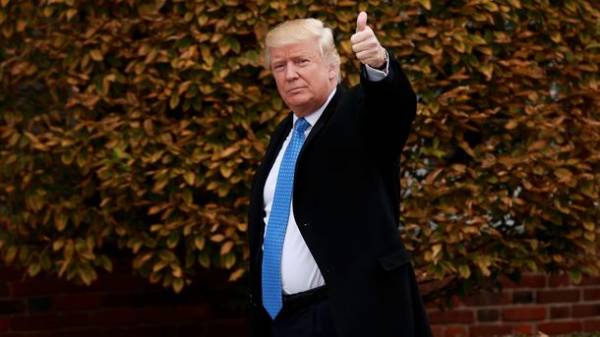 Then another businessman Donald trump visited the Russian capital to build a hotel here.

Internet users with nostalgia took photo, having begun to joke about the entourage 90s, then accompanied such events, and especially about the character of Leni Golubkova, not coming down at the time from TV screens.

“Trump has a fantasy: buy the wife boots”, “We’re not freeloaders – we’re partners!”, “Equivalent person”, “Mmm-tramp. Pararam”, “tramp come stock MMM bought”, “If not for Lenya Golubkov, not to be President”, “As the poet said Wisniewski: “Oh, how I starved myself without presentations!”, – joked the commentators.
Some even saw in the picture of Venezuelan President Nicolas Maduro: “There is more and Maduro on the right has wormed his way…”

Recall, Donald trump had planned to build in Moscow elite residential complex for foreign businessmen, for which several times visited the capital of Russia for business negotiations.