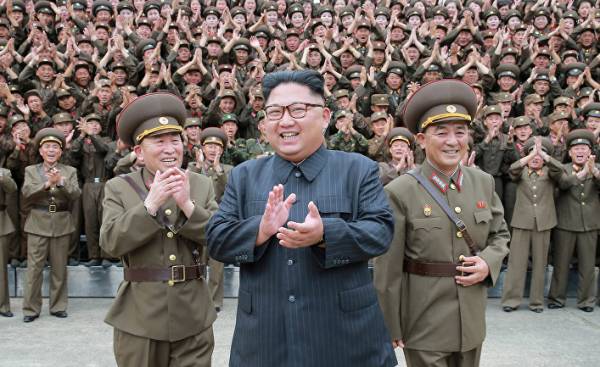 The Ukrainian authorities are desperate to prove that North Korea has received missile technology from them. American support for Ukraine critical

The dispute over missiles comes at a time when the U.S. government must decide whether to supply to Ukraine anti-tank missiles. These missiles can more effectively stop the Russian tanks that are used on the side of Pro-Russian rebels in Eastern Ukraine. So the question is crucial for Kiev: he has to prove to the administration trump that Ukraine can not be linked with North Korean missiles, which may soon hit the targets on the American mainland. After two successful launches of long-range missiles in July, the Security Council imposed its at the moment the most stringent sanctions against North Korea.

Ukraine is not to be envied. And Ukrainian assurances that the country is irrelevant to the missiles of North Korea, loud and desperate. But they are not necessarily trustworthy.

Everything is based on the report of the International Institute for strategic studies (IISS), referenced in New York Times. The author of the report Michael Ellemann (Michael Elleman) told the newspaper that North Korean missile technology is likely derived from the rocket of the Ukrainian enterprise “Yuzhmash”. Ellemann points to the fact that it is difficult to dispute: the post-Soviet defense industry has for a long time in deep crisis. After the collapse of the USSR and the Russian and Ukrainian military equipment in large quantities sold on the international arms market. In many cases, it was about the stolen equipment, which was under the control of officers who suddenly could remain without salaries.

Secretary of the Ukrainian security Council and defense Oleksandr Turchynov absolutely no doubt, when he says:

“”Yuzhmash” neither now nor ever before had nothing to North Korean missile programs,” — said in another statement. This time — a statement the plant “Pivdenmash”.

Maybe. But “Pivdenmash” — the enterprise which was a major supplier of missiles for Soviet missile defense, it also built space vessels as part of the Soviet space program. Today, the company is still owned by the state, is the most important in terms of enterprise technology in independent Ukraine. He have the rocket technology, and related drawings, and Ukraine was, and is, in the same way as Russia is the most corrupt country in Europe, if you believe the Corruption Perceptions Index.

Technology or drawings of the plant “Pivdenmash” could be in North Korea in different ways. In 1990-e years the West has been especially concerned about the fate of military equipment and nuclear weapons in terms of the chaos that reigned after the collapse of the USSR. English-language newspaper in Kiev, the Kyiv Post writes that in 2012 and 2015 were detained two North Korean diplomat, trying to photograph documents from the factory “Pivdenmash.” What North Korea did everything to get the Soviet — Ukrainian — rocket technology, can be taken for granted.

The solution in this case will take the administration of Donald trump. If we are really talking about the missiles or the technologies of Ukrainian origin who now threaten the United States from North Korea, the Ukraine will be difficult to apply for weapons from the United States. In addition, the administration of the tramp there is a significant split in the conflict between Ukraine and Russia. Traditional Republicans want to help Ukraine, and to continue sanctions against Russia. While the tramp and influential representatives of his administration initially wanted to normalize relations with Russia and Ukraine they are not too worried.

And then this political hornet’s nest has been added and “Ukrainian missiles” North Korea. 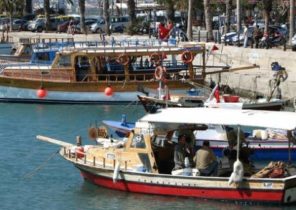 Antalya to suit all tastes: medieval tranquility by day and a mega club with entertainment for every taste — in the night 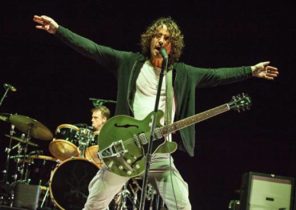 Why rocker decided to commit suicide? “One of the reasons can be lack of sleep”