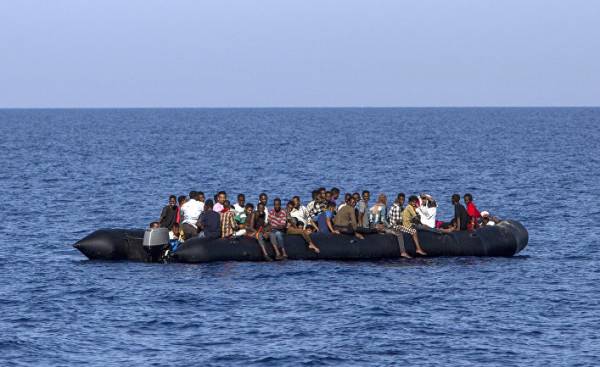 “For black Libya — this is modern slavery.” It’s time to leave. Visit to a detention center for migrants in Misrata came to an end. Ernest Kotkin wished to say a few words in private. Then the young Nigerian said the terrible phrase that perfectly describes his tragic Odyssey in the midst of the Libyan chaos. “In Libya we are only slaves,” he repeated, as if it were not clear enough.

Here in Misrata, a port city in the West of Libya, Ernest doesn’t know what to expect next. “We are tired and just want to go home,” he sighs. A green sweatshirt, chin breaks beard, and in his eyes is overwhelmed with confusion. This migrant with the shattered dream that was at the center of probably the most massive and brutal of the slave trade of our time.

In 2016 on the coast of Italy landed 180,000 people, mostly from Libya, where they entrusted their fate to smugglers. From 1 July the number of arrivals significantly declined: 13 500 30 500 over the same period last year (the reason for this is the increasing cooperation between Rome and Tripoli). The vast majority of aspiring to Europe, migrants coming from Central Africa, mainly from Nigeria, Eritrea, Gambia, Sudan, côte d’ivoire and Guinea.

“There you will have beautiful houses and cars”

The Mediterranean sea is very close to him, but Ernest did not even hope that one day I will be able to go. His entire horizon is limited to the rags covered the Windows and mattresses on the tile floor. In one corner stands a pot of pasta, the only rations for the prisoners. In this room two dozen Nigerians killing time staring into lime on the ceiling. Or go for a walk along the corridor, where there are Sudanese and the gambians do. The guards periodically take a look at the situation from behind closed doors.

The scale of the Libyan misadventures of Ernest a prison of Misrata, probably not the most difficult ordeal. The worst did not happen here. 27-year-old student, management specialist, left his native Nigeria to the middle of 2016. “The economy there is very bad, — he explains. There is no work”.

Eloquent smugglers easily convinced him to embark on a European adventure. “They told us: “Once in Libya, you have a week get to Italy, and there you will have beautiful houses and cars”. Like many others, Ernest believed these tales. And now blames himself for it. Because as soon as he crossed the border of Niger and Libya where there is nothing but sand, it was too late. Hell’s trap shut.

The fact that the migrant in Libya is not only “customer” who pays 300 euros for a jeep or an overloaded truck filled with dangers through the desert between Agadez (Northern Niger) and Sabha (southern Libya), then discards the same amount, to reach the coast of Tripolitania, where he was waiting for the last payment (200 Euro) for a place on the boat in the direction of Sicily. No, that would be too easy.

The gang of kidnappers

On city streets and on the roadside, it is constantly robbing the criminals and catch gang (they beat and tortured him and then released for a ransom from relatives). He gets to the immigration system or end up intercepted in Libyan waters, the border guards, who then sent him to rot in detention centers Misrata, Tripoli, Zawiya and other cities.

In Libya in the era of post-Gaddafi, which runs the armed forces, there are no clear boundaries between the territories of the groups that declare themselves defenders of towns, and the municipal and state authorities are virtually absent, no one is trying to fight against smugglers, kidnappers and criminals, who need slave labor. The interests of different parties intersect and overlap with each other. The combination of all these factors creates a predatory system, in whose framework the migrant turns into an economic asset that need to exploit as much as possible, often until his death.

The sea often makes the body ashore or pushing them back to the rescue ship. The statistics are well known: in 2016, the Central Mediterranean (on the way from Libya to Italy) drowned 4 576 people, while in the first seven months of 2017, their number amounted to about 2 700. But how many people have died for things in the desert? The sea will not throw their bodies on the beach and they will forever remain buried in the sand.

This is what hell tell Ernest and his Nigerian friends, sitting on the hard, hot floor of his cell in Misrata. According to them, the Sabha, the largest oasis in the desert region of Fezzan, became the first harbinger of future problems. At the border post Durkee between Niger and Libya they were deprived of all property, sometimes even holding a knife to his throat and ripping clothes in geocaching.

However Sabha aggression were already completely different, a ritual. Its purpose was to show that the worker is now only a “sheep market” (a phrase they describe the humiliation with which they have to face).

“As soon as the truck dropped us off at the Sabha, we were immediately sold to jail,” recalls Ernest. “Prison” has little to do with the detention centre in Misrata, which is the official institution of the Ministry of internal Affairs. There we are talking about private, wild conclusion: a house or Barack becomes the owner of the factory buybacks, which nourishes migration “raw materials” from Niger (South) and to a lesser extent Algeria (West).

“In prison I was beaten, continues Ernest. I had to call my parents in Nigeria, and during a conversation I was beaten with an iron pipe. They wanted parents heard me screaming on the other end. I begged them to send money to pay for my liberation.” Method of torture during the telephone conversation, is well established and makes it easy to put pressure on the family. Parents of Ernest paid the broker 460 euros.

Sitting next to him Joel Aquacare winces from the painful memories. It suffered the same sad fate. 44-year-old Nigerian also left the country for economic reasons. The shop where he worked closed down. Therefore, he also believed in beautiful stories of recruiters on a trip to Europe.

“They hit so hard… the Entire wall was splashed with blood”

Joel imagined Libya as a transit point, but when arriving at the Sabha, he was disappointed. Like Ernest, he was a prisoner of the torturers. “They beat so much that I couldn’t even move my head,’ he recalls. — The entire wall of the chamber was covered with blood.”

Time, the case was stalled, it was resold to one of the experts on extortion of money from migrants in Sabha, a certain Ali, whose prison known as “Ali Ghetto”. This time his relatives could not stand the cries of pain on the other end and paid. In “Ali Ghetto” people were tortured, including with electric shocks. The surviving migrants, who are now in the South-East of Tunisia, say that sometimes Ali “he holds the electrodes.”

In a bitter twist of fate, wound 42-year-old Mamadou Dao of côte d’ivoire received on arrival at the Sabha saved him from more terrible bullying. “As soon as we got out of the car, they began to shout: “Money, money!” They spoke Arabic, and we didn’t understand them, what sets them off”.

Mamadou Dao didn’t give up: robbed him are still on the border of Niger. A man stabbed him in the shoulder, and he started to bleed heavily. Then the attacker splashed the wound with gasoline. Mamadou body still remained a trace: the bright white strip on the top of the shoulder. “I was too badly injured and they were not to kidnap me”.

Those who managed to escape from the clutches of extortionists, like Ali, did not work immediately to continue the journey to the North of Libya. In Sabha and the surrounding the Marriage of al-Shati they needed to earn money for the remainder of the trip.

Cheap and powerless labor force has interested many. So the Senegalese Jakub Badji (we talked to him in Tunisia) began installing air conditioners in private homes. He managed to escape from one of the private prisons Sabha, while one of his comrades killed during the night of the escape.

He found temporary refuge in Marriage al-Shati and was happy to take advantage of knowledge of technology. He believed that he was lucky: the employer pay him what you promised. “Most do not pay. If they protest, beat them. It is forced labor”.

In April, the international organization for migration made a real sensation by a lecture on “slave market” in Libya on the basis of the evidence passed through hell in the Sabha of migrants. Anyway, this desert city was closer to the coast of Tripolitania, which serves the boat smugglers. The journey still remains long and difficult. 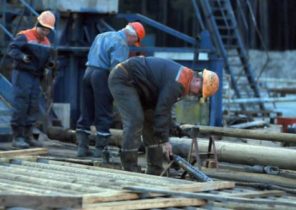