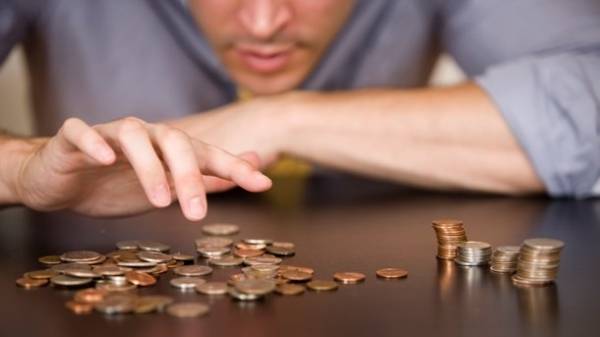 The Ministry of social policy has published a report on its work during the first half of 2017. According to the document, the Agency considers as a priority the reform of the labour market to create a fair system postrecovery, effective hostipaddress of the population, the development of social services in Teresina. How is social policy in Ukraine, to understand “Today”.

WORK. According to the Ministry, because of the new minimal salary of 3200 UAH 3.5 million Ukrainians have received increasing earnings, of which 1.1 million state employees. The average pay in January — may this year increased by 36.8% when compared with 2016, and amounted to UAH 6494. The Ministry is also actively implementing the reform of the state employment service with the aim of increasing employment. So, in January — June, taking the annual cut, the number of employers that work with employment centers, increased by 15% and amounted to 124 thousand. It is possible to increase the number of vacancies in the database of 19% to 571 thousand. Now the number of employed grew by 10% and amounted to 426 thousand. Growing rate of employment: 41% got a job, not even having time to register the status of the unemployed. In the end of July 1, 2017, compared to the summer of 2016, the number of unemployed dropped by 15 percent to 330 thousand.

PENSIONS. Achievement the Department believes the vote of the Parliament in the first reading for the bill the Ministry of social policy, which will establish a fair system of postrecovery. Now it is expected that from 1 October, the minimum pension will increase to 1373 UAH. And from 1 January 2018 it is planned to install a flexible pensioners from 60 to 65 years — depending on scrostata. In this case, from 2019, the start of the annual recalculation of pensions by 50% yearly and 50% growth of average monthly wages in three years. The Ministry of social policy note: in the case of the bill increased pensions will get 9 million people.

EXPERTS. They believe that the Ministry still a lot of work. “We need to monetize the benefits with the creation of a unified register of recipients of social assistance and benefits to pay komuslug to be replaced with programs to stimulate energy savings,” — says economist Ivan Nikitchenko. And the head of the Secretariat of the Council of entrepreneurs under the Cabinet of Ministers Andrei Zablovsky notes that the employment system need to update the classification of professions, because of the 8 thousand only half relevant: “It will allow to modernize the training of Ukrainians. It is important to create a transparent registries to benefits, subsidies and allowances received are needy people, not bought crust.”

How we will live in ten years

Meanwhile edition “Economic truth” published macroeconomic and social economy Ministry with a 10-year Outlook on the state of the Ukrainian economy. In particular, it is expected that in 2028 nominal GDP in the country can make 6435 billion UAH, inflation — 4%. For comparison, this year’s GDP, according to NBU estimates, will reach 2850 billion, and inflation by the end of 2017 will reach 9.1%. While nominal GDP in the coming years, according to estimates from the Ministry, will grow in 2018 — 2953 billion in 2020-m — 3624 billion.