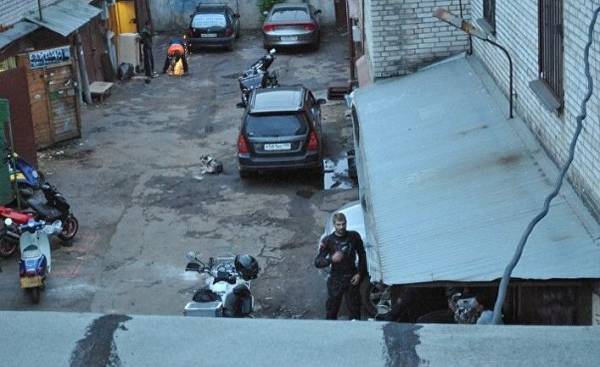 The locals remember him only as a “maniac of the 20th century”. After the collapse of the Soviet Union in 1991, amid the chaos, which plunged Russia, on the ruins of the Empire were a serial killer, feeding off the desperation and poverty of people taking advantage of carelessness of the authorities and breaking the fragile boundaries of the newly independent republics. In this demoralized, not subordinate to anyone and ruined a society without guidelines and goals, surfaced maniacs of all sorts.

Alexander comyn wanted to create a better world. A world in which ordinary people did not show themselves either at school or at work or in family life, could be somebody. So every day an unemployed electrician was digging. Summer and winter, rain and snow, Alexander comyn dug a bunker under his garage in the old Soviet cooperative “Ideal” in the town of Vyatskie Polyany, which is located behind the Ural mountains, 900 km from Moscow and has 40,000 inhabitants.

After the collapse of the Soviet Union the inhabitants of this dilapidated city, where virtually all the arms factories were closed, privatized garages in the old Soviet cooperatives. Mostly they were used for storage of agricultural machinery and potatoes. And comyn continued to dig. Among the neighbors he had a reputation as a “hardworking man”. Women especially admired his willpower. Communist totalitarianism, and then post-Soviet chaos has turned men into lazy drunks beating their wives. Alexander comyn was the exception to the rule.

Tattoo “slave” on his forehead

Raw and dark bunker of Faith Tolpaev also the snout the earth 10 hours a day for 6 months, despite the wounds from the iron collar, to which she was chained, and then cried for a long time, lying on the mattress, exhausted, dying from hunger and from cold. After its release, the inmates of the Faith told me that she was very angry at myself. When, one summer’s evening a neighbor invited her to visit, she never hesitated. She was not married, and Alexander comyn was a very attractive man. He was muscular and smiled a lot, and mystery that emanated from him, was attracted to the Faith. With the help of vodka Komin easily seduced by Faith. Once in the warm embrace of Alexander, the Faith of even thought I was in love with. Then she hits her head on the wall and falls down the stairs. She woke up a few hours later with a broken head, chained to the wall in a cold basement at a depth of 15 meters….

In the basement of Alexander comyn and wanted to build a new world, radiant life, happier than life in the Soviet land, where he was born. In this pit, dug with his own hands, he wanted to gather all those who “no that was not good enough in this world.” He wanted to become commander of the dregs of society and the homeless. In this bunker behind the steel door, connected to the voltage staircase, fireplace kept young, unmarried and unemployed women. His neighbor Faith Tolpaev became the first victim. This occurred on 11 December 1994, the day when Russia invaded Chechnya. He told police that before to kidnap Faith for a long time he watched on TV as the Russian tanks enter Chechnya.

His next victim was Tatiana Melnikova, 34-year-old dressmaker. Both women on the forehead Komin has tattooed the word “SLAVE”. Their wounds festered for a few days. From morning to evening, Vera and Tatiana had to batter the walls and build underground tunnels for the birth of the new world their executioner. Comyn ordered the women to sew men’s underwear, which he sold in the market. “He told us that our life on earth is over, but that our professional skills can still be useful,” said the survivors slaves. July 16, 1995 to snare another victim: Tatiana Kosikova cook, 36 years, divorced and unemployed, just released from prison.

Women ate the black bread, potato and its skin. Deprived of daylight, shackled, slaves died in the basement with the cockroaches. Their physical needs they celebrated in the bucket. “When he lifted the bucket, he told us we eat too much and stink,” said the prisoner. Once a week they were supposed canister with water to drink and bathe. If the pace of work fell, the captives were beaten. They felt “like a grave”. Depending on the mood of Komin raped women on the ground in the basement, on the kitchen table or on a dirty, smelly couch at his living room. If women resisted, he was beaten until he lost consciousness.

Death by poison or electricity

Comyn is believed that the construction of the new world is too slow. He “hired” for the work of Sergei Petrovich. But since torture could not subdue, Komin decides to get rid of it. Komin and wrapped his bare wires from head to toe, got Faith to turn on the AC and look at the writhing body.

Faith can never recover from what he saw. She was the weakest of all captives, as held in the bunker longer. After the death of Petrovich she stopped sleeping. When she was dozing, then woke up from the imaginary cries of men, women and children who were tortured by the executioner. During the day the shovel fall from her hands, and she was in tears, exhausted, fell on the damp, stinking ground of the bunker.

But in a perfect world, Alexander Comyn, as in labour camps where political prisoners suffered Stalin, the infirm to be eliminated. Faith could only choose between two deaths, poison or electricity. Fifteen days later she was in agony after she poured the antifreeze. Slaves were forced to sew Slippers with fur from her coat.

In August 1996, Komin lured into a trap by Oksana, 28 years old, who quickly became his mistress. Under its influence the mode in the bunker softened. Slaves were even allowed to watch TV. At that time Russia was a religious country, but the torturer often went to Church. He did it not out of love for God but out of love to the woman who signed his death warrant. After a failed marriage Komin treats women purely consumer. But the appearance of Irina Gannushkina in February 1997 melted his heart. She was young, 23 years old, she had green eyes and long, like Flamingo legs. Alexander fell in love. For him it was a bolt from the blue. To make room for a new lover, he kills his former mistress, strangled her with a cord. The corpse he throws it in the trash.

Since then, every night, Alexander spends with Irina. First, the woman was screaming and crying. As soon as the other women heard Alexander Irina whispers words of love, they realized that was the only chance to break free. They decide to lure his executioner into a trap. Irina pretends to be in love with Alexander and ceases to resist. She assures Alexander that she was pregnant and he immediately buys two wedding bands and a wedding dress. Both Tatiana was supposed to be bridesmaids. “A perfect world” Comyn begins to take real shape. Trusting Irina, he allows her to go out to settle all the formalities at city hall.

As soon as Irina is from the outside, blinded by daylight, pale and panting, oblivious to the stares of passers-by staring at her tattoo, she rushes to the police and tells his story. But it took her a very long time to convince distrustful of the police. For the detention of the Comyn and the liberation of the unfortunate women left not more than an hour. It happened on 21 July 1997. They were carried out on stretchers. They had a completely white face and clear skin. After three years spent in a bunker Tatiana stopped talking. She lost her voice. Like the other two captives she was diagnosed with a serious mental disorder, a disorder of the thyroid gland and numerous venereal diseases. But the worst was a tattoo on their foreheads, a shameful black mark from which they could not get rid of due to lack of money. “We will remain slaves,” said they at the time of their release.

Alexander comyn admitted his guilt. He wanted to be executed in the main square of the city. Komin was sentenced to life in prison and took his own life in jail on 15 June 1999. 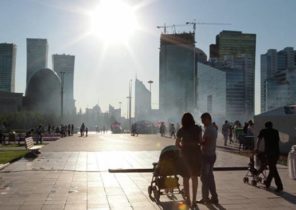