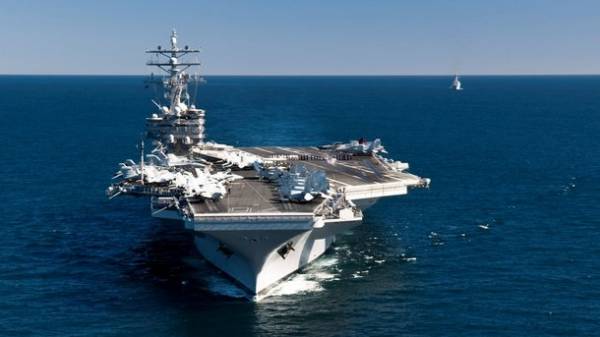 The naval forces of the USA began the redeployment of the aircraft carrier “Ronald Reagan” on the Korean Peninsula in connection with the next aggravation of the situation in the region and the recent launch of a ballistic missile North Korea. It is reported by CNN, citing Pentagon sources.

According to them, “Ronald Reagan” will hold exercises with another U.S. Navy ship “by Carl Vinson” in the area.

As reported, on may 14, North Korea launched ballistic missiles ; she fell in the sea of Japan.