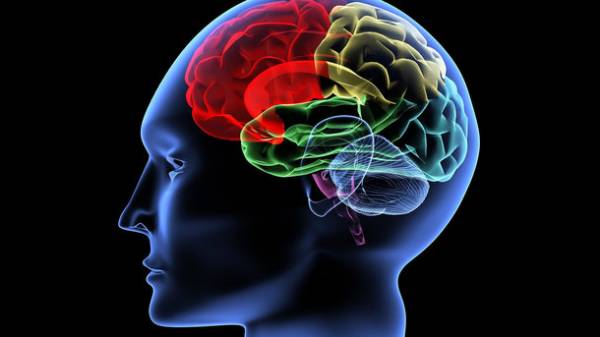 That the brain is only working at 10%, believes more than half of people found American psychologists. This and other myths were prevalent even among people who studied in depth the neurosciences, according to gazeta.ru.

The myths associated with the brain, an extremely tenacious – believe in them more than half the people, even those who studied neurobiology. To such a disappointing conclusion the American psychologists. Dedicated to this article was published in the journal Frontiers in Psychology.

For example, according to popular belief, people use the brain only on 10%. In fact every area of the brain has its own function in a healthy person this is not part of the brain that were not involved in the work.

If due to brain damage any part of it ceases to function, over time the brain cells in this region degenerate.

These and other misconceptions were used in the test, which was proposed to pass to volunteers. They had to agree or disagree with the proposed statements. In total, the study involved 598 teachers, 234 people who have studied the science of the brain further, and 3045 people who do not have special education in this area.

In the latter group, as expected, the proportion of those who believe in the myths, were the most high – 68%. However, among teachers there were a little less – 56%. And even among those who studied the workings of the brain, in the myths believed 46%.

The most enduring was the myth that people with dyslexia (inability to learn how to properly read and write) the letters you see in the mirror, and that person better absorbs information submitted in accordance with the type of learning (visual, kinesthetic, auditory).

The founder of the first claim was the American neurologist Samuel Orton. He expressed this assumption in the 1920-ies, assuming that the tendency of some children to write the letters in their mirror image can be associated with dyslexia. In the future, this assumption was not confirmed. The theory of different learning styles appeared in the 1970-ies, but also not confirmed in further studies.

Most free of prejudices about the features of the brain were found among young people with higher education, who has studied the science of the brain and viewed research on this topic.

“The results show that education helps to reduce belief in such myths, but does not eliminate it completely,” conclude the authors.

Most myths about the brain are associated with too simplistic or even incorrect understanding of the conclusions of the research. The danger is that many of them are related to the field of education. So, a teacher convinced that children with dyslexia see letters backwards, not able to teach such a child. In addition, teachers can spend time on the development of approaches to learning in accordance with the myth about the different perception of information, instead of using methods with proven efficacy.

“I have encountered myths about the brain, teaching the teachers, says Kelly McDonald, one of the study’s authors. Many of them used based on myths practices in teaching children.”

“We were surprised by the number of people who believe in myths about the brain, among those who studied neurobiology, says the study’s lead author Lauren McGrath. They believed mainly in the myths associated with learning and behavior.

So it is not always the knowledge in the field of neuroscience contribute to the understanding of psychology”. Based on these results, the researchers intend to develop a training module devoted to debunking myths about the brain. In the meantime, he will focus on teachers.