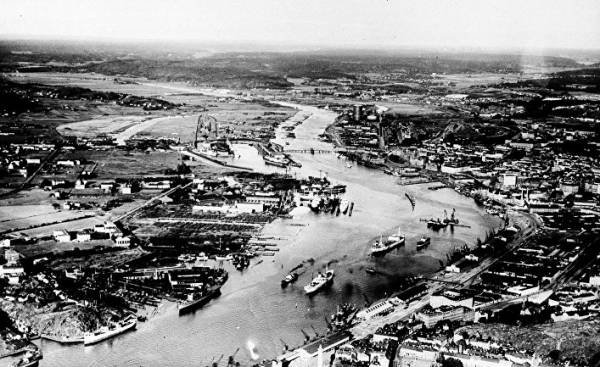 In what people used to believe before, before Sweden became a Christian? It could this and that. In old Norse society, there was no Central Church organization, and what we now call the faith of Asa was more of a collection of customs and traditions, than an organized religion.

There were many gods, but research shows that every single person, family or village adhered to the worship of certain gods often even one, writes Katarina Harrison Lindbergh (Katarina Harrison Lindbergh) in his “Norse mythology A to z” (Nordisk mytologi från A till Ö) — encyclopedia of gods, supernatural beings and concepts of the imaginary world of the ancient Scandinavians.

It also took into account the characters of the heroic Scandinavian sagas, for example, Ragnar Leather Pants, today known more for the television series “the Vikings”, where he is the main character (there he plays Travis, Fimmel, Travis Fimmel). The plot of the film loosely retells the Norse stories about Ragnar, his wife Lagertha, his son Bjorn Wernside and their conquests to the South.

Many of our knowledge of Norse religion is derived from “Edda,” which was the Icelander Snorre Sturluson in the thirteenth century. The only problem is that Snorre Sturluson was a Christian and lived in a time when faith in the Asa officially has been canceled. But much of what he wrote was based on more ancient sources and some of this can be confirmed in archaeological finds.

Snorre Sturluson tells about Fenrir wolf (Fenris-ulven), a monstrous wolf-monster who bit off the hand of the God of war Turu when the aces tried to put on the chain. This history seems to have ancient roots, because it is depicted on the Golden decoration of the great migration of peoples (approximately 400 — 550 years after Christ), which was found in Trollhattan.

God Ull (Ull) only briefly mentioned in written sources, and there is practically known only that he was a great skier and a good shot from a bow. But there are plenty of places that were named in honor of Ulla (for example, Ullevi in Gothenburg and Ulltuna in Uppland), so obviously he was important to the common people. Perhaps its just eventually forced other aces.

Faith in the Aesir, of course, was not a native Scandinavian. After all, the Vikings had close connections with other parts of the world, the magical runes are in close relationship with the Latin alphabet and has undergone many foreign influences. Old and new gods mixed and melted with each other.

The image of Balder fair — skinned good God — could grow from the image of Christ, and Loki had traits of Satan. Loki actually descended from the giants, but it is also counted among the company of gods. There is no indication that he was worshiped. Instead, he plays the role of a provocateur, he’s taunting the gods, and suspects them of hypocrisy. Sometimes he helps, sometimes fooling them. From Loki rich and messy love life — for example, he turns to the Mare covered by the stallion, and then is born Sleipnir the horse of Odin.

The fact that Loki appears in the form of an animal of the female sex, it seems, was not something strange to the ancient Scandinavians. One also crossed such boundaries — it was connected not only with the most severe warriors (Berserkers), but with a Sayyid — witchcraft, which involved women to make contact with the spirit world.

For the Norse period was characterized by rigid gender roles (even if they are, as pointed out by Katarina Harrison Lindbergh, and perhaps were as unequal as in the XIX century). However, belonging to a particular sex was something that can change — for example, in the Saga of the XIII century female Hervor periodically appears and also the male role under the name Hereward.

As Harrison, Lindberg tried to include in its work almost all the texts she was very short and the book can hardly be attributed to those who read time from cover to cover.

But it contains a lot of interesting things, not only about the aces and heroes of the sagas, but also supernatural creatures (such as dwarves, giants and Alva) and the common faith of the people. While Christianity for the most part talked about how to survive in anticipation of a better life after death, the old religion was more practically oriented.

In Icelandic texts “the Saga of the people of lake valley” (Vatnsdaela saga) and “the Book about the capture of the earth” (Landnámabók) describes the usual way to spell man: need to lean forward, place your head between your legs and walk backwards, with his skirt and showing ass to the enemy and at the same time angrily staring at him (repeating yourself is not recommended).

In Christian medieval normative texts often on this kind of witchcraft, which suggests that it was probably the usual case (otherwise, the authorities would not have to criminalize it). The introduction of Christianity was a long process, marching under the sign of the constant conflict between different worldviews. Sometimes the Church tried to eradicate anything that had to do with the old faith. But it was easier said than done.

In the XIV century the Holy Birgitta went to the fierce attack on the pagan faith. Sweden has long been a Christian, but what is preached in churches, often did not coincide with what was believed at home.

Birgitta terrified people who still “worship and honour the household gods”, for example, exposing them for food. It requires that all stopped believing in spirits.

And we can see every Christmas is to laugh at what she failed. Christianity became the state religion, but the spirit of the old times alive and still.