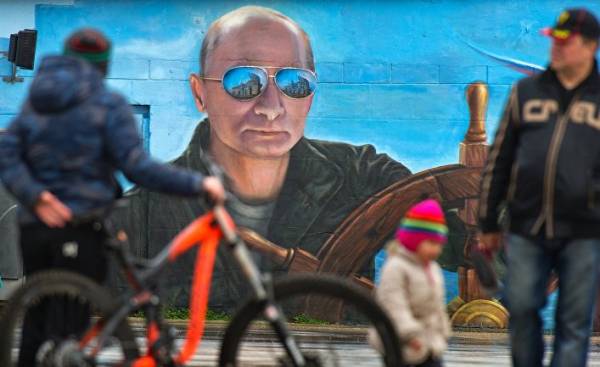 The New York Times reported on the transfer of the adviser to the President of the United States Donald trump, Michael Flynn proposal for peace between Ukraine and Russia. It was also suggested the lifting of sanctions with Russia.

The initiative includes the withdrawal of Russian troops from East Ukraine and hold a nationwide referendum, which will be submitted the question of the surrender of the Crimea is leased by Russia for 50 or 100 years.

The offer allegedly made by the Deputy-“radical” Andrey Artemenko. Also the edition reports that the MP has provided evidence of corrupt activities of the President of Ukraine Petro Poroshenko, which included the names of the companies and Bank transfers. In his opinion, it should help to shift Poroshenko from his post and to bring to power in Kiev the new government is not as hostile towards Russia.

“Many will call me a Russian agent, an American agent, the CIA agent. But how to find the solution for our countries if we don’t talk?” — said Artyomenko the new York edition.

In preparing the plan of lifting the sanctions against Russia and its transmission to the White house, according to the newspaper, participated Michael Cohen (attorney trump, married to a Ukrainian) and Felix Sutter (American businessman of Russian origin, a former adviser to trump).

In early February, Cohen left the package with the “plan Artemenko” in the office of Flynn. However, the adviser did not have time to read it, because at the request of the President was forced to resign, writes The New York Times.

Ambassador of Ukraine to the United States Valeriy Chaly in comments the newspaper said that Artemenko was not authorized to represent alternative plans for a peaceful settlement on behalf of the state. The possibility of a referendum on the transfer of Crimea to rent, he called gross violation of the Constitution of Ukraine.