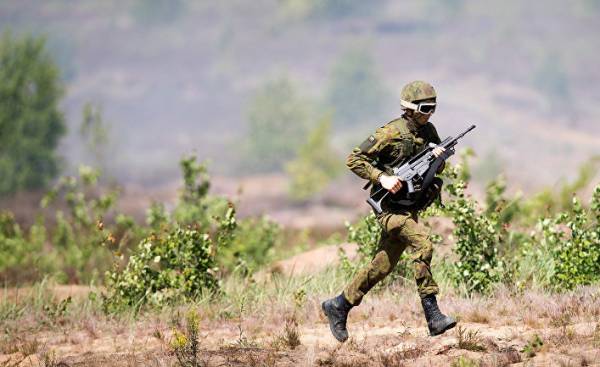 The shadow of the great powers most looms over its neighbors. But this does not mean that its presence is not felt in the country near them. The States located on the periphery of Europe — the Baltic States, the Balkans, and also Central and southern Europe — are aware of this. They are easy to manipulate. Russia seeks to prevent the enlargement of the EU and NATO and sow discord in the countries within them. Especially on issues such as sanctions and the military build-up.

Unlike States in the “backyard” of Russia itself, the countries that are located on the periphery of Europe, can not particularly worry conventional and nuclear armed forces in Moscow. And although Russia’s invasion of this region is not excluded, it is unlikely, because its member States are either NATO members (the Baltic States), or is located quite far from Russia (Balkan countries) or both (Central and southern Europe). However, in the Arsenal of Moscow is not only the army. And a particular threat to countries located on the borders of Europe, are some tactics and ways of conducting a hybrid war, among them political manipulation, punitive measures in the sphere of energy supply and the economy, cyber attacks, subversive activities, awareness campaigns and the dissemination of misinformation.

Among the States of the second tier included in a set of goals for Russia is conducting a hybrid war, the most vulnerable to the methods used by Moscow, were the Baltic States. This is partly due to the presence of these countries have large Russian communities, which make up 24% of the population, 27% of Latvia’s population and 6% in Lithuania. Political parties that focus on these populations and serve their interests, achieving significant results in parliamentary elections in their countries, providing Moscow the opportunity to provide to the electoral process a certain influence on the governments of these countries.

However, the spread of influence of the Kremlin are constrained by the fact that the popularity of Pro-Russian parties outside of Russian communities is limited. And if still to consider that in this region there is broad support for membership in EU and NATO, it is rather difficult to pry the Baltic States out of the embrace of the West or to provoke mass unrest, as it did in the East of Ukraine. Instead, the Kremlin has resorted to other ways of undermining the governments of these countries — for example, by cutting off energy supplies. In 2006, Russia stopped supplying oil to Lithuania and appointed the Baltic States the highest prices in Europe for natural gas. And eight years later, Moscow has imposed restrictions on the import of agricultural products from the Baltic States. This was done in response to the fact that the region has supported EU sanctions against Russia for its involvement in the Ukrainian conflict.

Along with these economic measures the Kremlin is against the Baltic States aggressive cyberwar and information war. In 2007, the Russian “hacktivists” launched a massive cyber attacks against Estonian banks, ministries and Parliament. Hoping to discredit NATO, Moscow has also spread in February about the message that the German soldiers stationed in Lithuania, raped a teenage girl. And in an article published on the Russian news site Vesti.lv said that in the canadian army are homosexual troops, and canadian troops, stationed in Latvia, not to be trusted. Spreading such stories, Russia is trying to undermine the confidence of the Baltic States to the Western Alliance — given that the borders of these countries, Moscow is stepping up its own military presence.

Central and southern Europe: the split of the continent

Although the countries of Central and southern Europe there are no such numerous Russian communities in the Baltic States, they are more removed from Russia, and it gives Moscow more opportunities for political maneuvering within these countries. Most of them heavily dependent on Russian energy and do not have territorial disputes with Russia that allows them to overcome the fear of outright invasion of the Kremlin army. With the exception of Poland (which borders with the Kaliningrad oblast, the Russian exclave) and Lithuania (which was competing with Russia in the struggle for influence in Moldova), the countries of Central and southern Europe, tend to stick to a pragmatic position regarding relations with Moscow.

Moscow is trying to use pragmatism of these States in order to drive a wedge between members of the European Union, sow differences between them on several issues, including EU sanctions against Russia. The Kremlin is using the promise to build pipelines (such as the “South stream and Nord stream-2”, passing through the territory of Europe) to show what her continent still has allies. Thus, Moscow is securing additional support than what she already have a friendly government of Hungary, Greece and Italy, calling to cancel sanctions against Russia. However, these calls remain unanswered, because the United States and Germany have on the EU pressure, trying to maintain its unity in opposition to Russia.

However, this can be difficult because Moscow supports the anti-European and far-right organizations in Central and southern Europe. Parties like the Italian “five star Movement” (Five Star Movement), a Hungarian Jobbik (Jobbik) and the Polish “Change” (Zmiana), regularly try to disrupt the status quo in regard to Western institutions. And Russia is willing to promote their actions, regardless of whether they come to power or not. At the same time Moscow continues to carry out cyber attacks against countries in the region, which, in its opinion, are unfriendly — recently the victim of a hacker attack was the Polish foreign Ministry. In addition, dozens of Pro-Russian media publish propaganda materials, stating that the cause of the civil war in Syria and the crisis in Europe associated with the influx of refugees, is the United States.

The Balkans: politics of carrot and stick

A great opportunity to strengthen the schism in the West have with Russia and the Balkans. In some countries, Moscow has chosen a more friendly approach, making concessions, economic assistance and by providing discounts on energy more friendly States like Serbia. Moscow has forged closer military cooperation with Belgrade, supplying him weapons and creating together with him “humanitarian center”, which many consider to be a base for Russian spies. Such a center, the Kremlin plans to build in the Republika Srpska, part of Bosnia (and Herzegovina).

Russia’s relations with the Balkan countries-members of EU and NATO (or countries that expect ever to do so) — are not especially close. For example, before Montenegro last year, finally decided the question of its NATO membership, Russia reportedly has organized and supported a coup attempt against the government in Podgorica. On her part it was a desperate attempt to block the integration process. Similarly, Moscow has tacit support antillensis movements in Macedonia (which also seeks to join NATO) and spreads rumors to enhance the suspicions in relation to the objectives of the countries-members of NATO within the Alliance and beyond.