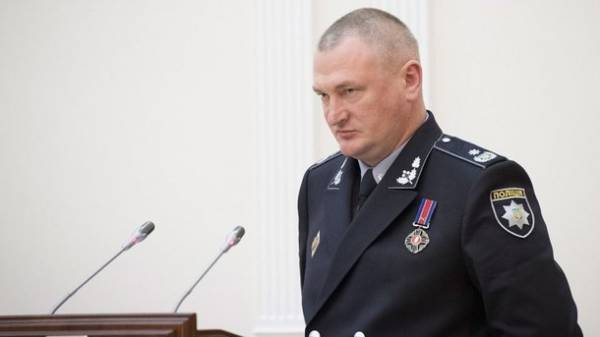 The national police are developing programmes for motivating the employees not only salary, but also housing. About it in interview to “112 Ukraine” said the head of national police Sergey Knyazev.

“Here is the military: what was the total funding and this proportion has wages. What country – such and salary. If a country can give so much – you need to take and say thank you. Don’t want to? Put the certificate and goodbye. Announce a competition to fill”, – said the head of national police.

According to Knyazev, the salary of the police is the “level of power of the state.”

“It (the government – Ed.) can give so much, that it’s sensing, and not be a mere consumer “I want more”. Want more – work to the state has reached a higher level of well-being”, – said the head of national police.

Knyazev noted that the minimum salary of the ordinary police officer must be “highly protected”, but one salary motivation of police officers not limited by that.

“But one salary is not enough. We’re moving on. We are currently developing a modern system of social protection. In Poland, the police, signing the contract, get housing, and they have no interest to take bribes: they kicked, and they will lose their homes… When the police arrived from out of town, won’t take a corner worth 70% of his wages, and will understand that in third year he can sign a contract and move into an apartment, so this will give impetus to the sustainability of the police,” – said the head of national police.

According to him, the launch of housing Fund for police officers can be included in the budget for 2018.

“And we’ll come to that, I think, in the budget for 2018. We want to have a Fund of several thousand apartments,” – said Knyazev.

Recall, the European Union this year will spend € 2 million on the security sector reform of Ukraine.