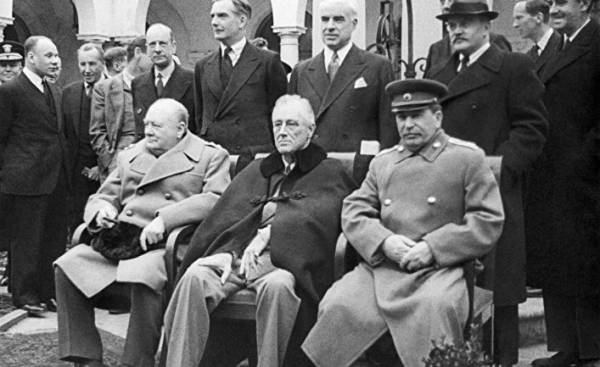 When we analyse the events of recent years, we understand how idiotically I behaved Putin against Ukraine. Didn’t want a NATO base in 1000 kilometers from Moscow sent troops to the Crimea. Well done. As a consequence, got the whole country in 500 kilometers from Moscow, with the clear intention to enter into, it is the NATO and to build so many bases, you want. As another consequence — the strengthening of NATO in the Baltic States, American soldiers posing in the photo a hundred meters from the Russian border and in the extremely dangerous vicinity of Petersburg. Wanted by annexation to improve his rating was increased, no question. Only now the Annex is nothing special does not work, and the rating drops — sanctions fatigue from the TV and an empty fridge has not been canceled.

The funny thing about this is that Putin, as a supporter of “strong hands”, in which Russia again began to appear monuments to Stalin, came one to one on Stalin’s mistake, just blow on the forehead came out much stronger than obtained at the time of Stalin.

So, in 1945. Ended the Second world war in Europe. She is coming to completion in General: soon the Soviet Union declared war on Japan, and the United States dropped nuclear bombs on Hiroshima and Nagasaki (Americans think on Hiroshima and Kokura, but we all know that over Kokorou the day will be cloudy, and prepared for Kokura, atomic bomb drops on a spare target, Nagasaki, and Japan will appear saying “Lucky like Kokura”).

But even though the world war is still going on, the allies — USSR, USA, Britain and France — know what to play Japan, they can not, even if you strongly want, and are doing important work — share the world. Stalin and his diplomats behave more active traders in the market, tearing for the Union of all new and new territories. At the end of the Second world war, the Soviet Union will acquire königsberg-Kaliningrad, a few Japanese Islands in his area of influence will include half of Berlin and half of Germany, half of Korea, Poland, Czechoslovakia, will be declared a joint Soviet-German conquest in Eastern Europe and the Baltic States — and this is not a complete list. But it could be longer.

In the process of dividing up the world, Stalin began to look to Turkey, which belonged to the most important from the military point of view the Straits of the Bosphorus and the Dardanelles. Take the Straits by the method of Kaliningrad-Kenigsberg was not possible for one mA-and-vermillion reason: Turkey was neutral in the Second world country, and at the end of the war and even declared war on Germany (though in fact not at war). To take the land away from formal allies were not comme Il faut even for uncomplexed, in General, Stalin.

But the Straits wanted, and wanted badly. So Stalin and Molotov came up with a clever (actually not) the plan: to demand from Turkey a vast amount of land on the border with the Soviet Union and the Straits — in the event of bargaining “graciously” waive territorial claims and settle the Straits, or even a military base on the Straits. Well, what causes the presence of the bases we already know on the Crimean experience.

In General, the Soviet Union began diplomatic game. Was torn valid for twenty years agreement with Turkey. The Soviet Union actively hinted of both Turkey and Britain with the United States that Turkey has too much land, and would not hurt her, you know, to redistribute. Churchill and Roosevelt that-or to redistribute in the direction of a huge red spot on the map of desire burned and basically stayed wary.

Stalin kicked the heads of the Georgian and Armenian Soviet republics, and they erupted with allegations of “illegally taken over” by Turkey territories. Moreover, the people’s Commissar of foreign Affairs of the Armenian SSR came to the fact that history proved the need of joining of Armenia to the Turkish lands based on the treaties nearly a century ago. However, it was rather quickly surpassed comrade Molotov, with a straight face obosnovyvaetsya Churchill the need for the presence of the USSR in the black sea Straits… treaties of 1805 and 1833 years.

Turkey pretty clear idea of what Stalin and what Soviet Union. Not less clearly did she understand the difference in military power actually in-o-o-n the great red spot on the map. So Turks did the smartest thing they could, namely, concerned with finding allies. Finding them was not very difficult — both Britain and the USA did not want to give up the strategically important Straits Union (this inevitably would have ended in the destruction of or substantial reduction in the territory of Turkey, see “Crimea 2014”). Turkey therefore directly and unambiguously sent to the USSR in a certain direction, and to conduct any further negotiations refused.

The peak of the crisis occurred in the first postwar summer — August 1946. Spring that year was characterized by the lost Soviet Union “Iranian crisis”: Stalin’s attempt to usurp a little bit of Iran and to roll it back and forth tank battle ended for the Leader of the people unhappy. Western countries have got a wet rag, and plenty to Tinker mustachioed face of the person permanently depriving the hope of becoming the leader of another nation. The tanks had to withdraw, and the face — wipe.

With Turkey Stalin hoped to avenge the disgrace in Iran, but ended up about the same, only worse. After the USSR publicly put forward five requirements on the black sea Straits and began to activate troops on the Turkish border, the Americans grabbed his head and immediately began to develop the first plan for nuclear war with the Soviet Union. Moreover, the war could be nuclear only in simplex mode, its a nuclear bomb on the Soviet Union was not.

In parallel, the US, Britain and France declared full support to Turkey, USA launched a program of assistance to the Turks, in the air and obviously the smell of fried. Stalin, clearly surrounded by something wet, nasty and Krapkowice, was forced for the second time this year to raise their hands and admit defeat. The Soviet Union ceased to prepare for war with Turkey and ceased to publicly discuss the issues of the Straits.

But one of the rags on the face of Stalin was clearly not enough. Turkey, realizing that the great red spot card anywhere in the near future is not going anywhere, went to strengthen the Alliance with the United States, and in February 1952, joined NATO. The Alliance has built military bases there and Turkey was one of the few countries where US nuclear weapons. With Turkey turned out to be extremely convenient not only to follow the USSR, but to react to his actions in the middle East. And in the case of a nuclear war from Turkish territory toward Union rushed with nuclear warheads.

So Stalin once again beat all. Wanted to deprive the Turkish Straits — and instead got the US nuclear weapons under belly and a huge country in NATO (the only Muslim, by the way). Despite the fact that even under Stalin the USSR went down, and his successor Khrushchev even publicly recognized the criticality of the error in the “Turkish question”, Turkey has never forgotten it received in 1946 the lesson. But in Moscow, it was forgotten pretty quickly. In 2014 at the same the Black sea next crisis, and Moscow climbs in Crimea…

…What is happening now, we are already seeing. We can even hear a distant “plop-plop” of a wet rag, inexorably approaching one ugly Botox face. Because history is, in fact, only one question: the exact year of Ukraine’s accession to NATO. Other issues the story anymore. 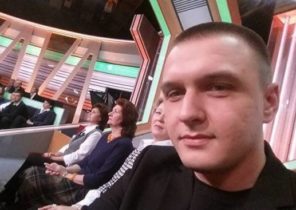 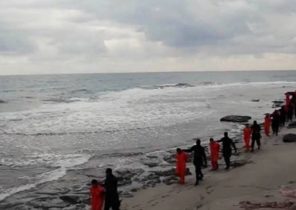