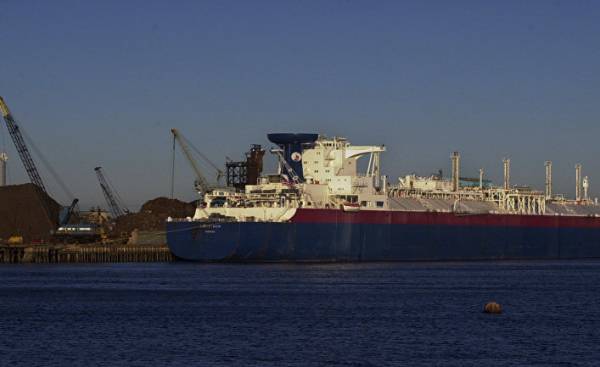 About three years ago, America took a historic decision to invest in the production of shale oil and gas, despite the fact that the price of conventional oil fell. Leaders in the number of deposits of conventional oil and gas, reserves and production are the States of the Middle East and Russia. I don’t think the West at least someone wants to be hostage to the Middle East and Russia. There are in the West and those who don’t want to end up to be a hostage of the United States in energy issues. This can be judged by how strongly Western European countries were opposed to the intent of Congress to impose new economic sanctions against trade with Russia. These countries have realized that Washington wants to use oil and gas as strategic weapon in international relations. Europe depends heavily on gas imports from Russia, and there is a strategic project for the transfer of large volumes of Russian gas to meet growing gas demand in Western countries, especially in Germany.

When in 2015 the price of oil fell below $ 30, many experts believed that shale oil and gas will not be consistently available because of the high cost of their production. Then these researchers did not consider that technology in General, and oil and gas extraction, in particular, are constantly evolving. So, technological innovations (the car, electronic or digital equipment, for example), as soon as there have high cost, limited scope and low level of efficiency. Technology (a new invention or the development and improvement of the product) to die and disappear if not given the proper development, while development must include, among other things, reducing prices and costs amid a steady and noticeable increase in the level of performance and functionality. Take for example the digital technology used in smartphones, where every new generation has a lower cost, size, weight, and so on. A smartphone is not a strategic commodity for America, while the technology of shale oil and gas top the list of its strategic interests.

To get these technologies, the U.S. administration has resolved most of the obstacles to development and investment in this area. For me, at least, was not a surprise to see how the oil States of the Persian Gulf to reduce production of shale oil and gas by reducing the prices of oil fail. On the contrary, something happened that they didn’t want. When the member countries of OPEC and independent oil producers decided to cut oil production to raise prices, this proved insufficient to absorb the excess of oil on the world market, while some researchers continued to call for increased production of shale energy. Thus, we came face to face with a new source of energy, which can challenge traditional resources.

We must also consider that countries with this new source, led by the United States, can use it as a strategic weapon to strengthen their position to pursue their own policies and to eliminate competitors. It would not be possible without the enormous progress the United States has reached in the sphere of production of shale oil and drilling. This success has made America a leader in the field of gas production and, as you know, was the cause of the decline in world prices for gas. If we look at the world map, we see, for example, that the countries most affected by the sharp drop in gas prices, it’s the Gulf States, Iran, Russia and China.

Thus, today, after decades of decline the United States has again come to the fore as a country with wide influence in the world of oil and gas. With its strengthening was conducted by the red lines in the energy sector, which ensure its dominance in the world. All these strategic points were taken into account when deciding the current US administration about the release of the Paris climate agreement, to remove any environmental obstacles to strengthening the strategic position of the USA in the oil and gas sector. Now America is building three huge platforms for transportation of liquefied natural gas, which will double the number of existing loading platforms. The first batch of gas delivered to Poland, which clearly States that it wants to reduce its dependence on Russian gas and replace it with the us. Poland can become the door through which shale gas the United States will come to Western Europe, which suffers from energy shortages on the background of a significant increase in gas consumption.

I don’t know if countries that produce conventional oil and gas, emerging economic, military and financial giant, producing the energy sources in huge quantities on their “territory”. However, I know that this giant is using its wealth, technology and resources as a weapon to achieve their goals.