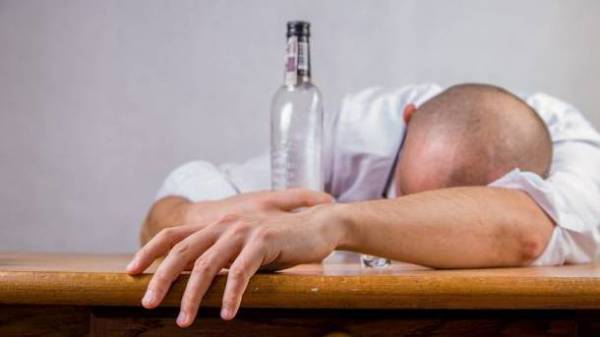 Alcohol 11% increases the risk of skin cancer, if you drink daily, according to a new medical study. Previously, experts claimed that a glass of red reduces the toxicity of radioactive substances in the treatment of Oncology, reports dni.ru.

“Given the high prevalence of skin cancer and the frequency of alcohol consumption, behavior change associated with alcohol consumption can be a real aid that can help to significantly reduce the development of skin cancer. This study is very important because there are several ways to prevent skin cancer,” said co-author large-scale research dermatologist Eunjung Chu of brown University.

In a previous study the same group of researchers were able to prove that white wine increases the risk of developing melanoma by 13%. As highlighted in the published scientific work, nearly four percent of cancers in the world arose from the entrainment of alcohol. Including alcohol causes cancer of the liver, pancreas, bowel and breast. The researchers explain this by the fact that ethanol can be metabolized to acetaldehyde the compound that damages DNA.

Earlier it was reported about the study in which the researchers gave different amounts of red wine 348 women undergoing radiotherapy after surgery to remove a malignant tumor. It turned out that the toxicity of radioactive substances by entering through the skin of those patients who did not drink wine at all, accounted for 38.4%, in those who drank half a Cup a day to 31.8% and 13.6% of all those who daily drank a glass of red wine.

However, the excess doses of alcohol had the opposite effect: the degree of toxic contamination increased sharply to 35%. Thus, the use of a small amount of wine in the irradiation process helps to significantly reduce the lose of the whole organism and skin in particular.

“If wine can help prevent toxic exposure and thus does not affect the effectiveness of the treatment, it will be able to increase the therapeutic effect in cancer patients without increasing the risk of serious side effects,” – said one of the researchers.

At the same time, according to the oncologist Ekaterina Chernova to the development of cancer are Smoking, alcohol abuse, overweight, lack of physical activity, poor nutrition. In addition, cancer provoke heredity, infection with human papillomavirus, hepatitis b, and other carcinogenic infections.