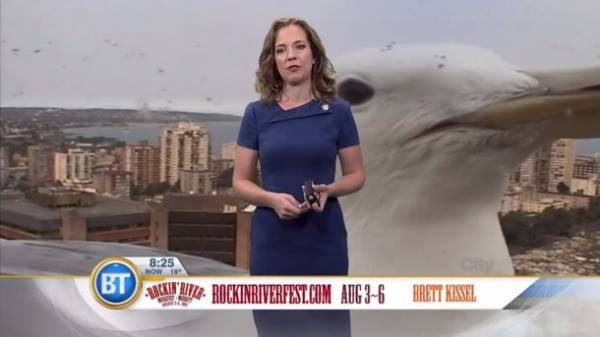 In the morning TV show Breakfast Television, emerging on the canadian channel City, during the weather forecast behind the leading Tare gin appeared a giant Seagull. The bird perched near the camera, in a Studio overlooking Vancouver, according to tjournal.ru.

Reddit users noted that the gull did not spoil the issue but made it only better. Of the same opinion, and Tara Jean, who called the live bird behind “the greatest moment in my career”.

This is not the first case of its kind with a camera that shows the view of the city for news in real time. In 2009 Chaika interfered with an Australian weather presenter. And in April 2017 journalist Patrick hammer found on the screen of a huge spider.