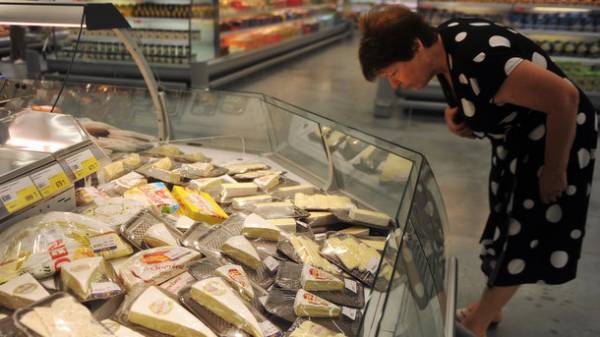 Despite the fact that in its report for the first six months, the Ministry suggests increasing the average salary by 37% compared to last year (from 4746 UAH to UAH 6494), the majority of Ukrainians continued to economise sometimes even on essential things. The poll shows sociologists, the company Research & Branding Group, to cut their expenditure accounts for 86% of the surveyed 1800 people from all over Ukraine. Another 10% are undecided with the answer, and only 4% of respondents said that in current conditions would not deny themselves anything.

ON FOOD AND WATER. According to the study, Ukrainians often reduce the cost of clothing and footwear, and food — this was stated by 53% and 52% respectively. By the way, last year on food saves only 18%.
Saves people and on utilities — 37% of respondents noted this in their responses. For example, Olga from Kiev, Homenko does this by consciously consuming electricity and water.

“I have everywhere led light bulbs — they are expensive, but ten times less “harassed”, but if not lie in the tub and take a quick shower, then a month can save a good idea” — shared with us girl.

THE MAIN THING — STUDY. At the same time, denying myself the necessities, many Ukrainians can’t resist buying expensive things and luxury items. Thus, only 23% of respondents admitted that indulge in such pleasures of life. According to psychologist Lilies Voronina, this situation is due to the mentality of the Ukrainians.

“We have in the course still remains a post-Soviet pokazushnichestvo and philistinism, and in favor of luxury, security and respectability. We continue to “meet on clothes”, and because people are often keen to demonstrate the wealth even to the detriment of themselves,” — explained to us the psychologist.

But less likely, according to the poll, Ukrainians save on education. Only 12% admitted that cutting costs at the expense of their studies. Such situation can be explained by the fact that Ukrainians still believe that work can only be found with higher education.

“Now parents are very important to the child had a diploma, because, according to popular stereotype, without it career not to build, told us hr-expert Tatyana Pashkina. — So we have a lot of applicants with higher education”.

At the same time, experts note that according to the results of entrance campaign in 2017, the present applicants do not choose those occupations that the country needs — go to the right and the economy is in demand of workers.

Also, citizens failed to do it, to save on connection — at this point, was able to exercise frugality only 23% of respondents. This figure is due to the growing demand of Ukrainians in the Internet — according to KIIS, the number of active network users is increasing every year. If 20 years ago only 1% of Ukrainians use the Internet, today — already 63%.