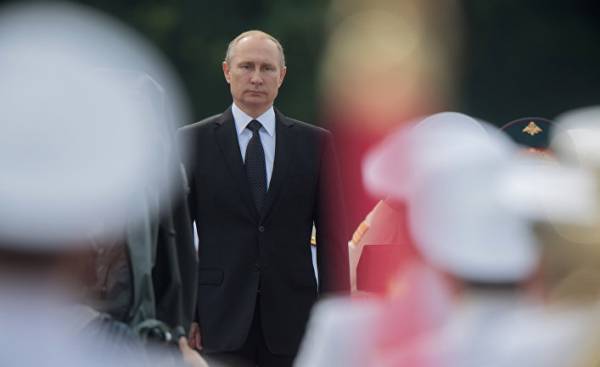 Us Congress tightens sanctions against Russia. It has no affect — will only increase the centrifugal force in the West. And that is what makes a bet a strong master of the Kremlin.

In Washington, both houses of Congress overwhelmingly voted for new sanctions against Russia. The Europeans are looking at it in confusion. What at first glance seems to defeat Putin, is in reality the triumph of the strong ruler of the Kremlin.

It is obvious schism of the West in terms of relations with Russia, at least small balances economic dissatisfaction with the sanctions. European Commission President Jean-Claude Juncker (Jean-Claude Juncker) has expressed its outrage — the slogan “America first” cannot mean that “European interests remain in last place”.

In the debate about sanctions, which long avoided, but now are obviously hiding major differences in Western governments, including the relevant industries. But Putin would not be a talented tactician and an expert on all of the weaknesses of their rivals, if I didn’t know how to aggravate and strategic use of the Atlantic rift, which has now become obvious.

What is urgently needed West is that while he is generally capable and stays together, is not only a set of tactical tools to communicate with the Eurasian power, but a strategic and ambitious Eastern policy, which unites elements of both conflict and cooperation.

Sanctions often lead to nothing

However, it will not occur by itself, and the era of trump is still harder than before. But it must be developed and implemented actively and creatively, without restrictions on the part of the thoughts and discussion.

Field of action covers both a painful revision of a variety of more or less the sanctions and to save the remnants of arms control, conventional and nuclear, as well as developed during the cold war confidence-building measures and security.

Sanctions communication between States that are not war, but a world they are not. Sometimes, as proved in the 30s Japan and Italy, they become unforgettable in the history of the world event. Sometimes they have no effect. And sometimes, in rare cases, they are successful.

Thus, while it is routine to extend anti-Russian sanctions at the Brussels level, or if the desired effect is not achieved, to tighten them. For more than two years, the sanctions were designed to punish Putin’s Russia due to the annexation of Crimea and war in Eastern Ukraine and turn it in the direction of civilized communication.

However to the purpose, they still failed, but has exacerbated the economic situation in Russia, which is already difficult due to continued low oil prices. But why they have not led to concessions from the Kremlin?

Error in American thought — and this also applies to Canadians and Europeans is that in Western countries in challenging conditions, and the rising costs blame the government, it causes dissatisfaction and sooner or later leads to a change of course — that is, regime change.

But not in Russia. There is another logic: the fault is not a strong ruler in the Kremlin, and the external world, which has long wished mother Russia is evil and wants to surround her. Therefore, Russian needs to come together and look at the suffering of spiritual renewal.

The Moscow elite, instead of weaken, can mobilize the history of Russia, the victory in the Second world war, Orthodoxy, and above all, the old Russian patriotism to counter the difficulties.

What did the EU?

In Russia the expansion of NATO to the East, the strategic flirtation in the West with Georgia and Ukraine and policy of sanctions is perceived as a global environment — including the intention to overthrow the Moscow regime.

But instead of investing all available funds in the General improvement in living standards, is the Kremlin creating a new dangerous enemy, is developing a new nuclear doctrine and plays a hybrid war below the nuclear threshold.

However, not only in Russia, the sanctions are a means of strengthening domestic policy. In Washington they have to pass the Republican voters with the message that any statements of the administration trump against Russia are not the last word.

Merkel’s words about the USA

The fact that this victim be the European interests, raise legitimate criticism, what is evident in the cadets and others. However, the Commission in Brussels needs to ask the question: what has she done over the past two years to re-bring together the interests of the US and the EU, to prevent internal conflicts of the Alliance, or to push national governments in the direction of alternatives? The easiest way was to do nothing — Yes, it is easier, but not, as is now becoming clear.

During the crisis in Atlantic relations may occur chance. Perhaps this is what you were referring to Angela Merkel in beer tent in Munich, when he complained that Germany can no longer rely on others — say, those days are in the past.

Merkel is not the type of person who crucial issues to be discussed publicly. Her mysterious statement has caused a worldwide issue that all of this happens — for Germany, Europe and around the world.

The Germans are no more benefits

However, the answer is because that’s her power — she had left with him. From Berlin to Washington after London and Paris occupied themselves — there is a vacuum of leadership that can not last long.

The danger of our time is as unpredictable strategic instability. The last decade of the cold war — nuclear, global-and bipolar — was determined by the construction of a common agreed security of both Nations. Long nuclear peace, which emerged as a result, has long remained in the past. The story in unpredictable constellations, and the Germans have no advantages.

Can America again, like 70 years ago, to determine the global state? Churchill belong to the comforting words that you can always rely on the fact that Americans will find the best solution after they eliminate all alternatives. The question is, is it possible to wait so long. 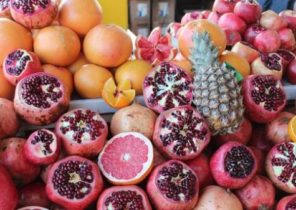