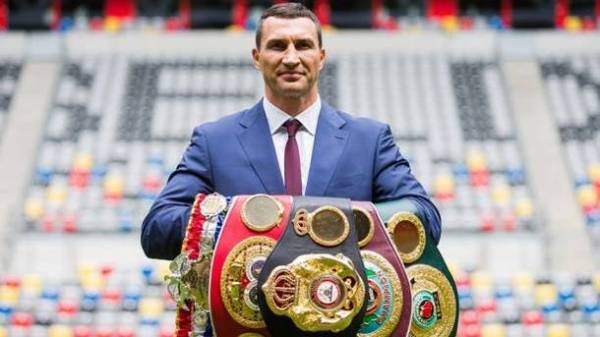 The President of Ukraine Petro Poroshenko commented on the decision of Wladimir Klitschko to finish Boxing career.

He noted that Klitschko has become a symbol of victory and glorified Ukraine for the whole world.

“The triumph of Vladimir will always live in our memory as an example of a steel willpower. Ukraine is proud of you, Champ,” wrote Poroshenko in Facebook.

In turn, Prime Minister Volodymyr Groysman wrote: “Thank you for the unsurpassed fights and wins! I wish you success and achievements on the new fronts!”.

As it became known today, Wladimir Klitschko recorded a video message in which he stated the end of the Boxing career.