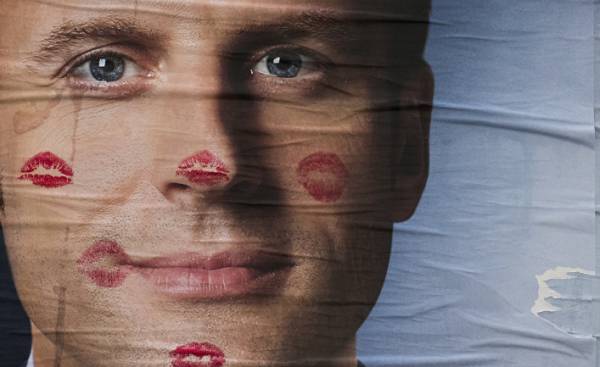 The statement of the movement “Go Republic!” about the creation of their media has not gone unnoticed. The first has responded to journalists: some considered it a manifestation of the crisis of the profession, while others saw in the incident a proof of mistrust of the President of Emmanuel Macron and his entourage to the traditional media.

Specialists in information space, in turn, has provided rather mixed signals, where the old coexists with the modern and even quite unprecedented.

Historian media can only wonder at the concept of novelty in the creation of a political movement on its own information. Is it here on the contrary are not talking about returning to the origins of old French model?

This model, I must say, is very far from the Anglo-Saxon, which occupied a dominant position in the democracies and examines the press as a fourth power, while journalists strive to become closer to the ideal of objectivity.

French model, in turn, originated with the French revolution. It celebrates the pluralism of the press, and the main value is freedom of speech, supported by the Declaration of the rights of man and citizen. Under this concept, the objectivity of the journalists invariably raises doubts.

The criterion of freedom of expression

From the French model came out, the party press, the apogee of which occurred in the period III of the Republic. In the book “the Invention of journalism in France: the birth of the modern press in the late nineteenth century” Tom Ferenczi (Thomas Ferenczi) recalls that each party and major policy had its own newspaper.

After the liberation from Nazi occupation Ordinance 1944 redraw the landscape of the national press, presenting freedom of expression as the criterion of the publication of Newspapers. When General de Gaulle once again took the helm in 1958, he knew he could rely on the newspaper La Nation. At the other end of the political spectrum was L’humanité, which, as they said, was “the Central organ of the French Communist party”.

Thus, the media of the President’s supporters will probably not innovation but a return to the past. In any case, this decision leaves a bitter taste given the passed in recent decades, the path to approval of professional journalism, which provides information for public discussion no longer serves any point of view and aims to be a counterweight to government in the public interest.

Distrust of the French

The citizens often do not like the proposed in this section information as “opposed” faces accusations of lack of independence in relation to political authorities and money.

Traditional survey “French people’s trust in media,” which regularly Médiaspouvoirs since 1987 (the results are published each year in the newspaper La Croix), gives the problem in figures: half of the respondents believe that the above media events actually unfolded differently. In addition, two-thirds of the French do not believe that journalists the strength to resist the pressure from the authorities. Over the past 30 years, these figures have not changed.

A number of economic, political, and even public figures have used this distrust, presenting it as an argument against journalism. Just look at the discussion of these issues in social networks.

The presidential campaign, in turn, shed light on how candidates have used this distrust to evade or to go to the counter at raised media matters and revelations. Formation of information on the movement of “go Republic!” is an excellent opportunity to build on the doubts about the traditional press and promote the concept of a partition into communities.

The formation of a community of values looks quite meaningful against the backdrop of radical changes in the means of obtaining information.

Considered (or not) the reader

The report, which was submitted to Pelren Fleur (Fleur Pellerin) when he was Minister of culture and media, I wrote about a horizontal approach to information retrieval: he played a dominant role among young people, however, began to spread on the whole society. The man who has the interest to any event, fact or subject, does not refer to traditional media, and relies on search engines and social networks.

In a recent work of the American Pew Research Center found that similarly receives half of the people, while the preference information sites gives only a third. In this approach to information retrieval on the same level are all the sources: media, economic figures, political groups, pressure groups, etc.

The media situation shaken the stronger that the credibility of their proposed information can be enhanced or undermined by contrary, depending on who recommends to familiarize with it. Held in Oxford researches were even more clouded this picture, showing that more than half of people do not remember the source of their information.

Politicians very quickly realized that I can use the Internet as a means of circumventing the media in their role for the selection and prioritization and filtering of news. Some of them started their own blogs, but the most effective way to directly reach out to citizens and voters turned the social network. Use social networks — it’s always suggest “older”.

Barack Obama won the election through social networks. American far right, in turn, demonstrated mastery of them playing on misinformation and conspiracy theories. Especially noticeable is their influence manifested during the last presidential campaign in the United States, when the false news helped to win public opinion.

Scheduled movement of “go Republic!” Media meets the desire of politicians to circumvent the traditional press: the active use of Twitter as a candidate and President trump, channel Jean-Luc Mélenchon (Jean-Luc Mélenchon) on YouTube, the video message of the President of Macron in Facebook… For France all this means a rather unexpected link between the past, the party’s media and evolving forms of political PR based on digital technology.

The question is, will people support these funds bypass professional journalists under the pretext of modernity.

When all sources and all sides equally claim our society is looking for guidance. Professional and objective journalists simply cannot miss this moment. 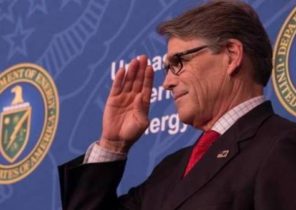