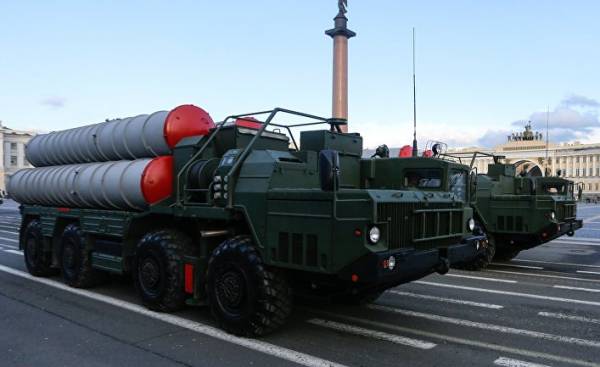 During the nine months of negotiations and now, it seems, the deal is almost decorated. “We are in good position and look forward to an early completion [of the deal],” said Ibrahim Kalin (Ibrahim Kalin), the press Secretary of the Turkish head of state Recep Tayyip Erdogan. We are talking about the purchase of Russian s-400. Erdogan can not wait for the transaction. “God willing, we will soon see in our country, With-400”, — he promised last week the deputies of his Party of justice and development.

Military experts in Ankara confirm that negotiations are at the finish line. In accordance with the agreements, Turkey in 2018 to two divisions, each with four missile systems from Russia. Another two divisions will be delivered to Turkey later. The total amount of the transaction is approximately 2.5 billion dollars. The question of terms of payment is still open, I say close to the deal sources. They say that Russia can Finance the purchase with a loan.

The prospect that the NATO partner Turkey will acquire Russian anti-aircraft missiles, called Washington great dissatisfaction. “If they really do, there are reasons for concern,” — said the head of the General staff of the United States Joseph Dunford during a recent conference on security in aspen, Colorado. Erdogan, in response, said: “Why should be bother?”. According to him, each country should take care of their security.

For a long time with the United States negotiated for the supply of Patriot SAMS — to no avail. “So we are planning now the use of missiles s-400, whether they like it or not,” Erdogan said last week in Ankara. As the Turkish sources, negotiating the purchase of Patriot battalions fell through due to the fact that the US refused to cooperate in the manufacture of systems and related technology transfer, as demanded by Ankara.

Turkey for many years looking for a modern anti-aircraft missile system, since the Turkish armed forces do not have their own systems in the past the Turks with Patriot missiles to help had Germany, the Netherlands, Spain and the United States. So, missiles of the Bundeswehr were stationed in southern Turkey to protect partner from NATO attacks Syria. At the end of 2015, the support was discontinued.

In 2013, the Erdogan government during the tender process on its own SAM made a choice in favor of the Chinese company CPMIEC. The Chinese managed to break through the competition from the USA and Europe. NATO began to sound the alarm: the integration of Chinese missile systems in the military structure of the Alliance partner represented a security risk, said NATO military. Due to the pressure of Alliance partners, Erdogan had to cancel the order.

The concern is observed today in relation to the planned order of Russian missiles, at least on the same scale, if not more.

Technology transfer between Russia and Turkey

While the relationship between NATO and Russia are at their lowest point since the end of the Cold war, Erdogan is looking for ways of rapprochement with the head of the Kremlin Vladimir Putin. Since the crisis after the incident with the downed Russian bomber aircraft of the Turkish air force in the skies over Syria at the end of 2015, the relationship quickly recovered. In mid-August, Putin and Erdogan during a meeting in St. Petersburg secured a reconciliation. Even then, Erdogan said: “We will strengthen our cooperation in the defense industry.” Some time later, negotiations began for the supply of systems s-400.

Press Secretary of Erdogan stressed that in the case of transactions not only on the purchase of defense systems. Purchase of s-400 means the beginning of a long-term technology transfer between Russia and Turkey.

After the participation of the Russian company Rosatom in the construction of the first nuclear power plant Akkuyu on the Mediterranean sea, Russia gets along with the installation of missiles s-400 in Anatolia and also access to the country’s defence industry NATO. Putin may hope that along with the deal fell out of NATO with Turkey. In addition, Erdogan has long flirting, seeking to join the SCO, dominated by Russia and China.

Relations between Turkey and the European countries of NATO after the military coup in July 2016, the most intense since the Turkish invasion of Cyprus 43 years ago. But criticism of Erdogan because of the “cleansing” at present, also criticized the ban on the visit of the Bundestag NATO base in Konya.

Relations with Washington are also greatly complicated. The United States refused to give Turkey the enemy of Ankara, the Fethullah Gulen. Additionally, Washington continues to operate in Syria with the Kurdish people’s protection units (YPG), which Ankara considers terrorists. In view of the new sanctions against Moscow and the forthcoming expulsion of hundreds of American diplomats from Moscow missile deal Erdogan receives special political overtones.

If in the case of purchase of Chinese air defense missile systems in Turkish military circles there were doubts about the reliability of systems such concerns, the Russian s-400 there. They are considered the most modern systems in the world. Missiles with a range of 400 km and can reach targets at altitudes up to 27 km and One battalion of s-400 is able to simultaneously record up to 300 objects.

According to insiders, the experts of NATO face the “great respect” for these missiles. However, it is not only about power systems s-400. Unlike used NATO Patriot systems, C-400 has the usual Alliance recognition system “friend or foe”. Therefore, Erdogan could theoretically use the system and against NATO partners — for example, against aircraft archenemy, Greece, over the Aegean sea. 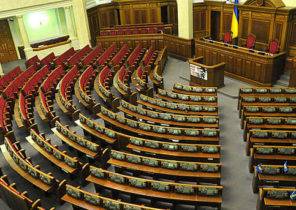