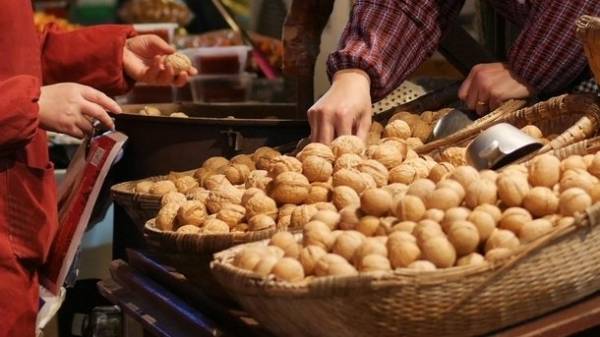 The cultivation and subsequent sale abroad of walnut in Ukraine is almost entirely in the shadows. This was repeatedly stated by representatives of public organizations, spoke openly of power. This phenomenon of the Ukrainian economy was even awarded with their own term “nut mafia”, writes UBR.

Shortly before the new harvest nuts, which will come in September-October, Hlushchenko Volodymyr Lapa discussed with representatives of the Ukrainian agrarian Council (VAR) and the Ukrainian nut Association problem issues of export control nuts. In particular, the meeting talked about the draft law developed by the VAR. The purpose of this document is to introduce a system of electronic administration records of the movement of certain goods. Including nuts.

However, the state foods and consumer service believe that you can do without a separate “nut” laws. And for most of the current problems fit existing acts. I agree with the officials and representatives of the relevant industry: legalize the market without additional regulation.

“The main goal is to bring the market out of the shadows, it was the government to introduce licensing or otherwise to regulate this market”, — said the head of the Association “Ukrsudprom” Dmitry Baby.

For this, according to him, is sufficient on the basis of existing and planned walnut gardens to establish production from a confirmed legal origin. Subsequent purification and packaging will increase the price of the nuts almost double. Therefore, additional value will be created not at the expense of shadow schemes, but due to processing.

What is offered to the growers?

According to the Crumbs under the industrial walnut gardens located no more than 6% of all landings. About 80-90% of the crop is going nuts in the backyard and sold by dealers.

“The bulk of the nuts coming with his household. When buying for cash do not pay taxes and there is no confirmation of sources of origin of walnut. In addition, in most regions of the country gardeners working in the old way — how has grown so much and are trying to sell. Do not study weather conditions, do not predict the harvest. There are many losses as there are no protective measures,” said Baby.

“Dealers in Vinnytsia, Khmelnytsky, Poltava, Ternopil and other areas are buying cherries, plums gooseberries and other fruits-berries and handing it to the trader. He sends the goods for processing, export or in shops. Nobody thinks how to improve the product. To give it more value and earn more,” — said the Director of the company SmartLands Taras Basystyuk-HAPTER.

According to him, it would be much more profitable to buy raw nuts 1.5-2.5$./kg. to process it and to sell already packaged for 4-6 dollars./kg, including abroad.

Processing walnut allows you to increase the profitability of the business, experts say. “The quality is very sloppy. Packaging plant in the country. They can pack any product, but are not able to divide into factions. … Packaged for carriage, the nut is about twice the price. And the packaging costs are much lower. That added cost,” said Basystyuk-HAPTER.

The cost of the processing plant varies between 1.5-3 million dollars depending on power. For example, for $ 1.5 million. you can build a line for the processing of 500 kg of nuts per hour, or about 2 thousand tons per year. 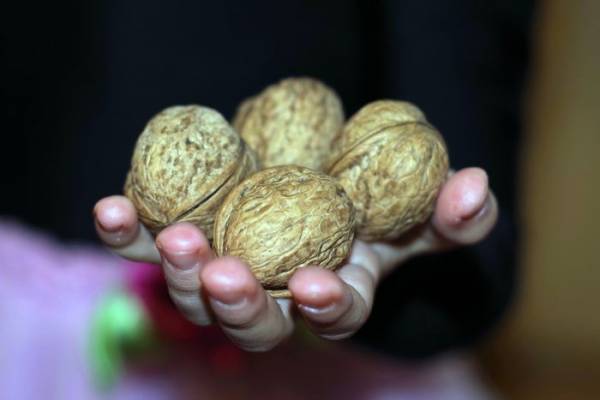 The world has long not rely on the favour of nature. In the cultivation of horticultural crops use of new technologies. From automated watering, to photo-video drones landings to assess the status of the plantings, spectral analysis, etc. using modern weather stations, which allow you to better prepare for changing weather conditions or to combat plant diseases. But all this requires investment.

“The production of nuts is one of the most interesting segments of the agro-industrial complex of Ukraine, which provides a high level of profitability. Gradually big business starts to be interested in investments in the development of these promising niches. But gardens grow long, but because such investments for longer will come back and it is stopping,” — said Deputy Minister of agrarian policy and food of Ukraine on European integration Olga Trofimova.

Where are the nuts?

According to Trofimovoj, the Ministry is interested to diversify the structure of agricultural exports, in order not to depend only on supply of grains and oilseeds.

“Historically that the harvest of more than 2 million tons of fruits and berries, in 2016 only 10% fruit and 15% of fruit were grown in the farms. The rest were in private houses,” — said the Deputy Minister.

According to the Ministry of agrarian policy, in 2016 export of walnuts from Ukraine amounted to 40 thousand tons in the amount 79,29 million. the import of 1.92 tons of 13.56 million.

“In my estimation, our country can export industrial grown walnuts 16-20 thousand tons per year. It is very small. With the right approach, this volume can be sold in Germany. Another thing is to create this demand on the markets of the Middle East or the EU. Can not come on the market and say buy me a 2 thousand tons of tasty nut” — said Basystyuk-HAPTER.

As showed results of research of experts of “ProAgro”, last few years the geography of export of walnuts from Ukraine has grown considerably. According to expert estimates, Ukraine has all chances to enter the markets of Germany, Spain and Italy, which are the largest world importers of walnuts with a share of about 70% of the total European imports of walnuts.

According to the Center for export support in the future 1-3 years Ukraine may increase export of nuts, helped by pricing. Thus, the export price in 2017 have increased by 18% and amounted to 2.83 USD./kg of nuts without shell.