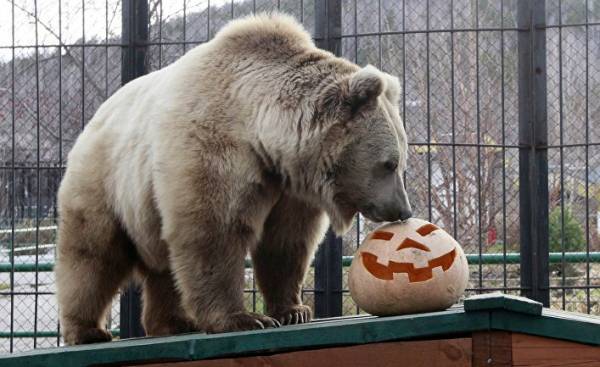 Thursday, July 27, the US Congress finally approved a bill that, in essence, puts Russia on one line with Iran and North Korea, making it one of the chief adversaries of the United States, and restricts the ability of a President Donald trump to cancel anti-Russian sanctions. The bill also introduces new, tougher sanctions against Russia. Some analysts have called the move a return to cold war, but Pro-Kremlin commentators drew analogies with McCarthyism. However, both is exaggerated.

The new bill is of great importance, because he makes Russia a formal enemy of the United States — exactly 30 years after Mikhail Gorbachev and Ronald Reagan signed the contract on liquidation of rockets of small-and medium-range missiles, which put an end to the arms race.

The Russians will be surprised to learn that their country officially recognized an enemy just now. In an imaginary world, which creates the TV projects on Russian state television and which they impose on ordinary citizens, all this time, there was a struggle between two world powers is between America (and its subordinate satellites by the European Union) and Russia, which again managed to get to his feet thanks to Vladimir Putin. If someone told the Russians that until 2016 USA and the European Union did not notice Russia, they would take it as an insult and refused to believe it.

For a long time this image of the world, which imposed the Russian media, has been extremely inconsistent. While the channels passed tough anti-Western propaganda, Russia participated in joint military exercises with NATO, allowed the United States to use its military bases for the conduct of the campaign in Afghanistan, held a summit of the Big eight in St.-Petersburg and even expressed a desire to join the WTO. Gradually, however, this imaginary world, created by Russian propaganda, began to become a reality: Russia has started sinking deeper into economic and political isolation, and eventually the West began again to consider her as a threat. This is very similar to the plot of the movie “Wagging the dog” (another translation — “Wag”), in which the war in Albania, invented in order to save the reputation of the President has turned into a real.

But while in Russia reality created by the media and the image gradually merge, in the West they diverge. The impression that the US and Europe do believe that Russia should be treated as a serious threat — that is, as in the past belonged to the Soviet Union. But does Russia really pose a threat to the West?

Any comparison of Russia and the Soviet Union today sounds ridiculous. The USSR was the poor state, but he still remained the leader of the socialist camp. The satellites and allies of the USSR was half of the world. Today Russia’s GDP is only 1.5% of global GDP and allies, she’s only 10 (if to judge by results of voting in the UN on the question of the annexation of Crimea). Two of them are former Soviet republics (Armenia and Belarus), and the eight remaining is Bolivia, Venezuela, Zimbabwe, North Korea, Cuba, Nicaragua, Syria and Sudan. The only thing that binds these 10 countries is widespread poverty, and internal instability.

On the international stage, Russia now, as before, behaves more aggressively. However, the impact of a country is measured by its ability to achieve policy goals. And what Russia has managed to achieve lately?

Let’s take, for example, cyber attacks and disinformation campaign allegedly organized by the Kremlin. Traces of the hackers, linked to the GRU, was discovered after hacker attacks on e-mail, French President Emmanuel Macron (Emmanuel Macron) and after attempts to Islamite electronic system for voting in the United States. The same hackers accused of trying to hack the servers of governments and other important political institutions in almost all European countries. It is also known that these hackers interacted with the Kremlin “Troll factories” that were involved in the spread of misinformation in social networks.

A typical example was the election in France. Hackers successfully hacked the email of the Macron, and the trolls were actively spread false information about offshore accounts, while the Russian government had supported his opponent, marine Le Pen (Marine Le Penn). But how did it help her?

The Americans still complain about the interference of Russia in their presidential election. Of course, Russia tried to intervene, but all fake news spreading in the United States before the election (for example, information about the “disease” Clinton), was invented by American conspiracy theorists, which did not need the help of the Kremlin, in order to distribute them. Hackers could not gain control over most of the automated means for voting. And as for the meetings team members of Donald trump with suspicious people linked to the Kremlin, except those meetings they any good? Even if the lawyer Natalia Veselnitskaya gave the members of the team trump information about “illegal donations” on the campaign trail Clinton, this information was irrelevant — otherwise trump would have used it as compromising.

No matter how desperate the attempts of Russia to interfere in elections, they have not brought almost any results. Much more trouble is the fact that millions of American citizens to blindly believe in primitive populist slogans trump.

Ultimately, unless Russia has extracted some benefit from the victory of Donald trump? Relations between the two countries soured even more, and Russia has not received any dividends from their campaigns in Syria and Ukraine. And the anti-Russian sanctions became more stringent.

With all other countries in the Affairs of which Russia tries to intervene, the situation is exactly the same. In Central and Eastern Europe and the Balkans, Russia has actively sponsored right-wing parties. But despite these financial investments, Russia has not received public approval in any of these regions. In Montenegro GRU tried to organize a coup to prevent the country to join NATO. Her plan failed and only strengthened the desire of the people of this country to join the Alliance. The Parliament of Montenegro voted for accession by an overwhelming majority.

Vladimir Putin may very flattered that his name has appeared on the covers of international editions — even more than there appeared the Beatles at the peak of its popularity, but we have to admit that he really does not deserve much attention. Russia will not become a real threat to the West, until all its institutions (including the army and intelligence services) are shot through with corruption, while its citizens are buying a Villa in Biarritz, and send their children to study in British and American universities, while its economy is entirely dependent on sales of oil and gas to Europe.

In fact, Russia will very soon realize the extent of their dependence on the West. This will happen when the trump will sign the bill, approved by Congress, and the new sanctions against Russian energy companies and projects will take effect. It’s ironic that trump forced to sign this bill largely due to the fact that he is accused of collusion with Russia.

Forcing the West to believe that Russia represents a real threat, it may ultimately be faced with a very serious reaction. And the Kremlin, this reaction will not like.

Roman Dobrokhotov — civic activist and journalist working in Moscow. He is chief-editor of The Insider.