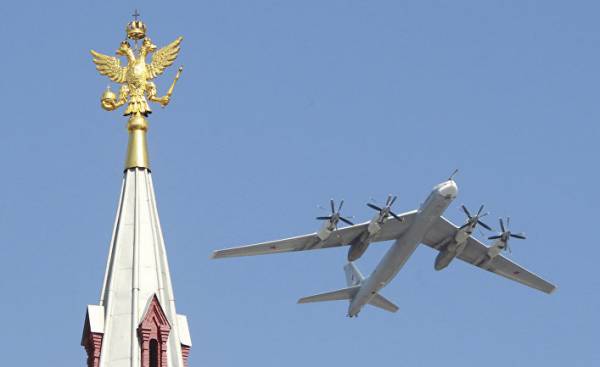 The sixth of July, the Russian delegation at the UN issued an official statement in which it criticized the position of Washington against the North Korean crisis. In his statement, Russian diplomats have disputed US claims that the fourth of July, North Korea launched an Intercontinental ballistic missile toward Japan, stating that North Korea launched medium-range missiles. Russia also opposed the proposals of the UN to tighten economic sanctions against Pyongyang.

Numerous Western analysts, for example, columnist edition of Bloomberg View, Leonid Bershidsky, and a member of the Council on foreign relations (Council of Foreign Relations) van Jackson (Van Jackson), trying to explain the behavior of Russia, with an emphasis on economic and geopolitical ties between Moscow and Pyongyang.

But there’s something else. Moscow defends North Korea so that and the Russian public and the international community perceive Russia as a great power.

My doctoral dissertation focuses on how in times of international crisis the Kremlin elite remind the public that Russia is a great power. Their goal is to rally the public to support its policies and the strengthening of Moscow’s positions in the international arena as a reliable counterweight to US hegemony.

You can see this drawing attention to the following: firstly, on Russia’s attempts to show itself as a country more efficient in conflict resolution on the Korean Peninsula than the United States; secondly, the desire of Russia to lead international coalition against the current Washington’s policy of coercion of North Korea.

1. Russia wants to prove that as a mediator in international Affairs it is better than USA

Since the beginning of Putin’s third term in 2012, the Kremlin politicians often interfere in the process of conflict resolution. This is done in order to remind the world that Russia is a great power. Russia often reminds the international community about its leading role in the diplomatic resolution of conflicts — as, for example, in resolving the issue of destruction of chemical weapons in Syria in 2013. The whole point is to show the international community that Russia can solve the problems that the U.S. can not solve.

Besides, every time any country asks Moscow to help in resolving the conflict, Russian state media trumpeted about it hard. These requests demonstrate the international influence of Moscow, making an impression on the nationalists in Russia itself, and refute the opinion of the West that Russia diplomatically isolated.

We can see how Russia uses both of these tactics in response to North Korea conducted ballistic missile tests.

Since then, in April 2017, North Korea conducted ballistic missile tests, Russia has consistently said that her strategy for maintaining a positive relations with Pyongyang and Seoul are more likely to contribute to the peaceful settlement of North Korean crisis than the aggressive attitude of Washington toward the DPRK.

For example, in may Russian President Vladimir Putin said the special envoy of South Korea in Russia song Yong-Gil (Song Young-gil) that is ready to send to the Korean Peninsula the Russian diplomatic delegation to mediate between the DPRK and South Korea.

During that telephone conversation, Putin also criticized the us anti-missile system THAAD is designed natmosphere for high-altitude interception of ballistic missiles of small, intermediate and medium-range missiles, which have already begun to deploy in South Korea. Putin justified his criticism, stating that THAAD system actually contributes to increasing tensions in relations with North Korea and threaten Russia’s security, but it is unable to adequately defend South Korea from DPRK artillery.

The decision of South Korea to suspend further deployment of the THAAD system eighth of June indicates that some high-ranking members of the left coalition of the President of South Korea, moon Jae-In (Moon Jae-in) is of the same opinion as that of Russia. It gives Putin an additional opportunity to extend the idea that in conflict resolution Russia is better than USA, and helps him to persuade other countries that, in international Affairs without Russia not to manage.

2. Russia is trying to establish in the eyes of Russians its image as a great power

This is evident in how the Russian state media enthusiastically (and often several times) to report each case when some international leader praises (even casual), Moscow for participation in resolving the North Korean crisis.

For example, Russian state media has repeatedly mentioned that foreign Minister Wang Yi (Wang Yi) consulted on the question of the North Korean crisis with his Russian counterpart Sergei Lavrov. They often show the public statements of leaders like the President of the Philippines, Duterte Rodrigo (Rodrigo Duterte) who support Russia, advocating for a political settlement of the North Korean crisis.

All this is designed for the Russian audience and shows that the Kremlin elite pays great attention to how citizens perceive the role of Russia in the world. The importance of public opinion in shaping Russian foreign policy can be understood by analyzing the results of social surveys. A survey conducted by “Levada center” showed that in 2011 his country was considered a great power, 47% of Russians. By 2016 — the growth of Russia’s involvement in regional conflicts — the number of Russians has increased to 64%.

Acting in international Affairs increasingly assertive and aggressive Russia evokes its citizens of the Soviet Union, with its superpower status, which could have an impact on conflicts worldwide. In this respect, the increased attention of Russia to the North Korea in many respects akin to its military intervention in Syria and expanding diplomatic presence in Libya and Afghanistan. Actively participating in international crises in the middle East and the Asia-Pacific region, Moscow is once again trying to position itself as a world power.

3. Russia wants to lead the country, resisting the fact that, in their opinion, was a diplomatic and military coercion by the U.S.

But Russia wants to be recognised world leader not only Russians, but also the entire international community. And so its position on North Korea due to her desire to lead an informal coalition of countries that believe that the United States is trying to overthrow the North Korean regime. Due to this role of the leader of Russia’s claim to the status of a world power and the main international counterweight to the US would become more reasonable.

So when China stopped exporting energy to North Korea, Russia has stepped into the vacuum and since then has positioned himself as the main foreign ally of this country-a pariah. To this end, the Kremlin invests in infrastructure in North Korea and technical cooperation with Pyongyang.

Thanks to these investments, Russia has secured the support of a number of traditionally anti-Western countries like Cuba and Iran who sided with Russia on the Syrian issue, and supported the annexation of Crimea in 2014. Putin’s strategy toward North Korea is helping him to expand and strengthen the network of allies of Russia.

In short, Russia wants to be a great power and wants to be considered as such. He wants to lead the country, who oppose the power and influence of the West. Ignoring the UN’s position and supporting North Korea, Russia strengthens this status within the country and abroad.

Therefore, the Union of Moscow with North Korea, perhaps in the near future will be strengthened.