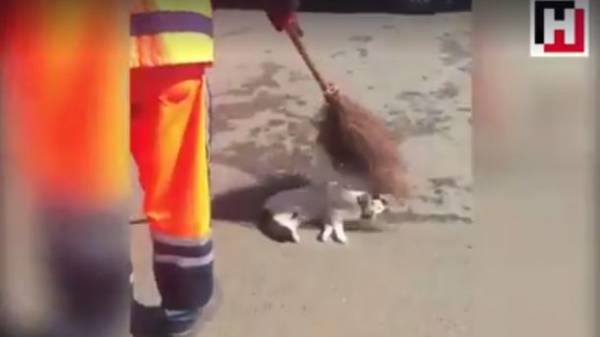 In Istanbul’s historic district Fatih, the janitor cleaned up at the street and saw lying on the pavement a white cat. She was not frightened janitor and even gave myself a Pat, turning a broomstick back and side – transfers “life”.

Video appeared on Facebook and in two hours gained 15 thousand views. Comments were divided into those situation in the video, touched by, and those who wrote that the janitor torturing an animal (such reviews significantly more).