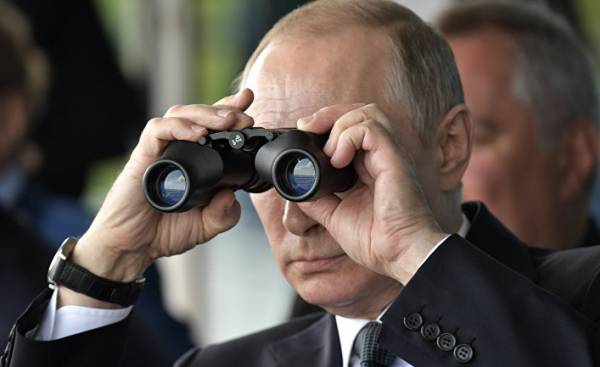 The main character of the popular Russian film “brat 2”, a veteran of the war in Chechnya, drawn in the main stage of the film the corrupt American tycoon with these words: “tell me, American, what power? Is the money? My brother says that in money. You have a lot of money, and why? I’m thinking that the power of the truth. Who is true, he is strong”. Then the yard was in 2000. Two years ago, Russia defaulted, and bloated in the 1990 s economic bubble burst. Russia has resumed the bloodshed in Chechnya, starting the second war after the actual loss of the first.

The year before NATO attacked Yugoslavia, which was a real shock for the Russian public. Even the well-minded towards the West people began to have doubts about liberal principles that allow you to bomb the capital of a European country in peacetime. Few believed the Western allegations that the only aim of the war was to prevent a humanitarian catastrophe in Kosovo.

The power of the truth, because nothing else we have left — so it is possible to interpret this famous phrase from the movie. During the filming of “Brother 2” was on the bottom: there were concerns that it will collapse like the Soviet Union. The West still really don’t understand the chaos that reigned in Russia in the 1990s and only began to give way to a relative stabilization. In the United States and Europe for the most part believed that the Russians brought a lot of suffering and hardship the collapse of the USSR was inevitable, and that the country embarked on the right path, the path of formation of the modern democratic state.

Inside it felt completely different. In fact, Putin’s turn was made possible primarily because the society is tired of the post-Soviet realities: the carelessness of power, lawlessness, constant economic turmoil, the feeling that the country is losing ground and will eventually be in the third world as the standard of living and international influence. On the eve of the departure of Boris Yeltsin on 31 December 1999, Putin published on the government website, their program, which called for high priority to return Russia its place among the first countries in the world. All this fully meets the expectations of the population.

Anyway, to achieve this goal would need funds. Yeltsin subordinates also wanted to restore Russia’s prestige and place in the world. They sought to return the country to the club giants on the basis of equality and common consent. Putin always believed only in force, however, continued the policy of integration in the first phase of their power.

The year 2003 was a turning point, both for the spirit and policy of Russia. First of all, the us invasion of Iraq showed the Russian leadership that the United States intend to act exclusively at his own discretion. In addition, Putin supported the Paris and Berlin against Washington in the calculation of progress in relations with the European Union, which has always been a priority for him. Whatever it was, progress never happened: a political front against Iraq adventure did not affect the principles of the EU, which has paid much more attention to bureaucratic procedures than policy.

Further, the “color revolutions” in Georgia and Ukraine became for the Kremlin a proof that the West finally embarked on the path of expansionism, and will reckon with Russia’s interests, only when he wants it. Once an agreement was impossible, remained to defend the law by force.

“In General, we must admit that we showed no understanding of the complexity and danger of processes occurring in their own country and in the world. In any case, are unable to react adequately. Showed weakness. And the weak get beaten”. Putin said those words in September 2004 during the hostage-taking in Beslan, but they were addressed not only to the terrorists. He meant all those who were against the return of Russia to the front ranks in the international arena. From that moment Putin was talking about Russia as a defeated country. She became the loser in the cold war. Until the events of 1990-ies was perceived differently: Russia together with other countries to put an end to the Communist system. She was in the camp of the winners. To say that a large part of the population took such a claim seriously, of course, it would be an exaggeration, but in the West, Russia everywhere (though not officially) was considered the losing party, the country without the means and right to claim the first role.

The thirst for revenge

Putin began to play in directing the Russian society of thirst for revenge. And it was not about territorial revenge (until 2014, no one seriously never even thought of), and the return of the previous status of the country in the international arena, the desire to regain the strength to play a key role in the world and achieve respect. This tactic was more effective than arguments about integration into the global economy and the “civilized community”.

In the period from 2007 to 2017 (that is, with the Munich speech at the moment) Russia amassed forces to show that re can play a key role in the world. Military-political and diplomatic authorities of Russia, where there is a classical approach to problems of international politics and are unable to adopt new and innovative concepts like “soft power.” Power needs to be “rude.” The hero of “Brother 2”, which seems to be saying about truth about soft power really wanted to say that the only way to ensure the triumph of truth, to resort to the usual physical strength. Without it, the truth will not see a victory.

Over the past ten years, Russia has shown no nostalgia for power, but rather, fear is weakness. Throughout its history, it lived in fear of what might face with the sudden intrusion, to allow the enemy to undermine the country from within, losing the will and ability to resist. It is this fear that lies at the origins of territorial expansion, continued commitment to expand the buffer zone, to push a potential aggressor further and further from the center. In this perspective, the geopolitical collapse of the Soviet Union, the rapid expansion of NATO and the displacement of the contact line to the East became a real nightmare for Russia.

But that phase is over. Within a quarter of a century since the end of the cold war and the collapse of the Soviet Union the country had worked hard to recover (in the spirit of revenge), their government structure, economy, political system, role in the world. Simplifying somewhat, we can say that Russian society and the state developed in the aftermath of the events of 1991 that called them to life. The path can be assessed in different ways. It was a place for both the final and ad hoc, heroic efforts and fatal mistakes. In any case, those days are in the past.

The feeling of defeat

Russia is not the only country that lived in the shadow of the cold war after its end. The same is true of the West and, as a consequence of international politics. Nevertheless, Russia has formed a sense of self-defeat and a desire to make up for lost time. The West plunged into the euphoria and narcissism. From 2008 to 2016 (with global economic crisis to the election trump) the complacency of the West has gradually given place to anxiety, because the events clearly took a not the turnover that might have been to imagine at the end of the last century.

Refer to the events of the late 1980s — early 1990-ies to justify their actions (to stabilize the balance of power and its changes) it is meaningless for Moscow and Western capitals. Today everyone is waiting for the arguments of a completely different nature. Useless to explain to Donald Trump that the West is not a gentleman behaved with Russia at the end of the cold war. He still does not understand what was wrong. After all, this is a normal behavior among the magnates. The West is immersed in his own problems, and the period of extension is replaced by withdrawal. Russia also begins to realize that all her efforts to assert itself in foreign policy can not compensate for economic and social weakness.

Success requires more than military and political force. Perhaps another truth. Modern society is called “society of post-truth.” It is believed that in this field Russia has become a true master of manipulation. Whatever it was, her steps are somewhat forced: they are designed to hide the fact that the idea of development, not to mention her tasks, she is completely alien. It is becoming more apparent and is a proof of the very weakness that is so feared by all the Russian leaders at all times. 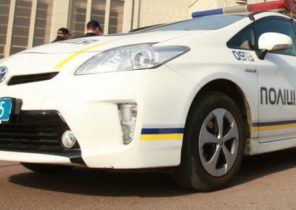