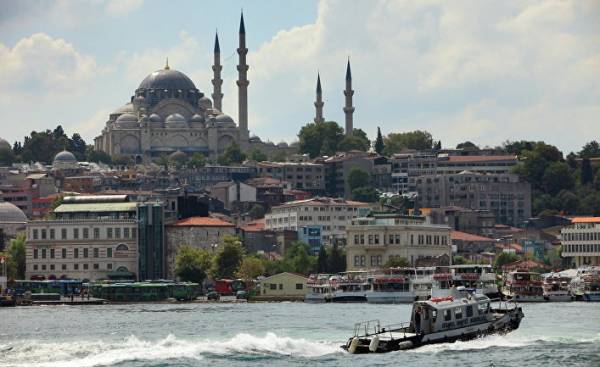 The income from tourism consist of tourist spending on a ticket and their personal expenses. Part of the personal expenditures of foreign visitors accounts for such items as clothing, Souvenirs, carpets etc.

For Istanbul especially important cost of foreign tourists shopping. With the reduction in the number of visitors and reduce their spending on shopping outlets in such districts of Istanbul as Kapalicarsi, Misir Carsisi, Nisantasi, as well as in some shopping centers, are faced with serious problems.

Data about decreased as the business of shopping, working with tourists, no. The only data that can show changing trends in tourist expenditures, is information related to duty free sales to foreigners.

As in many Western countries, we have foreign tourists, too, are entitled to VAT refunds on the amount of purchases in a special document.

To apply for reimbursement of VAT is an important source of information about the expenditures of tourists.

In practice, tax-free (“tax-free sales”), a foreign visitor who made a purchase in the amount not less than 100 TL + VAT may obtain from the seller a document and to exercise the right to reclaim VAT after the approval of this document at customs checkpoints at the exit.

The company periodically publishes information on the expenditure of foreign visitors in shopping districts.

The data on tax-free does not coincide with the data of TÜIK.

According to Global Blue, which tracks about 80% of the market was tax-free in Turkey, in 2016, the foreign visitors made purchases worth more than one billion Turkish liras. Of them in respect of the purchases totaling $ 550 million lire received application for obtaining VAT refunds.

The figure cited by Global Blue in relation to the costs of shopping for the year 2016, varies significantly with indicators TÜIK at nearly four billion dollars.

According to Global Blue, spending of foreigners to buy in stores in the first four months of 2017 amounted to approximately 400 million TL. Of them in respect of the purchases totaling $ 212 million Turkish liras was made application for obtaining a tax refund.

Most of the purchases in the first four months of the year was made by the tourists from Saudi Arabia.

During this period, the citizens of Saudi Arabia asked for tax refund on purchases in the amount of 31.9 million pounds. The average amount of purchases, after which the foreigners applied for tax refund in the first four months of the year amounted to 1.5 thousand lire.

Repeat, negative impact on the economy are the decline in the number of foreign tourists and revenue from each tourist. The scope of costs and their size determine the individual characteristics of foreign visitors, such as educational status, income level, culture. Tourists who chase the lowest price, do not make the expected contribution to the economy.