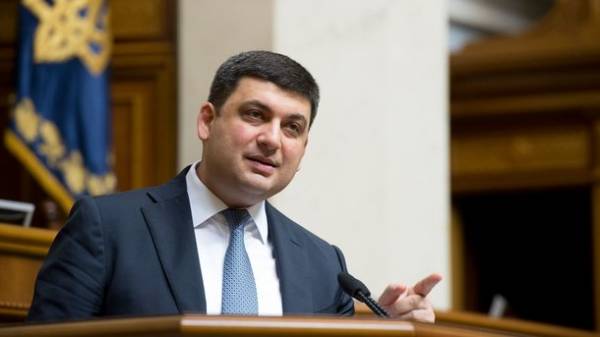 Prime Minister of Ukraine Volodymyr Groysman criticized the national Bank of Ukraine (NBU) for a lack of serious steps to reduce the cost of loans in the country.

“Already, there is a decrease in the discount rate, but not as much as we would like. We insist that this work has been accelerated,” the Prime Minister said at the “government Hour” in the Verkhovna Rada on Friday, March 17.

We will remind, on March 2 , the national Bank left interest rates unchanged, at 14%.

As reported in early March, the head of the NBU Valery Gontareva, accounting for the “blockade” in the Donbass, NBU sees no reason for easing monetary policy.