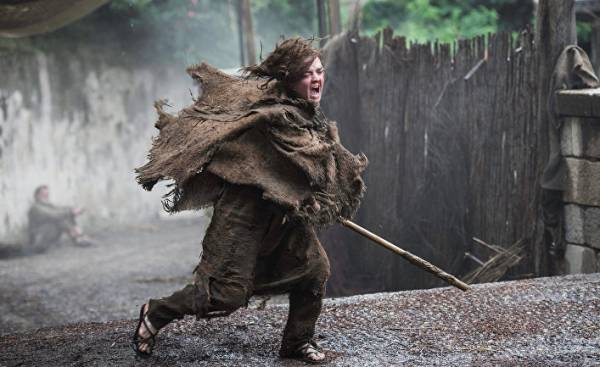 The Central mystery of “Game of thrones” is one of the main characters will survive, who will capture the Iron throne, unite the seven kingdoms and win the White walkers. However, the most intriguing question of this series is minor, and is formulated as follows: why will win winners? What are the principles and morals that the creators of “Game of thrones” would like to demonstrate? What is political philosophy and moral compass of the series “Game of thrones”?

George Martin (George R. R. Martin) for the first time brilliantly put this question to his books, killing those actors that, as suggested by the readers, were supposed to be the heroes of this narrative. Each death was a lesson. Ned stark (Ned Stark) lost his head due to the fact that he failed to use it correctly; the honor and dignity have no meaning without wisdom, common sense and a modicum of strategic thinking. His son Robb (Robb) was stabbed because of romantic love during the war, the fragile Alliance. Jon snow (Jon Snow) was killed due to the fact that he could not assess how the right solution can produce incorrect enemies among his own people.

This series has already reached its penultimate season, the stakes have become more deadly, and the choice faced by the characters — more interesting. The fate of each of the characters of the series raises questions concerning the soul “Game of thrones”. Arya stark (Arya Stark) is in danger and might of the avenger to turn into a sociopath. Her former friend-enemy Sandor Clegane (Sandor Clegane), nicknamed “the Dog” goes from a selfish and ruthless killer to sentimental citizen of Westeros, and he asks himself the question: why do bad things happen to good people? A sense of duty and justice have Daenerys Targaryen compete with her sense of legal rights and power. What we have to think about her desire to burn alive their enemies in dragon’s fire?

Jaime Lannister (Jaime Lannister), presented to readers and viewers how to commit incest killer king (alternatively, he threw the boy in the window), is concerned that his sister Cersei from a simple monster into the monster of historic proportions. While he supported the remaining members of his family (Tyrion not take into account). Despite the fact that Cersei has blown up half of the city, it presents itself as the defender of Westeros from the deadly and insane women in the shower Daenerys, from her treacherous partner Olenna Tyrell (Olenna Tyrell), whose family was destroyed by Cersei, as well as from the hordes of foreign barbarians. She already tried to use the religious fundamentalists to dominate, and now she entered into an unholy Alliance with Euronom a Greyjoy (Euron Greyjoy), with one of the most despicable figures in the Kingdom. However, in real life the bad guys, really, sometimes you win — and the same thing happens in the TV series “Game of thrones”, and shows that Euron in the second series of the seventh season of his bloody triumph at sea.

In fact, the bad guys of “Game of thrones” can teach “heroes”. Sansa stark, former first naive character in this series, tends to approach the level of Machiavelli, and what is happening with her transformation was the result of her suffering when she was in the hands of people like Cersei, which she learned a lot. To her dismay, John is still take such decisions as it deems “correct”, however, he pays insufficient attention to how they are able to lead to alienation from his own people, and he learned little as a result of his first death. John is unlikely to die again, but will lead it to the glory of courage and the ability to make an unpopular decision, or inaction?

Conversely, endless conspiracies, the conclusion of transactions and fulfillment of their terms will lead him, ultimately, to the alienation from everyone, and he will lose all his friends? What a lesson this contains for Sansa? It obtained a high price strategic wisdom is admirable, but will she team up with the sinister and little finger to go against his half-brother (i.e., his cousin, but she does not know about this)? Or she can use Littlefinger at his own game and outsmart it at the right time? But if she does, then will it be possible to assume that it correctly plays the game of thrones? Or it would mean that she was another Cersei? But if this is so, it is win or lose? 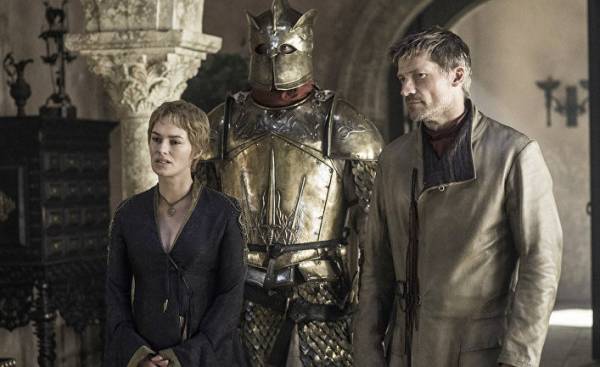 It is obvious that in the “Game of thrones” goodness is not getting the award only because of the fact that it is good, but also evil does not receive the award just because of the fact that it is evil. King Joffrey (King Joffrey), Ramsay Bolton (Ramsay Bolton), Walder Frey (Walder Frey) died a horrible death. Cersei seems convinced that she’ll die soon, too — either from the (remaining) hand of her brother or at the hands of Arya. That’s what Cersei said to ned stark in the first season of this series: “When you play the game of thrones, you win or you die.” She remembers those words in the premiere episode of the seventh season. But this does not mean that based on evil is the way to win is correct, but it does not mean that it is a pure clean way.

The lesson of “Game of thrones” can be formulated as: although, probably silly to be good, like Ned stark, but not always. Ultimately, the good rulers may have less enemies and build alliances. However, as Sansa tells John in the premiere episode of “Game of thrones”, you need to act wisely. This means to be ruthless and unsentimental when you need it and do not follow strictly the principles and traditions. In the “Game of thrones” is undoubtedly a moral compass — it requires flexibility, not stubbornness, cunning, and not innocence. Guessing the true magnetic North of this series and will be one of the biggest honours for his Providence.

This article contains plot details of the series “Game of thrones” which the HBO shows.