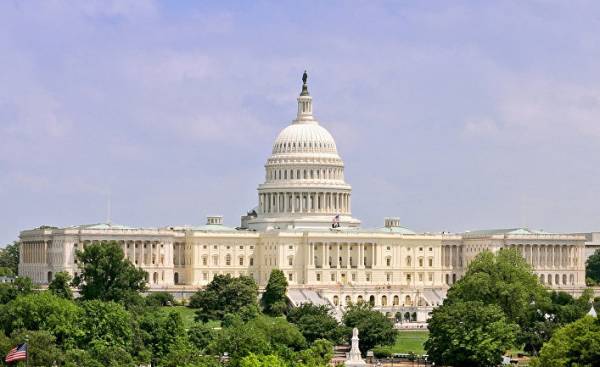 Train anti-Russian sanctions, it seems, is leaving the station of Congress, and it is highly unlikely that both chambers of the legislative branch wants to change the provisions of the bill prepared, especially in the period when Washington’s heat reminds about the forthcoming summer holidays. However, members of Congress, if they are determined to continue this course, you should take a pause and consider some changes. (In support of the various versions of the sanctions voted by an absolute majority as members of the house of representatives and the Senate, and more than enough to overcome a possible presidential veto). Our European allies when they first introduced their large-scale sanctions against Russia for its actions in Ukraine, engaged in this process is critical fuses — assess the process every six months.

Since the EU sanctions must be confirmed every six months, the Europeans have the ability to appreciate any progress. In addition, they can make adjustments to the penalty imposed either in order to respond to further violations, or to support positive developments. Currently there are no specific time frames, after which the sanctions could be reviewed, no clear criteria as to when it will be possible to say whether Russia complies with contained in the sanctions requirements. In addition, there is no mechanism for rapid calibration to the case that will have a positive impact.

Many experts in hindsight came to the conclusion that the American grain embargo against the Soviet Union after the invasion of his troops in Afghanistan, it would be most effective if it was adopted for a period of one year. It would have sent a clear signal of disagreement of the United States, but, however, would not allow Washington to back myself into a corner. Over time, Councils have found ways to bypass the original ban, and it is in no way changed their policy in Afghanistan. Ultimately, the embargo was lifted because of internal pressure from American farmers, who wanted to resume the supply, prevailed over geopolitical considerations. The experts assisting the house of representatives to make adjustments to the original proposals on sanctions, removed some provisions that likely would create problems in the key us allies and would undermine transatlantic unity against the existing sanctions regime.

Given the extreme degree of discontent in the U.S. Congress regarding Russian actions in Syria, Ukraine and in the elections of 2016, some sort of response from the lawmakers was necessary. However, it would be wise to impose major sanctions contained in the two legislative projects, along with the time limits that would have expired in 2018, after the presidential elections in Russia and after the midterm elections in the United States. In this case, the Congress could return to the sanctions and to determine the presence of progress in Syria and Ukraine that would allow more efficient use of American geo-economic mechanisms. The members of Congress who made it clear that they do not trust the current occupant of the White house when Russia will meet the criteria for the lifting of sanctions, may also wish to discuss the question of whether to deprive such of the prerogatives of the future owners of the White house.

Sooner or later America will have a new President and based only on criteria of biological realism, the new President will one day sit in the Kremlin. On the basis of the current bill, the next President of the United States will not be able to quickly take advantage of the changing situation in Moscow. History shows that the lack of flexibility or calibration mechanism in the sanctions Congress might create an optional difficulty for the United States. For example, it took America two decades to calibrate Russia after it was proven that it fully complies with provisions specified in the amendment of Jackson-Vanik. But our European colleagues, particularly the French President Emmanuel macron, who apparently also faced with the actions of Russia, trying to derail his election, still recognize the need for flexibility as regards the application of sanctions against Russia, and want to be able to adapt to changing conditions.

In the past, the Congress used the provisions on the expiration of the sanctions imposed against countries such as Iran. Such provisions demanded from the legislative branch conducting periodic evaluations to determine justification for the extension of the sanctions. The current sanctions imposed against Russia, do not have such provisions, and therefore there is a risk that they probably will not force Moscow to temper its behavior. Instead, Russia may conclude that it has no incentive for concessions, because it is very unlikely that she will be able to fulfill the conditions that will encourage Congress to lift the sanctions.

Lawmakers believe that President Barack Obama has not sufficiently punish Moscow for its alleged meddling in the election of 2016 and that trump’s little motivation on this score, and so they want to be sure that the American club will all clearly visible. But, as noted by the former President, there must always be a “highway exit” if the situation changes. Members of Congress probably will not want to include such provisions in the document that is being prepared for signature by the President, but they should include some changes, if not now, then later, and it must be done to ensure that this bill is not cornered policy of the United States.