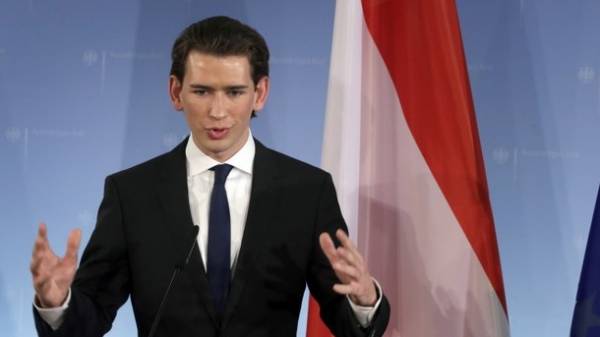 The Minister for foreign Affairs of Austria Sebastian Kurz will meet with the Chancellor by Christian Kern and urge him to bring the country to early parliamentary elections. About it reports Reuters, TV channel “112 Ukraine”.

It is noted that the 30-year-old Kurtz is considered as “the best party the opportunity to raise their ratings”.

In 2013, parliamentary elections in Austria, won by the ruling coalition.