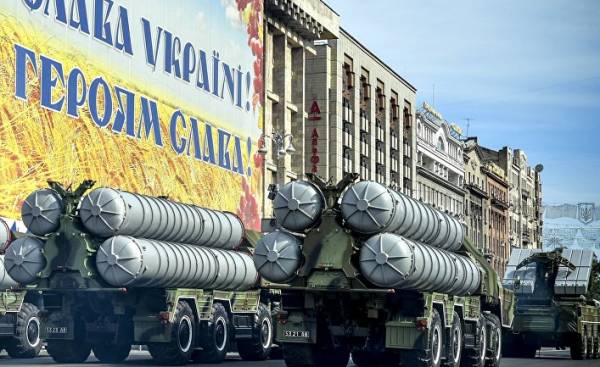 The special representative of the USA in Ukraine Kurt Volker (Kurt Volker) stated that the Americans can supply the Ukrainian army weapons. As he noted in an interview with BBC, talking about “defensive weapons”, which will allow Ukraine, in particular, to protect themselves from the tanks. It is reported that it can be grenade launchers, AT-4 Swedish production.

“It’s not a good weapon against Russian tanks. The initiative looks rather symbolic gesture,” — said in an interview with Wirtualna Polska employee of the center of expertise for NATO in Madrid. He added that Kiev was hoping to get more modern weapons like the Javelin anti-tank systems. However, the Americans may fear of getting their technology into the hands of the enemy, because the Russian special services have access to the Ukrainian structure.

A former employee of the Polish intelligence Agency Robert head (Robert Cheda) considers these concerns to be reasonable, but points out that even a symbolic gesture can have serious consequences. “Formally it will change much, because Russia has always stressed that if the US or another member of NATO will supply Ukraine lethal weapons, it will mean at least the escalation of the conflict”, — said the expert.

Arms as a signal

In an interview with the BBC, Walker dismissed those concerns, saying that they turn the situation on its head. He expressed hope that this step, in contrast, can afford to tie with Russia “new strategic dialogue”. As suggested by Robert head, a signal that a return to the idea of arming Ukraine (which appears not the first time) is just a diplomatic game.

“It’s a tool of American pressure on Russia, designed to persuade her to perform the Minsk agreement. In recent time, we see that the Americans and the French have softened their stance on Syria: both countries are waived the requirement to remove Bashar al-Assad. Perhaps there is a connection with Ukraine, because it is in any case the deal,” he explains.

The matter is complicated by two factors: the differences in administration of the tramp and the attitudes of the USA and Western Europe (especially France and Germany). The first could be seen on Tuesday, when after the speech, Volcker trump has accused Ukraine of supporting Hillary Clinton in the election. We are talking, primarily, about the activities of activists of the Democratic party Alexandra Huts, as well as former journalist and MP from the party Poroshenko Sergey Leshchenko, who during the election campaign, published the material, compromising the head of the election headquarters of Donald trump Paul Manafort.

In turn, disputes between NATO allies could be observed from the beginning of the war in Ukraine. Countries such as France and Germany, fear that the decision on the supply of arms will lead to escalation of the conflict. Added to this is another controversial topic: a new package of anti-Russian sanctions, which prepares the U.S. Congress. In the future they can strike a blow for European companies participating in the project “Northern stream — 2”.

Robert head draws attention to the fact that the new President of France Emmanuel macron sees the relationship with Russia differently. “Macron chose a course on pragmatism. He has big plans for painful reforms and great-power ambitions, therefore he wanted peace in Europe and friendly relations with Russia. In this regard, he called for intensified negotiations in the Norman format”, — said the expert.

A bloody July in the Donbas

After a week of the bloodiest for the whole year of fighting in the Donbass (according to Kiev, they killed 12 Ukrainian soldiers and 20 injured) macron called for a new meeting of representatives of Germany, France, Russia and Ukraine. The conflict entered a more active phase at the same time as Donetsk separatists proclaimed the new virtual state of “little Russia” — it is, according to their idea, should come to replace the modern Ukraine. As suggested by Robert head, a signal from Russia, which is unhappy with the current situation and seeks to accelerate the negotiation process.