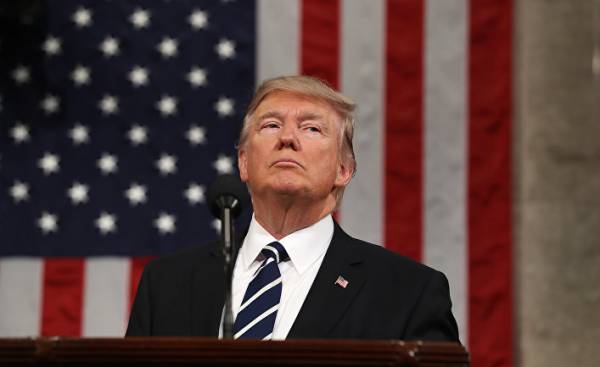 An interview with the analyst of the Polish Institute of international relations Lukas Yasina.

— Biznes Alert: the Us Congress has accelerated its work on new sanctions against Russia. What do You think? Adopt these sanctions trump?

— Yassin Lucas (Łukasz Jasina): Signal showing that he doesn’t do it, yet. To expedite the work of Congress has made the internal situation in the United States, and specifically, the allegations against trump because of the contact of his entourage, his son-in-law of the President of Russia. The Senate a month ago, passed a law which deprived the head of state the possibility to adjust the existing sanctions, some of which were introduced by the so-called “executive orders” of the President. Congress (including responding to meeting trump and Putin and the accusations that in the last month have shaken the American political world) decided to adopt a programme of tougher sanctions against Russia to protect the President from the temptation to limit them.

— In some points of the new sanctions go far beyond the restrictions imposed by Barack Obama. “Nord stream — 2” is explicitly called a controversial project that also touches upon the topic of liquefied natural gas…

— From the Polish point of view it is a very good items. They support our desire to gain energy independence from Russia. The only question that remains, which led to the tightening of sanctions, because the last time Vladimir Putin and Russia did not commit any action that could serve for this reason. In my opinion, the idea was to strengthen the negotiating position of the Americans and to emphasize that in geopolitical terms the United States remains the enemy of Russia. Practice shows that the intensification of the course in Moscow is an efficient way of doing politics.

— One of the points of the sanctions package stipulates that any changes can be made only by granting to Congress a report and after receiving the decision of the congressmen. Republicans and Democrats are afraid that trump will decide to circumvent the sanctions?

— Classic practice of the us Congress the age of Reagan and Bush showed who is in control, what are the priorities of American policy. It is a signal addressed to the Tramp: the policy towards Russia remains unchanged, and the administration of the President should adapt to it.

— So this is the first strong statement that the American sanctions are excessive, to that of Western Europe tried to act in solidarity with Washington. Juncker was largely forced to take this position because in Europe there is a strong group of States that oppose the imposition of new sanctions and even try to limit the existing. Such a signal could be also associated with a mutual dislike of the EU and Donald trump. Let me remind you that the new sanctions will limit, in particular, the German energy sector.

— Is there, in Your opinion, the chance that Brussels and Washington will coordinate its sanctions?

— The course of the last three years was to coordinate American and European sanctions. We did not think that the Americans decided to tighten restrictive measures, going against the opinion of the European Commission. Coordination does not, however, lay in the fact that both parties have imposed identical sanctions. Republicans want to strengthen their position against the Tramp, so I don’t think they will seek to strengthen coordination. Let’s see what will the President. He gets a chance to tighten the final decision of the question of sanctions, all of a sudden being a person who must respond to European opinion.

— After the story turbines of the company Siemens, which was in the Crimea, Germany is considering the introduction of new sanctions against Russia. This prospect is real?

Siemens States that the turbine was kidnapped, denying the fact of any business contacts that are prohibited by sanctions. This topic has received too much coverage in the media that the German government was able to ignore it. So Germany will have to distance themselves from this procedure and possibly expand existing sanctions in technical terms to prevent the sale of German technology to foreign companies.

“Take what you can carry”