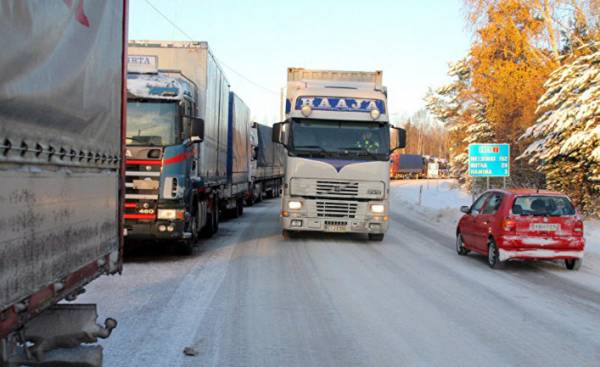 This spring, trade between Russia and Finland increased by one fifth compared with the same period last year. The Minister believes that progress is significant. Tourism is also significantly strengthened.

“Application for visa this spring filed for two-thirds more than in the same period last year. On the Saimaa lake travel many Russians — not only the President Vladimir Putin in the framework of today’s visit — which, of course, has a beneficial effect on the development of tourism in Finland,” says Mykkanen.

Guest morning shows Ylen aamu-tv, Markku Kangaspuro (Markku Kangaspuro), head of research at the Alexander Institute, said that Niinisto and Putin easily find a common language and talk to each other directly.

“The presidents carefully and objectively discuss various issues, despite the differences in opinion,” — said Kangaspuro.

Sanctions have little impact on trade

According to Mykkanen, the activities of Finnish companies in Russia has become more active, although purchasing power has not increased. He believes that the trade does not depend on sanctions, and the state of the ruble and how well the Finns in the country to promote your business.

Mykkanen recalled that prior to the sanctions, more than 90% of trade sector was not associated with areas that fall under the restrictions.

“The situation of dairy sector in exports of food products, of course, very sad. This is a very important issue.”

Mykkanen believes that trade relations are stronger sanctions affected by such factors as the exchange rate, the price of oil and the various weak aspects of Russia, which reduced exports.

The Minister became a participant and morning shows Ylen ykkö saamu, which discussed the reduction in exports of Finland to Russia in half with 2012 — from six billion to three billion euros. The decline in exports began even before the imposition of sanctions.

Finnish exports to the USA at the moment more than exports to Russia.

Mykkanen advised not to show excessive optimism with respect to trade with Russia while trade, in his opinion, has strengthened significantly.

Will the US and the EU a common approach to sanctions?

He believes that the US and EU find a common approach, and will not stop the cooperation because of differences in attitude to Russia.

“It is very important that the US and the EU conducted a line in matters of pressure on Russia, including in the economy. Disunity would not be in the interests of the West,” — said Mykkanen.

Mykkanen commented on the dependence of the Russian economy from rising prices of oil, gas and minerals.

“Russia first and foremost depends on the demand for raw materials.”

According to Mykkanen, the last three years, Russia has focused on the foreign policy of the country. The next few years, the country will focus on how to bring order to the state of the economy.

“Russia will strive to solve the problems of the economy more actively than it had done in the last three years.”