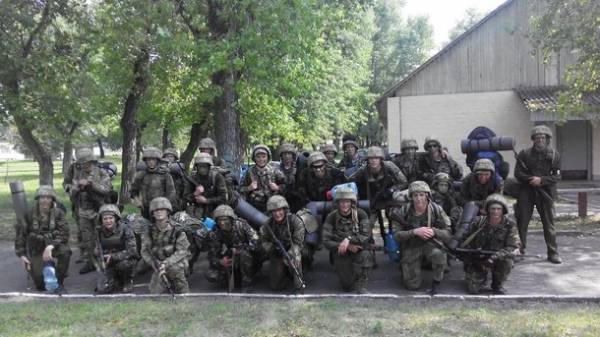 That in Ukraine there are 28 full-fledged combat units, prepared according to NATO standards, it became known after a meeting of the Committee reforms at the Ministry of defence. Foreign experts were preparing of Ukrainian instructors, who will now transfer their knowledge to other soldiers. According to the defense Ministry, only in 2017 was prepared 297 instructors, but only in the Ukrainian army there are 1200 of their instructors, half of whom were trained by foreign specialists.

As reported “Today” in the General staff, the Ukrainian military experts have enough experience in order to train soldiers. For many, this experience was gained during the war in the Donbass. However, in the beginning of 2016, only 3% of these people have the necessary skills and certificates allowing them to teach it by the standards of the Alliance.

“Until the end of 2017 it is planned to certify the majority of their own instructors, and in 2018, the domestic system of training of trainers will be completed,” — said the General staff. However, it did not specify how many Ukrainian trainers trained according to NATO standards, will work in the APU in 2018.

One of the divisions, created entirely by the standards of the Alliance, is 197 national center for training sergeants, which is located near the settlement of Desna in Chernigov region. It is here with the participation of specialists from Lithuania training of trainers, and it also trains NCOs for the APU system, which was adopted in the armed forces of countries-members of the Alliance.

However, just to introduce new military ranks is not enough. Still need to change the principles of military training. After the army of the United States Sergeant division commander, oversees the discipline and training of soldiers. And the officer is engaged in the planning and organization of military action.

Career Sergeant lasts for years and is comparable to the career of an officer.

You can, for example, promoted to chief Sergeant of the armed forces, the official representative of all soldiers and sergeants in front of the high command of the armed forces and before the chief of staff of the U.S. army. To achieve this level, you must serve in the army at least 21 years old. A career Sergeant starts with the ordinary, during which the candidate for the title separated or platoon Sergeant must show high motivation, skills and outstanding leadership qualities.

On the same principle built training and 197th center. The peculiarity of this unit is that all administrative and teaching positions in his state occupied only by sergeants. According to the General staff, 197 national center for this year has prepared 498 sergeants. Another 90 specialists will graduate in December of this year. And next year it is planned to prepare more than 1,000 sergeants, of which 600 will complete the training of trainers. Training of drill sergeants in the 197-m the center associated with activities of mechanized and tank units, but there are special course instructors on the combat system of survival of a warrior.

In addition to the 197-th centre, sergeants cook another 8 training centres and 4 military College NCO. “I try to experiment, your templates the times of the Soviet Union, to organize training on the standards of the countries-members of NATO,” — said the General staff. 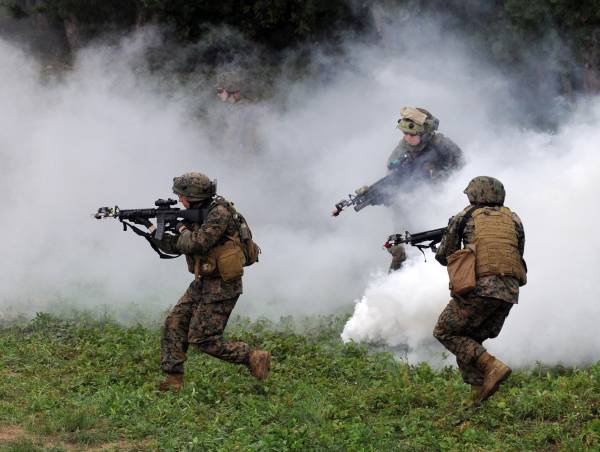 The defense Ministry says that military training, which was conducted according to NATO standards, improved the quality of military training. But not so simple. As explained by the Director of information and consulting company defense Express Serhiy Zgurets, the military standards of the Alliance, which, in fact, conducted military training, are based on statutes, which are fundamentally different from those that were adopted in the Soviet army. And then in Ukrainian, which is still largely used Soviet statutes.

“Our statutes are based on the Prussian system, which requires maximum formalization. That is, deviations from the statutory requirements are not allowed. So if to order our unit to take control of, for example, water treatment plant, it will capture exactly water treatment plant. The American statutes are based on the British-Saxon system, which involves some initiative. American combat order will sound in the following way: cut off the enemy water supply. And the commander will have to think how it is better to accomplish, grab the intake or just close the water supply pipe,” — said Zgurets.

To the West the charters consistent with the Ukrainian customs, Ukraine began to work with American advisers on combat training (Defense Education Advisory Group — abbreviated as DEAG). “With their help, was treated statutes for combat training, based on the experience of the ATO and American guidelines, to link the “separation — platoon”. Now comes the preparation of the same documents to the link “company — battalion”, — said the General staff.

It noted that in 2017 it is planned the participation of Ukrainian armed forces units in 19 multinational military exercises, of which 16 will be held abroad. “All the international teachings, we plan to attract about 14 thousand soldiers, 30 planes, about 25 vehicles and 400 pieces of military equipment”, — said the General staff.

According to Serhiy Zgurets, another program officer training to NATO standards is being implemented in Ukraine with participation of the famous Ukrainian politician, a US-born Roman Zvarych. This program was named “striker” and is now in its third year.

“It is the Ukrainian translation of the us field manuals tactical level. To do this, Roman Zvarych has formed a group of American technical experts. He translates these statutes and publishes them himself,” — said Sergei Zgurets.

In early 2017 the speaker of the Ministry of defence Dmitry Gutsulyak said that the program “Stryker” in a highly mobile airborne troops began to prepare individual fighting of the battalion group. 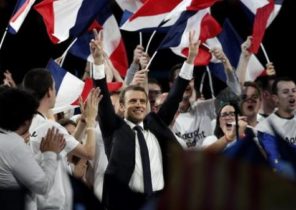