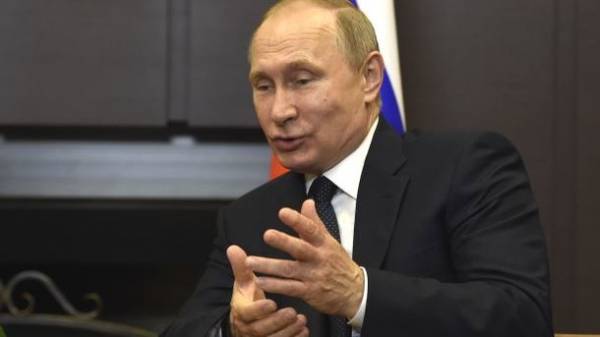 Russian President Vladimir Putin and Ukrainian President Petro Poroshenko during a phone conversation in “channel format” is not supported the initiatives of each other to resolve the situation in the Donbas. This was told “Kommersant” a source in the presidential Administration of Ukraine.

According to him, Putin wants the elections in the Donbass, Poroshenko explained, when they are possible.

“During the conversation, the most active were the President of France. He wanted to speed up the preparation of the road map, but because of the position of Russia, this was not possible. Putin wanted to make the road map political demands for elections in certain districts of Donetsk and Lugansk regions. Poroshenko said that to fully ensure security in these areas no election will be,” said the source.

According to him, Putin also said that Moscow has nothing to do with the statement of the leader of the militants of the so-called “DNR” Alexander Zakharchenko about the creation of so-called “little”.

He also noted that the President of Ukraine Petro Poroshenko has put forward an initiative to resolve the conflict in the Donbas through the UN. The point is, according to him, if Russia will veto the decision on Donbass, it will show you what is involved in the conflict and does not want it to complete.

We will remind, yesterday held telephone talks of leaders of the “Normandy format” on settlement of situation in Donbas.