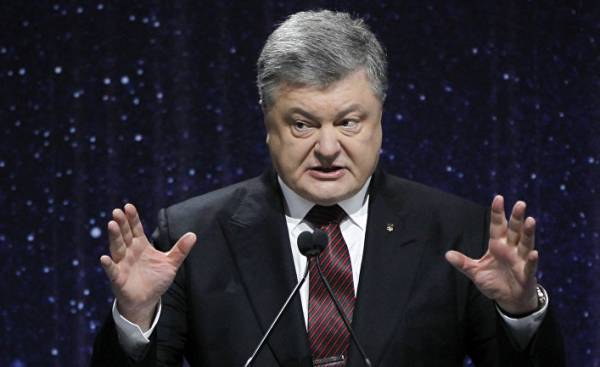 About the President, or good, or nothing. So the most popular TV channels covering the activities of the President. What is it? Censorship, self-censorship or political arrangements owners?

A month ago, along with one of the monitoring agencies and the magazine “New times,” I analyzed the contents of the final editions of the news on four channels, which are leaders in the television market. We turned and read stories during the period from September 2016 to may 2017. The owners of these channels — the Ukrainian businessmen Rinat Akhmetov, Viktor Pinchuk, Igor Kolomoisky, Firtash and Sergey Levochkin. Our analysis showed that during this period the President was mentioned in the final news of their TV channels over 450 times.

And only 27 statements allude to the negativity. Our calculations show that esters are not more than 6% of the critical remarks about Poroshenko. On the Central channels trying to avoid any evaluation of the President, even if it is newsworthy. For example, three years of stay in power. The news just didn’t notice the date.

Carriers the small percentage of critics, as a rule, are not facilitators or reporters, and politicians are invited in the TV Studio. Their statements live it is impossible to control. So, Yulia Tymoshenko in March, giving an interview to “1 + 1”, said that “the Opposition bloc” and the President today is one. And the former head of the SBU Valentin Nalyvaychenko, in December of last year “inter” stated that corruption starts from the current President in office. But such statements are rare. And it’s not about censorship, but rather about the specifics of the media business in Ukraine.

It is no secret that the President is very sensitive about criticism and actively wondered about this show and write. “The Ukrainian truth” noted in one of the publications that the President several times a week meets with their mediasolution.

Knowing about the sensitive attitude of the President to the criticism, the owners of the channels, that is, the oligarchs do not want to spoil relations with the President. After all, Ukraine is a business, and it is better not to quarrel with the President. Especially that TV was never the main asset in the business empires of our rich. It’s usually subsidized business that adds political weight. Of course, the owners of TV channels are not personally watching every news release and every story about the President. For this is the management of the channel, which has a General and simple understanding of what the President and his family should not be disturbed.

In the program of the “Left coast” Sonya Koshkina, the Minister of internal Affairs Arsen Avakov complained that “inter” criticizes only “popular front” and does not touch the associates of the President.

Interesting, but warm Telemann for Poroshenko is only valid for the top 5 TV channels. On the other TV buttons lot of critical information about the President. In Ukraine there are powerful TV program of investigative journalism, where they talk about Villa and Poroshenko in Spain and offshore. Information on the television invited to the Studio representatives of all parties, pressure groups and experts who also do not limit themselves in their own statements live.

For example, even on channel 5, which is owned by Poroshenko, a few years ago live, I talked about the negative influence of his friend, the BPP’s Deputy Igor Kononenko — to the state enterprise of Ukraine. And now in this blog, I are not afraid to criticize the President.

Even if you agree with the owners of the most popular channels on the “non-aggression”, in complete control of information in Ukraine, fortunately, is impossible. The viewer, if you want, will still find the information. So wonder why the big TV channels is so easy to make concessions, limited package, like “the President has arrived”, “the President said.”

I so understand that Poroshenko is already thinking about his second term. And, perhaps, his advisers or he himself considered that the loyalty of major TV channels will help to get re-elected. But this is unlikely. Now the level of confidence in the President is only 14%, despite the warm telefonu. The picture on the TV always loses to reality. Therefore, I advise the President to focus primarily on the real, not the television changes.