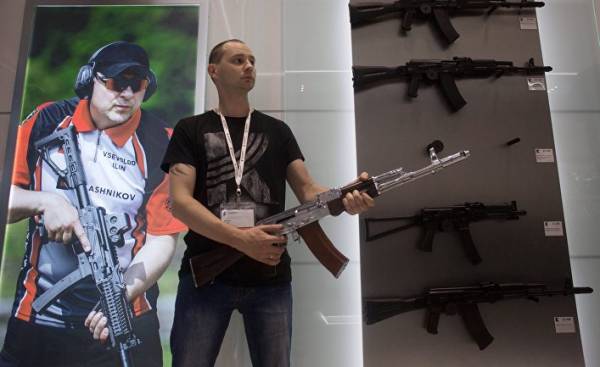 In 2016, the profit of the group increased by 123%. Now the Russian company is investing in drones. In Moscow’s Sheremetyevo airport has a Kalashnikov store that sells exact replicas of the machines.

Kalashnikovs again conquer Asia, Africa and the middle East. The Kalashnikov concern — the company producing the legendary machines, which have become a symbol of products “Made in Russia” is not inferior to vodka, balalaikas and matryoshka dolls, is increasingly focused on selling their weapons to those governments that want to fill your Arsenal and not much to spend. And, perhaps, even to strengthen its ties with the Kremlin.

Bet on the war gives excellent economic results to the giant manufacturer of small arms, 51% of whose shares is under the control of the Russian state. Last year sales grew more than doubled (123%), compared to 2015 year, reaching 319 million dollars. The plants of the concern “Kalashnikov” in Izhevsk have been working 24 hours a day, and the workers work in three shifts.

Such changes occurred after the adoption of U.S. sanctions and the EU against Russia in 2014 in connection with the crisis in Ukraine. Then the “Kalashnikov” is mainly aimed at the United States, the largest and most lucrative market in the world for sales of pistols and machine guns for personal use. The group intended to establish overseas production of some of his sports weapons. After the annexation of Crimea and alleged support for Kremlin separatists in the Donbas Washington closed before the “Kalashnikov” the door.

“The sanctions turned the company focused on the production of non-military weapons in the company of the military type,” — said General Director of “Kalashnikov” Alexey Krivoruchko the Wall Street Journal. The company’s focus on military production also confirmed by the recent acquisition of a shipyard in Rybinsk, which produces warships and amphibious-forming tools, and a plant producing drones, which, according to Krivoruchko, represent “one of the most important sectors of high technology, which is the most developed in the world economy.” Drones, in the opinion of the company, will be able to interact with robots similar to small tanks, equipped with artificial intelligence that will allow them to identify goals and act (read: shoot) automatically.

Krivoruchko for three years, is also one of the owners of the company focused on its modernization: he, along with the oligarchs Iskander Makhmudov and Andrei Bokarev, the closest associate of the Minister of defence of Russia Sergey Shoigu, owns 49% of the shares. 51% of the company’s shares belongs to the giant state holding company rostec, which is headed by Sergei Chemezov, according to some, served in the KGB in Dresden with Putin. To deal with the “Kalashnikov” — it means to deal directly with the Kremlin.
Perhaps no wonder so two years ago, Putin met in Cairo with Egyptian President Al-Sisi gave that just a Kalashnikov.

Since the middle of last century, a Kalashnikov assault rifle appeared in all the hot spots of the world, from Vietnam to Afghanistan, African military conflicts to the various rebellions. They used regular army, terrorists, mercenaries. It is so popular that in Moscow’s Sheremetyevo airport there is even an official shop t-shirts, baseball caps, a variety of things, even exact copies of real guns from which to shoot for fun. However, it is still a symbol of death. It is very easy to operate. So, to take it in hand even children can, as many child soldiers fighting in third world countries. 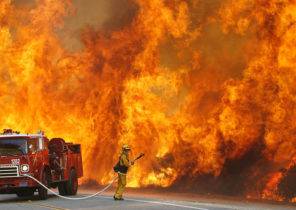