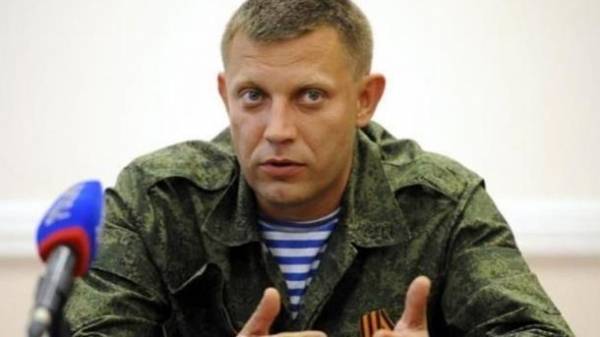 The leader of the so-called “DNR” Alexander Zakharchenko as a politician he is nothing, but earlier was a merchant of chicken. This was told to the “observer” the former Deputy chief of the General staff of the APU, the General-Lieutenant Igor Romanenko, commenting on the identity of the leader of the militants.

“A-praise – of himself and Zakharchenko. Zakharchenko is a puppet. The Carpenter (the ringleader of the so-called “LNR” – ed.) as “leaders” of the Crimea, Russia supplied to achieve Russian objectives in Ukraine. Therefore to say too much about it not worth it. He does what he is told ammunition,” – said Romanenko.

See also: Nevzorov: Warlords will require Ukraine or Russia a million dollars a box of vodka, the blonde and the helicopter – and this will all end

He recalled that what Zakharchenko was before the war.

“As a politician he is nothing. He’s actually one of the traders chicken, so the people in the Donetsk region, he is known as a small “chicken businessman”, not more,” said the General.

Earlier, the leader of “DNR” was an embarrassment, talking on camera about the great-grandmother who during the Second world war was in a concentration camp “Reykjavik”.