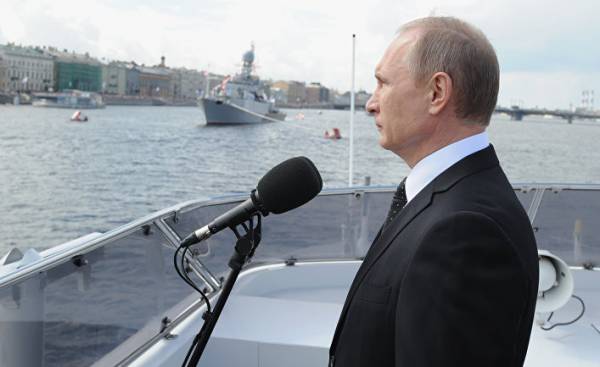 Our generation has grown to believe that if Russia decides for some crazy, she will meet a resolute rebuff from the United States. Today, with the coming to power of Donald trump appeared previously unthinkable reason to ask the opposite question: can Europe rely on the patronage of Russia in the case of the reckless antics of America? This is an absurd assumption came to my mind during dinner in the “Café Pushkin” (this is one of the most beautiful restaurants I have ever been), where I was invited to one of my Russian friend.

E. B. (the initials of my hospitable friend) — 42 years old, he hails from Turkmenistan, and now works for Putin. Behind him is a life full of risk and danger of being some sort of agent, he carried out covert missions and among other things he paid for it with two prison terms — two years each — who served in the former Soviet republics.

Surprisingly, my companion also proved to be a good connoisseur of Portugal, with special enthusiasm speaks about Fado, Portuguese literature and the restaurant Solar dos Presuntos. He says, as a typical Russian — with excitement, genuine interest, gesticulating and looking straight ahead — smokes-a-lot and all the time is applied to whiskey and coke.

I tell him that we Europeans are afraid of the new antics of trump and when to ask, not afraid to do the same in Russia, the answer is absolutely in the Russian spirit: “No! We, Russians, do not fear! And you are in Europe, don’t be afraid of trump: he’s a natural clown — besides, if need be, we are ready to give it back.”

And bravado this is not unfounded, it was confirmed by the Russian history: how during the so-called Patriotic war, when Russia drove Napoleon and the Great Patriotic war, when she was stopped by Hitler, the Russians have convincingly demonstrated that Pasternak, reflecting on Stalinism, called “our cursed resilience in the face of suffering.” However Patriotic and military valor Russian is not exhausted by the confrontation during the two large-scale invasions which eventually turned into a victorious counteroffensive, when Alexander I came to Paris, and Stalin — to Berlin.

For 300 years of Romanov rule Russia almost all the time was in a state of war with Poland, Finland, Sweden, France, Prussia, England, Turkey, or even Japan in the far East, not counting the numerous and regular nationalist revolts that had broken out in the Russian possessions in the Caucasus, Central Asia, Ukraine or the Balkans. And during these three centuries, Russia has only multiplied the victory, adding to their territory on the average for 142 square kilometers per day. In the middle of the XIX century, it occupies one-sixth of the land.

This means that the question is not whether Russian military capabilities and will to win, especially if they think that their “mother Russia” surrounded by enemies and is under threat (it is the eternal arguments of Russian nationalism and error, which continues to make NATO since the collapse of the USSR).

The question is whether Russia is ready, if not to take into account these circumstances and its Imperial instincts, to stand up for the freedoms of Europeans. The answer to this question is not so simple.

“The Russia — conviction inspires me E. B., is not a European country. One part of its territory belongs to Europe, one to Asia, but Russia is neither. Russia — Russia”. Like Turkey, I think. But to a lesser extent than Turkey.

Could not agree more with the fact that, for example, Russian literature does not enter into the framework of the European because of their incredible richness and variety, is a special case. When we read Dostoevsky, Tolstoy, Turgenev, Nabokov, or — most often —Chekhov’s why we are all so familiar and so close? And if my Russian friend agree that “War and peace” is probably the best ever written books, will agree with us Indian, Japanese or Chinese? One literature is not enough, he says. And music, ballet, great Russian paintings, little known abroad, theatre (and the passion that Russians have for Shakespeare)? Either, he insists. And the Orthodox Church, the daughter of the Greek, is the abundance of icons, candles, chants, believers, fingering a rosary, these extreme forms of suffering and of obedience to the invisible and Almighty God, which are familiar to us at Fatima? No, that’s not an argument. Then let’s talk about St. Petersburg, where Russia is shown in the undisputed European appearance.

Whether in Europe, the city, the beauty of his is comparable with St. Petersburg? Paris — no, Barcelona or Berlin — are not; neither Amsterdam or Stockholm or Prague or Budapest or even Florence are not suitable for this role (Lisbon and Porto, despite its apparent popularity, too, hardly had a claim to it). Except that Venice with its Piazza San Marco, but in St. Petersburg, too, there are channels lined with palaces, and although the building is a later construction, they produce no less Grand impression (and maintained in the best condition). Maybe compared to him Rome, which is famous for its light and ancient ruins, while Saint Petersburg was born in 1703 in an empty place solely by the will of Peter the Great. I would argue that St. Petersburg is not Russia, and Imperial growth to the North of the country, specifically designed to become the capital. But there is Russian ruled his vast territory, this is where we make alliances or declare war to other European courts and it is here flocked the most famous architects, musicians, artists, carpenters and sculptors from France, Italy, Germany and other European countries to take part in the construction of the city and the creation of this miracle of human genius, which is the Winter Palace. Enough to take the train and drive to urodlivaya of the city of Helsinki (in Finland, often hidden from the dangers which threatened him Communist hero Lenin) to understand: St Petersburg is not because it’s a Northern city, and because it found its expression of European genius.

Of course, there is Moscow, that’s another story. But Moscow — the Kremlin, the “fortress” — there before we can talk about Europe in the twelfth century (and even then, its first architect was the Italian). In a year when Russia will host the main football tournament, the world will discover Moscow, which is now actively being updated and improved, the city is decorated with flowers, perfectly clean streets, beautiful lights, shops, shopping centers and restaurants that boast great taste and famous for its breathtaking underground, which will cause a blush to every American, if he decides to compare it with subway at home. And again: standing in front of Russia the task to match European and Asian standards and requirements. Because history never forgives mistakes: when Alexander I of Russia met with Napoleon to deal with the division of Europe, Russian Tsar, noting Corsican accent of French, could not resist the comment: “I speak French better than the French Emperor.” Outside of Moscow began barbaric limits.

Of course, for political reasons the Russians have to say that Russia is not Europe, and the crossroads of Europe and Asia. Even today — and tomorrow, perhaps even stronger — this is the main justification for the geography and sociology of the Empire. Since Russia is the latest of empires, and it is due to the fact that Putin is so well able to imagine and understand, and he enjoys unquestionable popularity among Russians. In the West, may expose the excesses of the autocratic Putin — Russian all this completely indifferent: they have always lived under the autocracy and for them it is better a thousand Putins than another Stalin. The problem is not in Russian, and we have: it zakljuchaetsja that we look at Vladimir Putin, a native of this wonderful city of St. Petersburg, and Donald trump, which has enlisted the support of the ignorant American heartland, and I think that Putin is much smarter, more cultured and more experienced than the American redneck, who imagines that he is able in his apartment on 5th Avenue to reproduce Versailles and will be able to control America like their casino. And particularly horrified by the idea that Putin’s skillful play could contribute to elect Donald trump President of the United States. But for what, for what purpose — that is the question. 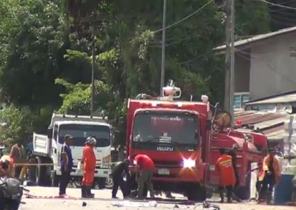