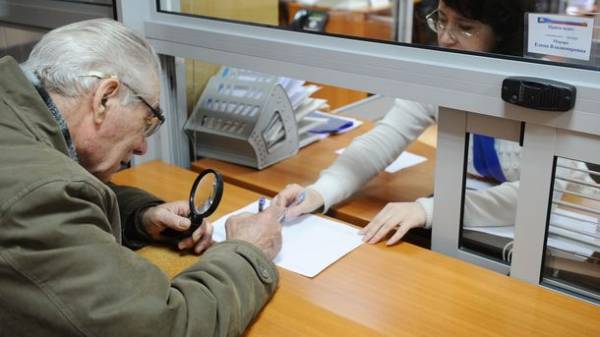 The Verkhovna Rada adopted in first reading a draft pension reform. In the second reading the document will vote this fall. As promised, Prime Minister Vladimir Groisman, the retirement age for the Ukrainians increased. The number “60” it remains, however, the requirements of the retirees will grow every year. Those who do not perform, will retire in the second (’63) or even third (65) of the queue. The website “Today” to find out what the requirements need to perform for retirement after the reform.

After the reform, Ukrainians will face a “flexible” retirement age. Someone like before, will go on a holiday in 60, and someone will have to work until 65. Moreover, every year the number of those who will not be able to fulfill the requirement for length of service will grow. For example, in 2021-m “in time” will receive a pension of 75% of Ukrainians, and in 2028-m – only 55%. That is almost half of the 60-year-old Ukrainians will not be able to go out on a “deserved rest” in 2028. 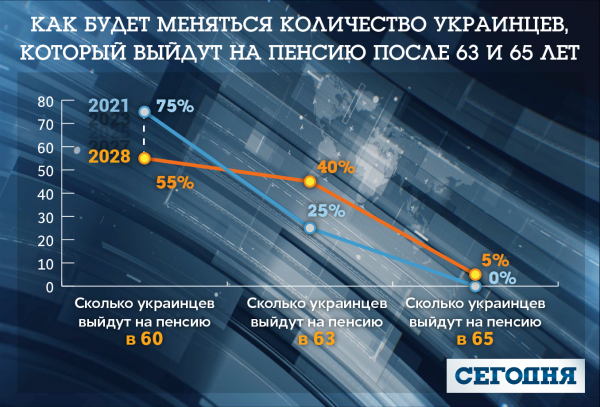 As noted in the Institute of demography and social studies, the younger Ukrainians, the harder it will be to prove the existence of experience. For example, until 2004, the experience was taken into account the training in the universities, the army and so on. Now is only the time when the Ukrainians paid contributions to the Pension Fund, that has been formalized according to the Labor code. In addition, if a Ukrainian was born in 1960, for retirement at 60 he’ll need at least 27 years of service. And the one who was born in 1970, has 35 years of experience.

The table prepared by the site “Today”, you can see what experience, according to the draft pension reform will be presented to the Ukrainians. 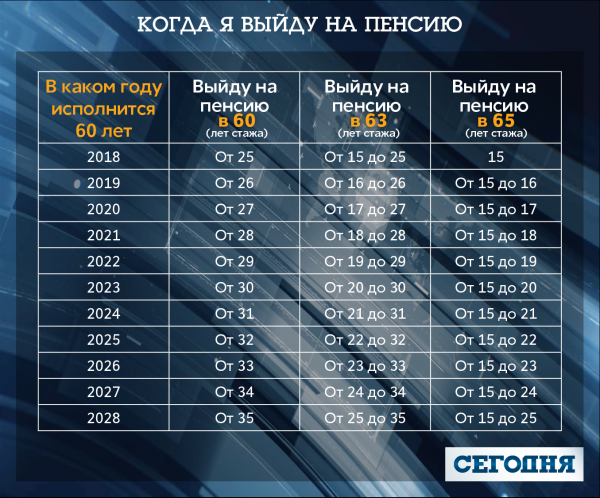 The government this proposal is explained simply. Retirement need to earn and Ukrainians, which is honestly all his life and paid contributions to the Pension Fund, can’t be in the same terms as those who officially worked only 15 years old. An expert in the field of pensions Lydia Tkachenko notes: in the 90 years the majority of Ukrainians, even if not worked, it was somewhere official. While until 2000 the stringent requirements for accounting experience, as now, did not exist. So to say exactly what documents and what kind of experience will come for pensions Ukrainians a couple of years, difficult.

It is worth noting that the first few years will be to act “preferential terms” retirement. “Flexible” retirement age will be fully operational only in 2021. If turned 60 from 2018 to 2020, there are more than 15 years of service, but less than those required by the new legislation, you can go to on social security and receive temporary cash assistance. At the same time, those who did not work and 15 years of experience, in General will remain without a pension.

Which pension the Ukrainians have the right after the reform

The Parliament proposes to reduce the assessment ratio of length in the formula by which pensions are calculated, by 25%. Accordingly, in the fourth part and decrease the size of all payments scheduled after the reform. The Ministry of social policy explained: the coefficient of evaluation of experience was promoted in 2008 to the fact without economic justification. Last year, the unified social tax was lowered from 37 to 22%, the shortage Partionnogo Fund has reached a critical level 145 billion in order to stabilize the situation, we have to make unpopular decisions.

The amount of the pension after the reform will be considered by the formula: average salary for three years * the ratio of the average wage to own * number of years * 1%. If the reform acted now, with the salary of UAH 10 thousand and 30 years of experience can qualify for a pension in 1651 the hryvnia. While reform – 2283 of the hryvnia.

*Approximate calculation of pensions after the reform, taking into account that the wage level has not changed and without allowances for seniority in excess of

It is believed that a decent pension is 60% of earnings specific person. That is, if you earned 10 thousand, then a “comfortable” retirement – 6 thousand. In the Convention of the International labour organization States that the amount of the pension may not be less than 40% of the usual earnings. In the future, the Ukrainians can count on a 45 or even a percent of their earnings in retirement. But only on the condition that if Ukraine will start the compulsory accumulative level

The Ukrainian pension system, according to the law, consists of three levels. In solidarity, mandatory funded and voluntary funded. Three of these levels must work in parallel with the retiring Ukrainian can get three pensions. The first pension – solidarity level – can provide 30% of earnings, the second level of compulsory savings and another 10% voluntarily funded – 5%.
Full in Ukraine has only the first level. However, the complex demographic situation (10 working for 12 pensioners), high level shading (to 40% of Ukrainians receive salaries), low wages – all this does not allow the solidarity system to provide high pensions. Start the savings level assumes that every employee needs an extra few percent of their salaries to accumulate on their personal account. This will allow the retirement monthly to a certain amount. 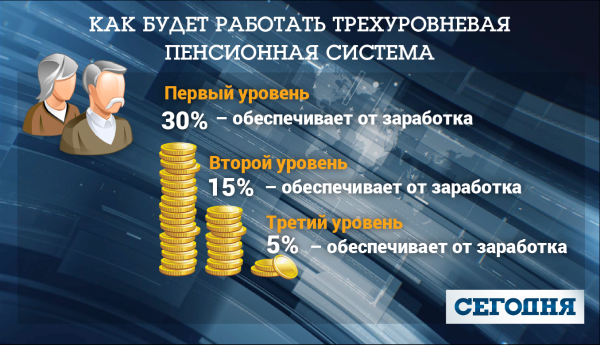 The compulsory accumulative level, the government plans to launch after the elimination of the deficit in the budget of the Pension Fund. According to Vladimir Groisman, it will take 7-10 years. 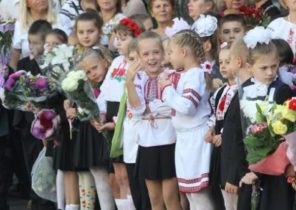