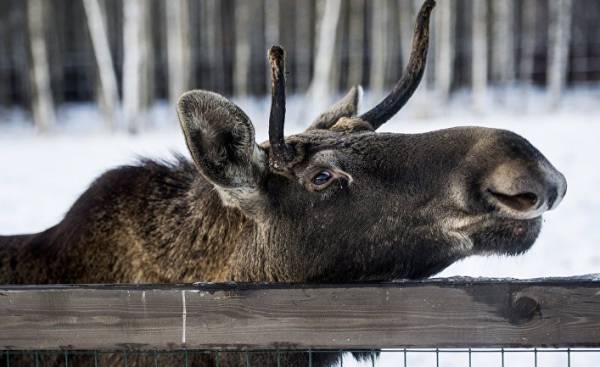 In the opened last year, the Russian Museum of military history “Owl Mountain” is not yet a lot of visitors. The Museum, located right in the rock, is located just a few kilometres from the Karelian town of Lahdenpohja.

“After Finnish media started to write about our Museum, the number of visitors increased significantly. Finnish tourists began to arrive groups,” says the Museum Elvira Simacheva in an interview with Iltalehti.

The popularity of the Museum among Finnish tourists is easily explained: it is in the immediate vicinity of the border with Finland on the territory of the Republic of Karelia.

Perhaps the most surprising exhibit in the Museum are photos of moose, the training which the Red army was doing in the 1930-ies, even before the Winter war with Finland.

In the Museum you can learn that at the turn of 1920-1930-ies of the famous Soviet zoologist Peter Manteuffel expressed the idea about using moose for military purposes. Moose was more suitable for use in sparsely populated, marshy and wooded areas of the battlefield where horses could simply get bogged down in the snow. In addition, traces of moose would not have caused the suspicion of the enemy, as it could cause the horse tracks.

The report, written by Manteuffel stated that the use of moose in the war is a good idea, as they are able to move in tight areas and almost impassable terrain and carry a lot of weight. In addition, the elk easy to provide the food during the trip.

Over a thousand moose

In the years 1932-1937 in the “special nursery Volosovo № 3” one hundred employees made the nearly impossible possible. Moose calves are accustomed to humans from an early age and using special techniques taught to execute certain commands.

The Director of the nursery has appointed Mikhail Glukhov, a young but already experienced for his age zoologist.

According to diary entries of one of the most difficult tasks was to teach the moose to the sound of gunfire. Every day calves are shot from guns, gradually increasing the number of shots.

Employees had phenomenal hearing animals and taught them to distinguish between the intonation of Finnish and Russian speech. Moose, it worked great, they could discern the Finnish language from a mile away.

According to Simacheva, in 1939, there were more than 1.5 thousand trained moose. Simultaneously trained and cavalrymen.

“They say that in the first years after the Winter war the Finnish hunters very was frightened when encountered while hunting elk, behave unusually. Moose didn’t pay attention to the shots of hunters and fiercely rushed at them, hearing the Finnish language,” says Simachev.

Although moose, like the animal fights, and was the undisputed advantages over horses, they had one drawback, which the Soviet experiment has remained only an experiment.

Despite numerous attempts, moose failed to teach to gather in the herd, what a dream of Soviet leader Joseph Stalin about the use of elk cavalry during the war and remained a dream.

At the beginning of the Winter war 1939 moose still used for combat purposes. Numerous Russian sources confirm that thanks to the elks, the Soviet army stood at the beginning of this war. During the Second world war, when the Soviet Union fought against Germany, some of moose was sent to Belarus, but the majority still remained in a special nursery. The nursery was not far from Leningrad, and during the shelling he was hit by a shell. Nursery burned to the ground.

Part of the elk escaped, fled to the nearest forest, but for military purposes they are no longer used. So promising experiment with the moose, which began in the Soviet Union, failed. 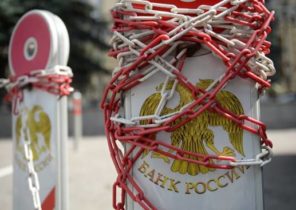